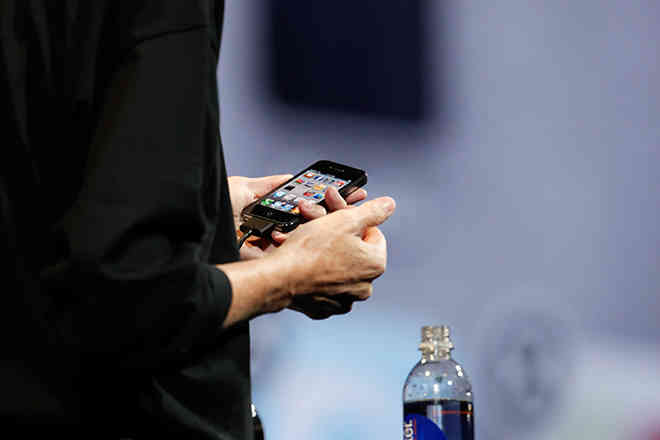 A little more light has been shed on the odd story of Apple losing another iPhone prototype in a Bay Area bar.

The man who’s home was searched by what he believed to be San Francisco Police Department officers was Bernal Heights resident Sergio Calderón,SF Weekly discovered. And the police officers? They may have been investigators working for Apple who were actually impersonating police officers.

Impersonating a police officer is a misdemeanor in California, and is punishable by up to a year of jail time. Another option is that Apple was working with police officers, and a proper report was never filed. When the SFPD has been called and asked about the Apple incident, representatives said they had no knowledge of the search.

“This is something that’s going to need to be investigated now,” SFPD spokesman Lt. Troy Dangerfield told SF Weekly. “If this guy is saying that the people said they were SFPD, that’s a big deal.”

On Wednesday CNET News.com reported that in late July an Apple representative lost a “priceless” next generation iPhone prototype in San Francisco bar Cava 22. Apple reportedly used GPS to track the phone to a Bernal Heights area home, where police officers were given permission to search the home for the device. The resident was offered money by Apple for the iPhone’s safe return, but it was not turned in. The phone was sold on Craigslist for $200, according to CNET, but no independent evidence of the post has surfaced.

The incident is reminiscent of what happened last year when an iPhone 4 prototype was left at a Redwood City bar, and purchased for $5,000 by Gizmodo.

Here’s what went down, according to the new report by SF Weekly:

Calderón said that at about 6 p.m. six people — four men and two women — wearing badges of some kind showed up at his door. “They said, ‘Hey, Sergio, we’re from the San Francisco Police Department.’” He said they asked him whether he had been at Cava 22 over the weekend (he had) and told him that they had traced a lost iPhone to his home using GPS.

They did not say they were there on Apple’s behalf, but they said that the “owner of the phone” would offer Calderón $300 for the phone.

Calderón told SF Weekly that he was threatened by the law-enforcement officers when they visited his house, and said that he has no knowledge of the prototype.

One of the officers who visited the Calderón household was a man named “Tony”. He left his phone number with Calderón in case he discovered any information about the lost phone. It turns out the phone number belongs to an ex-cop named Anthony Colon, who apparently now works for Apple. A search on LinkedIn found that Colon works as a special investigator for Apple and is a former San Jose police officer. That page is now removed from the site, but caches can still be viewed.

This tale keeps getting weirder and weirder. Apple hasn’t returned phone calls on the matter from Wired.com.