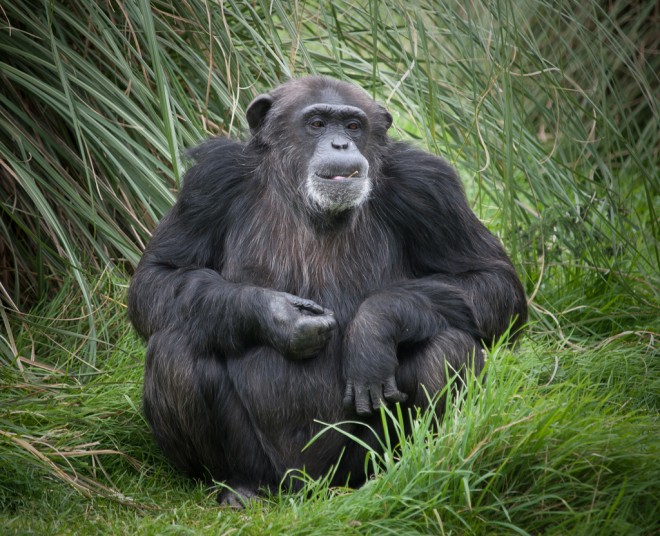 A regulatory oddity that gives different levels of protection to wild and captive chimpanzees is up for review, potentially changing how humanity’s closest living relatives are used in research and entertainment.

That designation permits the use of chimpanzees in commercials, as pets and — most controversially — as subjects of medical testing. About 1,000 chimpanzees are owned by private and government labs in the U.S., which outside of Gabon is the only country to permit invasive chimp research.

“Such use not only has negative welfare impacts on captive chimpanzees, but undermines the conservation of wild chimpanzees and is inconsistent with the Endangered Species Act,” said the Humane Society in a statement. “The federal government does not ‘split list’ any other endangered species by wild and captive populations, and it should not have done so in this case.”

The Humane Society is part of a coalition of animal advocates and conservation groups, including the Jane Goodall Institute and the American Association of Zoological Parks, who petitioned the U.S. Fish and Wildlife Service to reconsider the chimps’ status. The USFWS announced its decision to reconsider on Aug. 31.

The Fish and Wildlife Service originally classified captive chimpanzees as threatened in 1990, a decision guided by scientists who argued that medical research was necessary for progress on diseases like AIDS.

But chimpanzee use has dwindled steadily, with scientists and companies finding medically superior and less-controversial techniques. The National Institutes of Health says chimpanzees are now a “last resort” for researchers on any disease except Hepatitis C.

And as they’ve fallen from medical research favor, evidence has steadily accumulated on chimpanzee intelligence and thoughtfulness. Many researchers now say chimps should be given the ethical consideration accorded children who cannot speak for themselves.

“From their point of view, it’s like torture,” said primatologist Jane Goodall in testimony Aug. 15 to a high-profile Institute of Medicine committee now evaluating the use of chimpanzees in medical research. “They are in prison and have done nothing wrong.”

Medical research on chimps is also targeted by the proposed Great Ape Protection Act, which would ban invasive research on any great ape.

The Fish and Wildlife Service will accept public comments until Oct. 31.

Read 2048 times
Published in News Technologique-Tech News
More in this category: « Georgian Army Rented for Russia-Hating War Flick Android Blasts Into Space to Work With Robots »
back to top