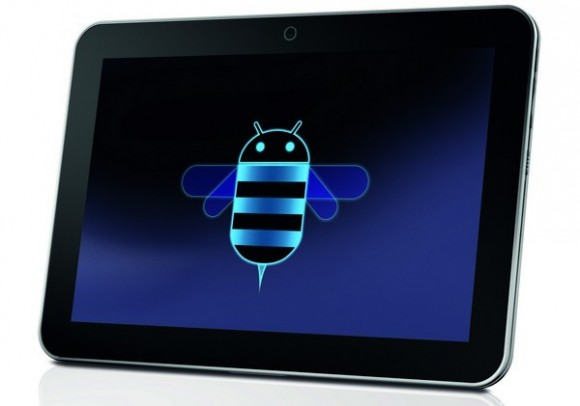 Over a dozen new tablets have been unveiled so far this year, from the Motorola Xoom to the funky Fusion Garage Grid 10. Many have taken Apple’s lead by slimming down their mobile products. Toshiba unveiled its 10-inch Thrive tablet earlier this summer, but some devices experienced some bugs after the initial release.

The brushed aluminum AT200 tablet will be available in 16-, 32- and 64-GB models, and will also includes a 5-megapixel rear-facing camera with an LED flash. It’s got mini-HDMI out, a micro USB port, and a micro SD card slot. It’s supposed to get 8 to 10 hours of battery life.

Toshiba’s Portege Z830 notebook takes aim at the MacBook Air market. At its thickest point, the Z830 is 0.63 inches, and it weighs only 2.45 pounds. It’s encased in a magnesium and aluminum alloy shell, and is just big enough to house all of the ports you need: two USB 2.0, one USB 3.0, VGA out, SD card reader, ethernet, and HDMI.

Toshiba’s Portege Z830 isn’t as powerful as other comparable notebooks on the market, as it features a somewhat less-powerful Core i3 processor. But what it lacks in power, it makes up in battery life and price; the juice is supposed to last for eight hours, and the entry-level Z830 costs under a grand. Higher-end configurations can include a Core i5 or i7 processor.

The Portege Z830 will be available in the U.S. in November, but no date has been pegged for the AT200’s release. 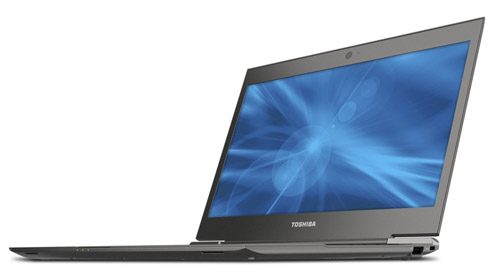