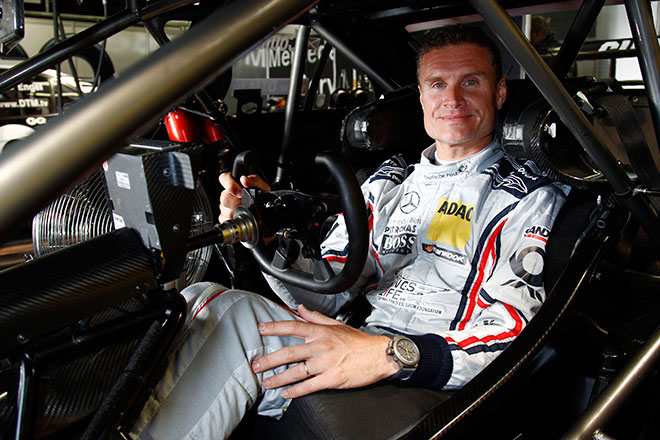 This is it. The Mercedes Live Race, where former Formula one ace David Coulthard races against six of the hottest gamers in the world.

Six competitors, selected from among thousands of entrants, will compete online against Coulthard as he laps a real track in a real car. Everyone will be be behind the wheel of a Mercedes-Benz AMG SLS “Gullwing.” The only difference is Coulthard’s is real. His challengers are racing in Gran Turismo 5’s digital realm. The fastest of them wins a trip to the Brazilian Grand Prix.

Everyone is racing against the clock. Everyone is driving the same car, on the same track. Everyone gets 15 minutes to set their fastest time. And you can get in on the action online through Sony and the developers of Gran Turismo 5, who are making it a seasonal event you can participate in with your PlayStation3.

“My challenge to all of the gamers out there is, can you beat the real thing?” Coulthard said. “Let’s see if you can beat me!”

Coulthard is no slouch. The former F1 (and current DTM) driver scored 13 grand prix wins during a career that spanned 15 seasons. He ranks 11th on the list of all-time points scorers.

“When I first heard about this I thought it would be DC racing gamers on a computer game, and he’s absolutely hopeless at that,” said former F1 driver Martin Brundle, who with Coulthard is an F1 commentator for the BBC. “But in a real SLS I think he’ll give them a good run for their money.”

We’ll see. You can watch the action here and comment on it as it all unfolds.