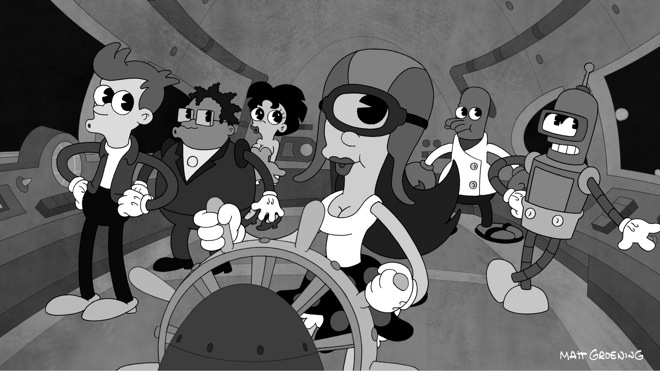 “You get to see Futurama come back in three different animation styles,” executive producer David X. Cohen told Wired.com in June, shortly after Comedy Central announced the death-proof show’s 26-episode seventh season, which will air in 2012 and 2013. “There will be a black-and-white segment, a 1980s videogame segment and then a Japanese anime segment.”

The black-and-white segment of “Reincarnation,” previewed above, looks like it stepped out of a time machine after hanging out at Fleischer Studios, whose mind-bending toons like Betty Boop and Superman sequenced the genes for animation’s future in the ’30s and early ’40s.

Details are sparse on the videogame segment, but good things come to those with no expectations. It’s a philosophy perfectly suited to Futurama’s several reincarnations over the years — hence the episode’s title.

Let us know in the comments section below what you thought of Futurama’s sixth season, and what you’d like to see in the next two years. Those who think The Simpsons and Futurama are running out of renewable energy are invited, but should expect at least a flaming belch or two. 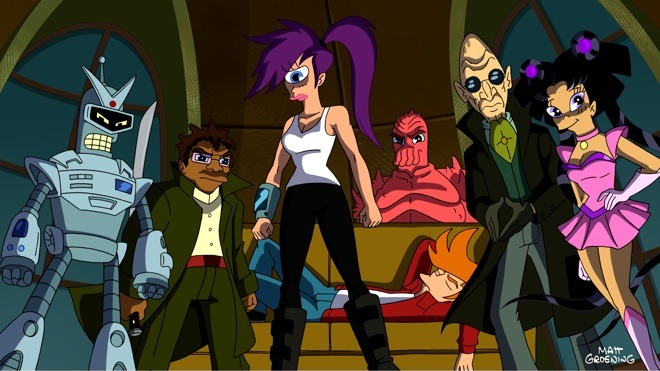 Read 2272 times
Published in News Technologique-Tech News
More in this category: « Three Lessons From Two Months of Tech-Sector Madness Is This the First Photo Taken With iPhone 5? »
back to top