Rare Kingfishers Hatch at the Smithsonian 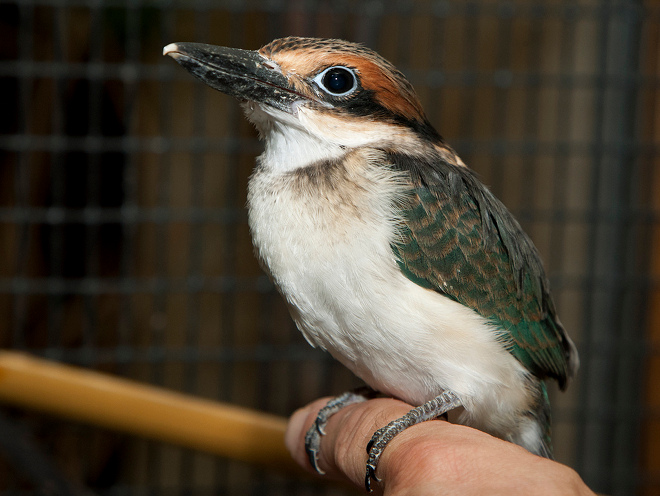 Two critically endangered Micronesian kingfishers, among the rarest animals in the world, hatched recently at the Smithsonian Conservation Biology Institute.

These new chicks, a female hatched July 25 and a male hatched Aug. 20, boost the total world population to 131. The chicks are hand-reared, fed at two hour intervals, seven to eight times a day.

Extinct in the wild for more than 20 years, Micronesian kingfishers are difficult to breed in captivity. Male and female birds can be reluctant to bond. Not all parents are able to successfully rear their offspring, and their health can be delicate. A third chick hatched at the Institute’s Bird House on Sept. 3 died two days later of unknown causes. 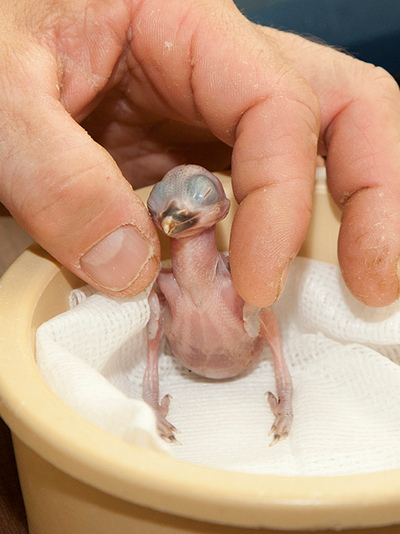 Micronesian kingfishers, or Todiramphus cinnamominus, were once abundant in the forests and coconut plantations of Guam. After World War II, they were hunted to near-extinction by the brown tree snake, an invasive species that reached the island stowed away in military equipment shipped from New Guinea. With no natural predators on Guam, the tree snakes annihilated the population of kingfishers and eight other bird species.

The new birds hatched this summer bring to 10 the number of Micronesian kingfishers at the Smithsonian.

“Both chicks are thriving,” said Chris Crowe, a bird keeper at the Conservation Biology Institute, in a press release.

“The female flies short distances and is increasingly confident and vocal, and the male is beginning to grow feathers and has a healthy appetite for crickets, mice and small lizards.”

Visitors can see the birds at the Smithsonian’s National Zoo Bird House.