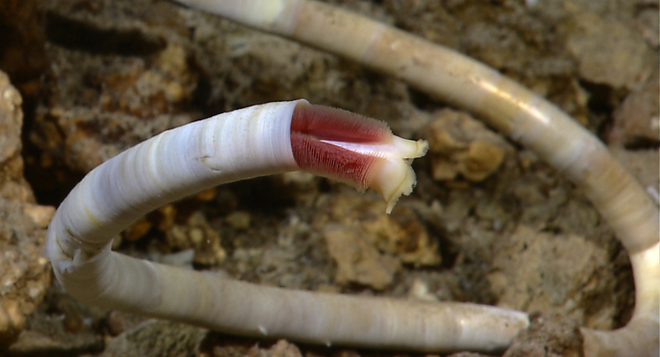 Marine biologists have discovered a never-before-seen duo of organisms colonizing a deep-sea hydrothermal vent in the Atlantic Ocean.

“[T]he iconic symbol of Pacific vents is the tubeworm, while the iconic symbol of Atlantic vents is the vent shrimp … To find both together has important implications for the evolution of vent communities in the Caribbean as the Atlantic became separated from the Pacific some 5 million years ago,” said marine biologist Paul Tyler of the University of Southampton in a press release Sep. 7.

Although Tyler was aboard the NOAA expedition vessel, called the Okeanos Explorer, most of the science team worked from land. They watched real-time live video from a robotic submersible and communicated with the ship’s technicians using high-speed satellite communications.

NASA data from 2009 suggested hydrothermal vents, or openings on the ocean floor that spew volcanically heated water, lined a rocky underwater ridge near Grand Cayman Island. Instruments on board a UK-funded expedition in 2010 confirmed their existence at a location called the Mid-Cayman Rise.

In August 2011, Okeanos Explorer paid a more personal visit to the site with a submersible robot.

The team discovered the unlikely duo of shrimp and tubeworms, neither of which can rely on sunlight at the bottom of the ocean to power a food chain below them. Instead, the creatures have evolved to harbor chemosynthetic bacteria that feed on rich nutrients that billow from hydrothermal vents. 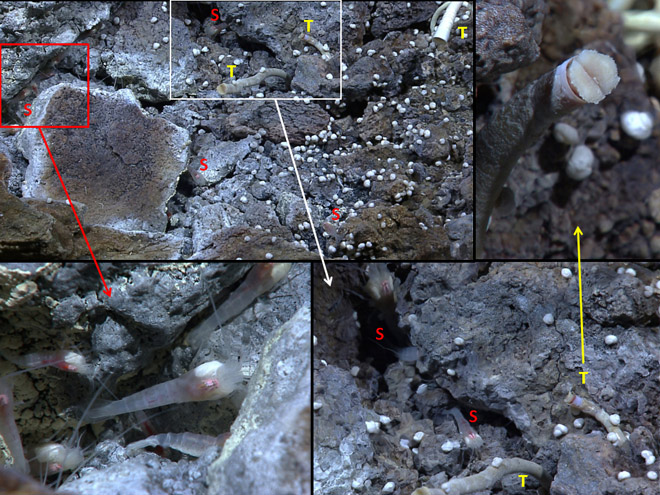