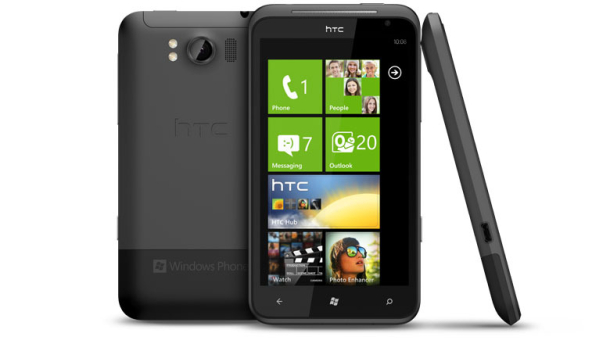 The HTC Titan is one of a crop of Windows Phone Mango handsets that will debut this fall. Image: HTC

AT&T announced today that it is getting three new Windows Phone 7.5 (Mango) handsets sometime this fall.

Microsoft’s Windows Phone Mango is expected to bring much needed updates and social networking integration to Windows Phone 7. One key feature of the Mango update is its streamlined “People” hub, an all-in-one contacts list with Facebook, Twitter and LinkedIn integration. The OS refresh also allows for multimedia messaging, copy-and-paste and multitasking. Windows Phone 8 also is set to debut soon, rumored for a 2012 release and a possible giveaway for developers at the BUILD conference. But as of now, it looks like it’s designed more specifically for tablet and desktop PCs.

At the IFA electronics showcase in Berlin, HTC showed off the Mango-running Titan and Radar smartphones. The Titan, coming to AT&T, has an almost-monstrous 4.7-inch display. It also features a 1.5 MHz processor and an 8-megapixel camera with dual LED flash.

So far, Windows Phone 7 hasn’t gained a lot of traction despite fairing well critically. Recent stats show it has about 9 percent of the mobile OS market in the United States. With Nokia’s adoption of the Windows Phone 7 platform and abandoning of their Symbian OS, Windows Phone could start taking a bigger chunk of the market… if consumers warm up to it.