Tar Sands Showdown: The Fight Over the Future of Energy 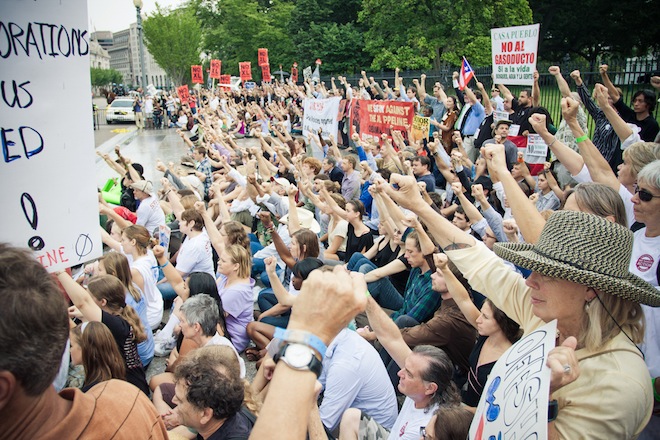 Over two weeks at the end of August and beginning of September, more than 1,200 people were arrested in Washington, D.C. during acts of civil disobedience against the proposed Keystone XL oil pipeline.

The protests were the environmental movement’s largest in decades, in keeping with the pipeline’s scope: It would run some 2,100 miles from the vast tar sand deposits of Alberta, Canada, which contain crude oil deposits large than any in the world outside Saudi Arabia, to refineries in the Gulf of Mexico.

As immense as the oil sands deposits are, however, they’re also difficult to access. Extraction is toxic, environmentally destructive and energy-intensive. The pipeline would also cross hundreds of streams and rivers, including the Ogalalla aquifer, which supplies fresh water to most of the Great Plains. Environmentalists say the tar sands oil is very dirty, and that jobs gained by building the pipeline will be offset by clean energy losses. 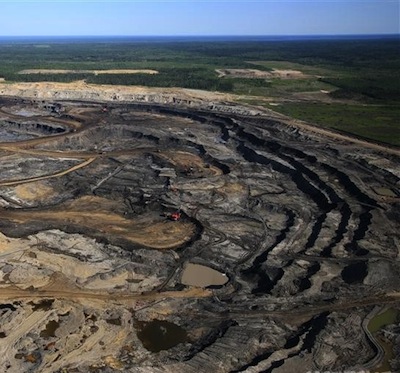 Before it can proceed, the pipeline needs official approval from the Obama administration. In August, the U.S. State Department — headed by Hillary Clinton, whose former presidential campaign director is a lobbyist for TransCanada, the hopeful builder of KeyStone XL — said the tar sands were clean. President Obama’s decision is expected before the year’s end.

Wired.com talked to author and activist Bill McKibben, one of the protest’s leaders, about tar sands, politics and environmentalism.

Wired.com: What was the last concerted environmental action of this magnitude? I didn’t think environmentalists could still muster this level of fire and organization.

Bill McKibben: I think the last time there was something remotely like this may have been in the desert testing grounds for nuclear weapons sometime in the 1980s, and maybe at the Seabrook nuclear power plant in the 1970s. And my guess is the last time there was two weeks of nonstop civil disobedience may have been back in the civil rights movement. But those guys were doing things, and facing risks, of a whole different order, so it doesn’t even make sense to compare.

Wired.com: NASA climatologist James Hansen’s “game over” comment has got a lot of attention. Do you truly believe it? If failing to stop the tar sands exploitation really is a “game over” situation, and it comes to pass, then why shouldn’t people just quit trying altogether?

McKibben: I think if we go whole-hog in the tar sands, we’re out of luck. Especially since that would doubtless mean we’re going whole-hog at all the other unconventional energy sources we can think of: Deepwater drilling, fracking every rock on the face of the Earth, and so forth. 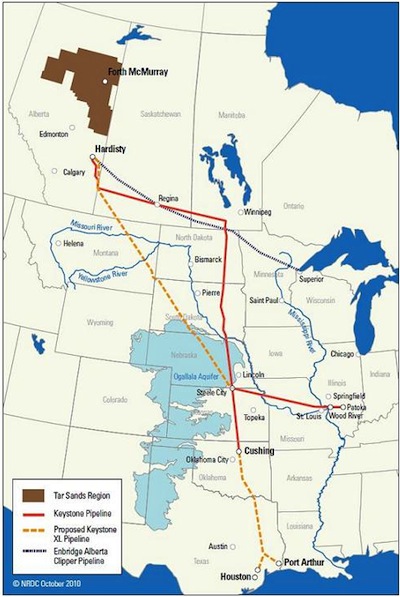 Here’s why the tar sands are important: It’s a decision point about whether, now that we’re running out of the easy stuff, we’re going to go after the hard stuff. The Saudi Arabian liquor store is running out of bottles. Do we sober up, or do we find another liquor store, full of really crappy booze, to break into?

Wired.com: TransCanada officials say that whether or not Keystone is built, the sands will be tapped and the oil burned. What’s your response to that? What’s the next step if Keystone is rejected and TransCanada proposes a different route?

McKibben: Well, they badly want to build another route west to the Pacific. The trouble is, they can’t. The First Nations tribes — who are much stronger legally than American tribes — have put the kibosh on it for years, and have said in recent weeks: No way, no how. I was just up in the Northwest territories with some of the leaders of Canada’s native nations, and they were very clear: That dog won’t hunt. The Canadians know it.

Earlier this summer the energy minister of Alberta told the Globe and Mail that if they couldn’t get Keystone XL built, he’d be “landlocked in bitumen.”

Wired.com: TransCanada also claims a “60-year record of building pipelines safely,” to roughly quote TransCanada official Alex Pourbaix. What is your response to that?

McKibben: I think the best response was the recent front page New York Times story. Pipelines leak like crazy. The pipeline industry is supposed to be regulating itself, and in the last year that’s claimed the Kalamazoo River and a stretch of the Yellowstone River. I’d just as soon it didn’t claim the Ogalalla Aquifer too, especially since this pipeline is going to be carrying less oil than a kind of sandy sludge, acidic and corrosive.

Wired.com: What is your evaluation of the State Department’s claim that tar sands oil doesn’t have a significantly larger carbon footprint than regular crude? 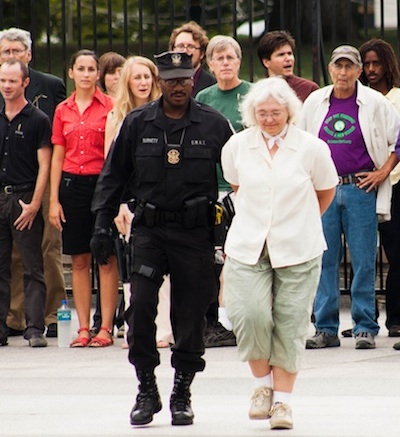 McKibben: Well, I think their calculation was that it’s about 17 percent higher. That’s a lot, and most independent estimates put it higher. But even if it flowed from the ground as sweetly as Saudi crude, the real problem is not the extra carbon compared to other oil. It’s the sheer amount of oil up there. The second largest pool of it on the planet, of which something like 3% has been used so far. They want to greatly increase the rate of flow. We’re going from drinking straws to fire hoses with Keystone XL, so that will send the rate of carbon into the atmosphere soaring.

Wired.com: Several years ago, Warren Buffet and Bill Gates both described Alberta’s tar sands as a potentially good investment. Do you know if they ultimately did invest? Are there any plans to organize a boycott of TransCanada investors?

Wired.com: What about a political boycott? If the Obama administration approves the pipeline, are you willing to publicly refuse to vote for him?

McKibben: I think it works the other way around. He’s actually got a chance to ignite the discouraged and weary base by doing the thing he said he would. If he caves into big oil — well, physics are easier to understand than human nature. I know the boost of carbon will warm the planet. My guess is that another cave will make it considerably harder to get young people especially back into harness. As one of my colleagues said the other day, it’s hard to knock on doors when you’re in handcuffs.

Wired.com: What’s the next stage of this action?

McKibben: We’ll be at Obama for America offices across the country, at the campaign headquarters in Chicago, and we’ll be back in Washington, D.C. sometime around the one-year-to-election date. And we’ll be using every chance we have not to attack the president, but simply to remind him why he excited us so much. If he didn’t mean this stuff, he shouldn’t have said it. Because we took, and take, him seriously.