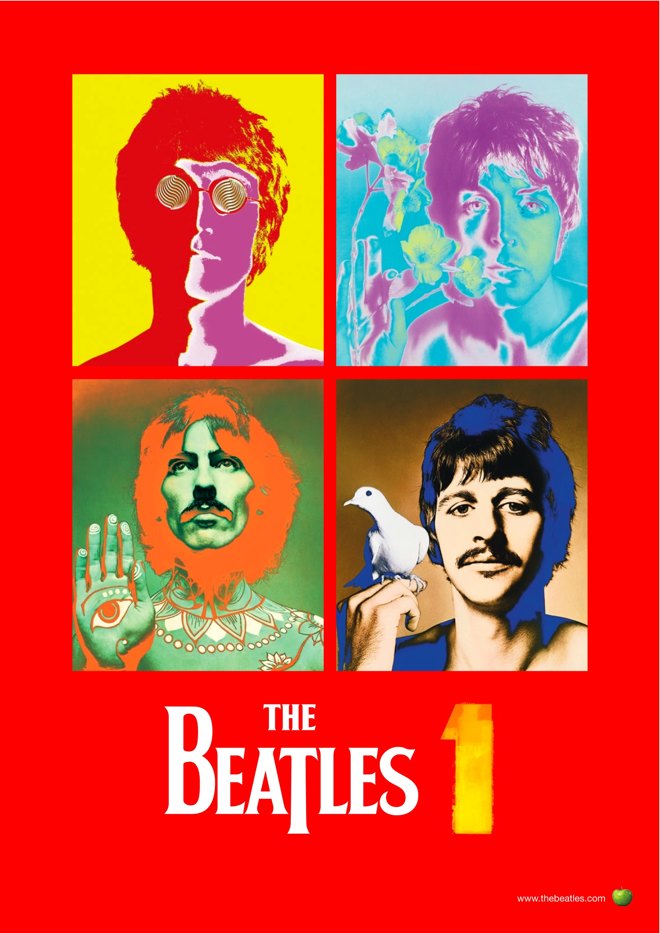 How’s this for postmodern circularity? In 1967, The Beatles created Apple Corps as an outlet for their multimedia production, way before getting into a decades-long lawsuit party with Steve Jobs’ Apple Inc. Now that the iPhone maker has taken over both Main Street and Wall Street, the band’s legendary catalog has sold millions of albums and songs on iTunes, raking in even more in revenue.

The latest Beatles release to hit the iTunes store is the greatest-hits compilation 1. The best-selling album of the last decade, it collects the group’s chart-topping singles from 1962 to 1970. 1 hit iTunes last week and is getting a complementary physical reissue Tuesday.

Wired.com is handing out five free iTunes copies of 1 to the sharpest Beatles nerds who can dazzle us with their take on the band’s technocultural influence in the comments section below. How is the band’s unprecedented run in the 1960s continuing to make its mark on music, film, television, animation, comics and technology?

Turn on your mind and float downstream to the comments and you might just wake up with a gratis 1 for your efforts. Entries must be received by 12:01 a.m. Pacific on Sept. 19, 2011. Winners must live in the United States.