Why Do Cars Make Us Drool? 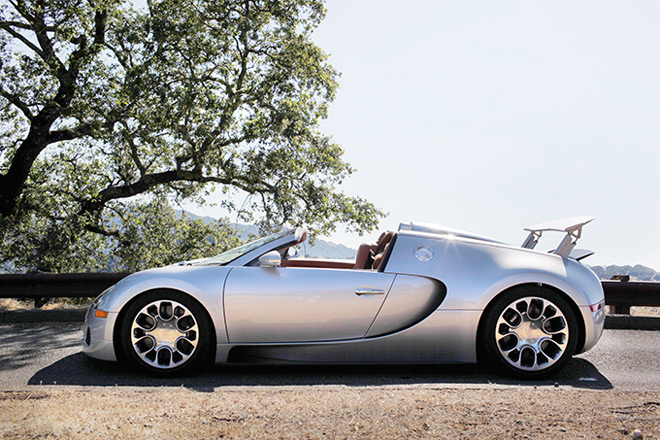 Words are a window into the soul, or at least a glimpse into our cognitive habits. Why, for instance, do people rely on the language of hunger when describing inedible material objects? I might say I’m “craving” those jeans, or that a fancy sports car makes me “drool,” or that a particular job prospect is “mouth watering.” When you think about it, these are strange metaphors for desire: Why am I talking about my drool?

But what if these metaphors aren’t metaphors? What if the sight of that Porsche really gets my salivary glands going? That’s the odd question investigated in a new paper in The Journal of Consumer Research by David Gal, a professor of marketing at the Kellogg School at Northwestern. The research isn’t quite as esoteric as it might first appear. After all, if we literally drool at the thought of money, cars and cashmere, this would suggest that humans have repurposed an ancient reward system designed to deal with primal, biological rewards (food and sex) for a world glittering with abstract pleasures. If true, that red coupe isn’t just making my mouth wet. It’s also doing something in my pants.

Back to the experiment. Gal began by telling 169 undergraduates that he was conducting an experiment on the salivary response to “food stimuli.” He was lying. He then randomly divided the subjects into two groups: one that felt powerless (they had to write essays about a time they had no control) and one that felt powerful (they wrote essays about a time they had complete control). Here is where things get strange: when Gal exposed the subjects to various pictures, those shown pictures of money began to drool. This was especially true in the “low-power” condition, in which imagery of cash led to an extra gram of saliva being poured into the mouth. In contrast, showing people pictures of office supplies led to a reduction in saliva, at least when compared to baseline. (Gal measured saliva by having the subjects stuff their mouth full of dental rolls. He weighed the dental rolls after the experiment.)

Gal then repeated the same basic experimental design, except with 97 male undergraduates. He primed the young men with a “mating goal” – they were shown pictures of attractive women and told to fantasize about their dream date – before showing the guys pictures of expensive sports cars. Once again, the floodgates of drool were opened. Men who thought about cars had far more spit in their mouth than men who thought about fastening tools.

This is a fun experiment with very interesting implications. As Gal notes, it suggests that humans really do have a single reward system that responds to every object of desire, from cocaine to cash to calories. Although our dopamine neurons evolved to process and predict biological necessities, they’ve since learned to embrace a more catholic set of desires, so that pieces of green paper filled with pictures of dead presidents get them very excited. While relying on a single pathway to process all of our rewards normally works quite well – the dopamine reward pathway is some well-tested cognitive software, since the same basic code is present in nearly every mammal – it does lead to a few unintended side-effects. Just ask a drug addict, or that man who starts to drool whenever a Ferrari drives by.

The larger point is that the human brain is remarkably good at repurposing old circuits for new things. In the case of the reward pathway, we essentially bootstrapped our penchant for abstract goals, from iPhones to currency, to the same reward circuits that govern our animal appetites. This reminds me of something Read Montague, a neuroscientist at Virginia Tech, once told me. “The guy who’s on hunger strike for some political cause is still relying on his midbrain dopamine neurons [and reward pathway], just like a monkey getting a treat,” Montague said. “His brain simply values the cause more than it values dinner.” According to Montague, the reason abstract thoughts can be so rewarding is that the brain relies on a common neural currency for evaluating alternatives. “It’s clear that you need some way to compare your options, even if your options come from very different categories,” he says. By representing everything in terms of neural firing rates within a single reward pathway, the human brain is able to choose a seemingly abstract goal (such as making money) over a more visceral reward, as long as the abstraction excites our cells more. (If we couldn’t do this, then it would be impossible to work through lunch.) No matter how esoteric our desires get, they are still fed back into the same system that makes us want sex and sugar. As Montague notes, “You don’t have to dig very far before it all comes back to your loins.” Or your salivary glands.

Read 3972 times
Published in News Technologique-Tech News
More in this category: « Obama se prépare pour les calomnies électorales Did Netflix Jump From DVDs To Streaming Too Soon? »
back to top