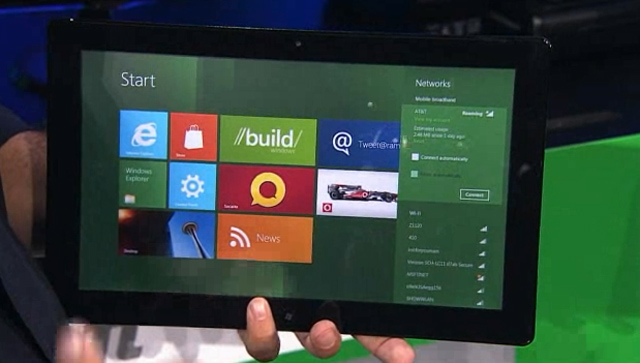 The future of Flash looks dimmer and dimmer as another major player in the mobile space shuns support of the platform.

Microsoft’s brand new Windows 8 Metro user interface will not support Adobe Flash or other plug-ins, instead embracing the HTML5 set of web standards, according to Microsoft’s Internet Explorer team leader Dean Hachamovitch. For users who access legacy ActiveX controls, they’ll have to jump out of the Metro UI and switch to the classic-styled desktop browser.

Hachamovitch explains that running IE without Flash or other plug-ins “improves battery life as well as security, reliability, and privacy for consumers.” These are pretty much the same reasons that Apple doesn’t support Flash on its devices.

“Providing compatibility with legacy plug-in technologies would detract from, rather than improve, the consumer experience of browsing in the Metro style UI,” Hachamovitch wrote in a blog post on Thursday.

Of course, Adobe immediately went on the defensive, shifting attention away from Microsoft’s mobile devices.

“We expect Windows desktop to continue to be extremely popular for years to come and that it will support Flash just fine, including rich web-based games and premium videos that require Flash,” Adobe told Wired.com in a statement.

Adobe’s Flash product has had a rough time as computing has shifted to a mobile environment. Apple has long banned Flash from its mobile devices, publicly announcing the reasons (which Adobe directly responded to). Recently, Apple stopped shipping Flash capability with products like the 2010 MacBook Air, which gave the 11-inch model a whopping two extra hours of battery life. Since Google released Android version 2.2 (Froyo), many Android-powered smartphones have supported Flash. But some say Android’s Flash-capabilities are wanting.

And Android isn’t the only OS running Flash poorly. The QNX-powered BlackBerry PlayBook operating system was hyped to boast the best Flash support before its release, but Wired.com found running Flash games and sites spotty at best on the PlayBook. Similarly, the Android-powered Motorola Xoom has struggled with Flash, debuting only with a beta version of Adobe’s product that was much maligned.

“I actually find Flash on Android to be quite cumbersome,” said Michael Novak, a developer for group messaging app GroupMe, in an interview. “I would like to see Android move away from Flash support and adopt more HTML5 video options. The large run-time required by Flash is disappointing.”

Novak feels it will be a hard battle to fight though, as much of the publishing interesting are very supportive of Adobe products.

HTML5 has come to be the de facto alternative for functions that previously required Adobe Flash. For instance with video, back-end system Brightcove now uses HTML5 to deliver streaming video to devices like the iPad. Many see the move of video services in particular toward HTML5 as the “kiss of death” for Flash. As of March, 63% of web video is now HTML 5 compatible, an indication of the growing shift away from Flash.

Although Flash is losing steam, Adobe is not, even with regards to its waning product. Adobe has outed its own Flash to HTML5 conversion tool, called Edge, which is a pre-beta release at the moment. Adobe’s AIR platform also allows developers to use Flash and other tools to develop standalone web apps for mobile devices.

Read 2469 times
Published in News Technologique-Tech News
More in this category: « Flash's Future Fades as Windows Close on Adobe Droid Bionic Review: A Shape-Shifter With Some Baggage »
back to top