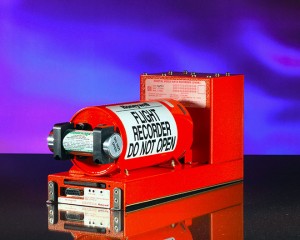 Researchers at the Massachusetts Institute of Technology are developing a tool to mine aircraft black boxes for valuable data after every flight, something they say will improve daily operations and prevent accidents.

An airplane’s black box, or flight data recorder, continuously records performance data and other information during flight. That data has long been used to reconstruct the events that occurred before an accident to understand what happened. But the researchers believe that data can be used proactively, and daily.

Retrieving and analyzing data from a flight data recorder after a typical flight is not new. Airlines often check a quick-access recorder that operates in parallel with the flight data recorder, examining certain parameters to improve operations and safety. But current tools are limited to looking for known issues, and the amount of data can be staggering. MIT professor John Hansman says the key is developing analysis tools that can effectively utilize all the information.

Commercial airlines in the United States are not required to implement a flight-data monitoring program. But the Federal Aviation Administration has a flight-operations quality-assurance program that includes guidelines airlines can follow on a voluntary basis.

Airlines typically monitor known parameters that have helped identify issues in the past. Things like engine thrust and aircraft speeds, as well as flight control positions such as elevator and rudder inputs, are among the things studied at the end of a day’s flying or when flight data is analyzed after a crash.

It works well enough, Hansman says, but it focuses on flagging known parameters and measuring them against known baselines. That makes it difficult to know what you don’t know but should be looking for. Hansman and his team developed software that uses cluster analysis to spot potential problems without knowing in advance what parameters to monitor.

The cluster-analysis tool can create its own baseline for reference.

“You don’t need to know ahead of time what the problem is,” Hansman says. “It finds the normal behavior in the clusters.”

Using flight data from a defunct airline that flew Boeing 777s, the team collected data from 365 flights. They found several cases where the cluster-analysis software identified problems. Each parameter was represented by a vector, then mapped in a multiple-dimension “hyperspace” where outliers could be seen outside the data clusters of a normal flight.

Once identified, researchers can investigate the outliers further to determine what, if any, impact they might have. In some cases, they are nothing to worry about; in others they may flag a potential issue that could improve safety and operations.

Hansman hopes to further develop the cluster-analysis software with larger datasets from more airlines in the future.

Read 3201 times
Published in News Technologique-Tech News
More in this category: « The 7 Coolest Startups You Haven't Heard of Yet Intel Lays Out Vision of 'Cloud 2015' »
back to top