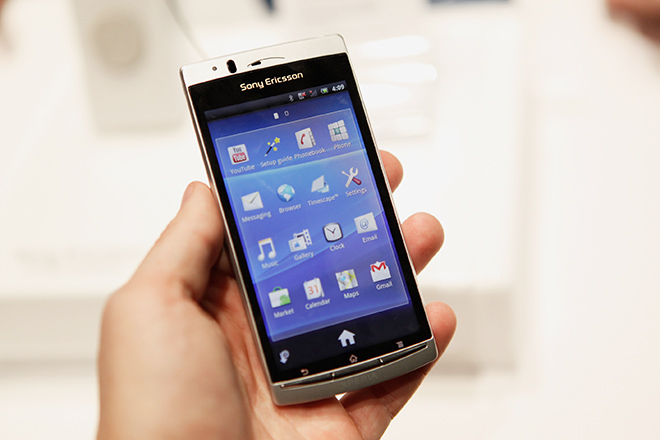 Choosing one mobile carrier over another is, for many, a fairly arbitrary decision. The service they offer doesn’t differ that much. Coverage may be a factor if you live in the sticks, but for most people that isn’t an issue either. And the hardware is largely the same, just repackaged or rebranded.

So how can carriers like AT&T and Verizon differentiate themselves from the competition? How can they entice customers to sign up for their service as more people embrace smartphones and pricey data plans?

AT&T, Verizon and Sprint have all launched developer-centric programs to beef up innovation and their carrier-specific app arsenals. AT&T just opened its third developer Foundry, in Palo Alto, California. Verizon offers a number of developer tools and a dedicated Android app store. Sprint has a wealth of tools and advice through its developer program.

“So far, carriers haven’t been thinking about the dev side as much. These developer centers are a first step toward that,” says John Basso, chief information officer of Amadeus Consulting, a custom software and app development company.

Historically, carriers haven’t done much to differentiate themselves beyond costly marketing campaigns for specific devices. Manufacturers, on the other hand, might try things like modifying the look of their devices through “skinning” the OS, one example being HTC Sense.

But seeing how a thriving app store is a cornerstone of a successful smartphone platform, it makes sense for carriers to work with developers to entice their own apps and entice customers.

AT&T’s Foundry program is an interesting way to attract developers. It is comprised of three physical facilities and a virtual developer’s portal. The physical centers provide access to resources developers “couldn’t get anywhere else.” They also act as a sort of incubator, with fast pitch sessions that can be used to get funding and allow AT&T to help them bring their product to market.

“The AT&T developer center is acting as a think tank, a place where developers can connect, use best practices and share code,” King says.

AT&T gives devs access to a number of APIs and phone features, like its exposed messaging API, in-app billing API and WAP push in its online portal. It has been working with developers for six years now.

“We’ve got a very rich history of interacting with the developer community,” says Carleton Hill, vice president of device operations and applications development, about AT&T. “We actually had a developer program with Bell-South two-way pagers. We’ve been doing this for a long time.”

Verizon, on the other hand, wanted to separate itself from the Android ecosystem and launched its own app store: What used to be called V CAST Apps is now Verizon Apps. It differs from Google’s Android Market in that its search is powered by Chomp. The search engine lets you search for apps by name, just like Google, but its standout feature is the ability to search by topic or function of an application.

“Whatever it is beyond the name of the application, that’s where Chomp comes in with the technology and algorithms we’ve been working on over the past two years,” said Chomp CEO Ben Keighran.

For instance, if you type in “fun games,” he says, “You’re going to see better results — things from Zynga, from Rovio. You’re also going to see recently released games that may not be from very big brands, but are gaining a lot of traction.”

Verizon Apps looks to be a more regulated experience than Google’s Android Market, as well. Verizon is positioning it as a “premium store” — more carefully groomed, more easily searchable.

Sprint provides a number of services through its developer program. “We’re not trying to recreate what other developer communities, like Android, do,” said Sprint spokeswoman Jennifer Walsh. “We’re trying to help them take advantage of the unique features of Sprint devices.”

For instance, when the EVO, one of the first smartphones to include a front-facing camera, debuted, Sprint helped developers get used to using and incorporating the feature in their apps.

The company also offers two programs and tries to help developers target their apps to them. Sprint Zone offers app suggestions based on what your phone can do. Sprint ID bundles apps, widgets and services according to particular interests, like MTV or fantasy football. Sprint has also hosted an annual developer’s conference, which is now 11 years running.

“With these programs, developers potentially get distribution, tools for testing, resources, access to a customer base and access to other developers,” says King.

But are these services developers actually need?

Right now, the mobile scene is still young, and the tools used to develop for it, as with any new innovation, lag behind the technology.

“Neither carriers or manufacturers have a program where I can take a test, pay a fee and get every phone they come out with each year. A lot of issues come in with hardware,” says Basso. With experience programming in .NET, he says that this is what Microsoft does with software, and it works really well.

“Mobile emulators and debuggers are very weak, they’re immature. They’re not very useful,” Basso says. “So developers have to download the app and test it out on a phone themselves.” This can be expensive, if not impossible, if you want to test your app on every available device.

There are services that allow remote testing, but they can be of limited value to serious developers. The vast array of screen sizes and spec changes mean apps often aren’t “one size fits all.” The availability of APIs and SDKs is helpful, but seems to assume there won’t be any device problems.

And unlike browsers, easy-to-access metrics about device popularity aren’t available, so it’s difficult to choose which handsets are going to end up being the most popular.

Basso thinks that, with regard to AT&T’s Foundry program, it would be immensely helpful if carriers built developer centers in every city (or teamed up with local companies to do so), made all their devices available for testing and made it easy to wipe the device’s data afterward.

Basso sees the carriers’ developer-focused efforts as a way to deal with an area in which they’re woefully deficient. They’re putting energy and money into an area they don’t quite understand. But, he says, if they start doing things like providing physical developer centers with pre-release demo devices to work on, it will definitely spur innovation and attract more notice.

And then maybe you’ll have a good reason to buy that new smartphone, tablet or future device.

Read 3043 times
Published in News Technologique-Tech News
More in this category: « Clive Thompson on the Problem With Online Ads Great Ape »
back to top