ARM-ed to the Teeth, Arduino Hardware Grows Up 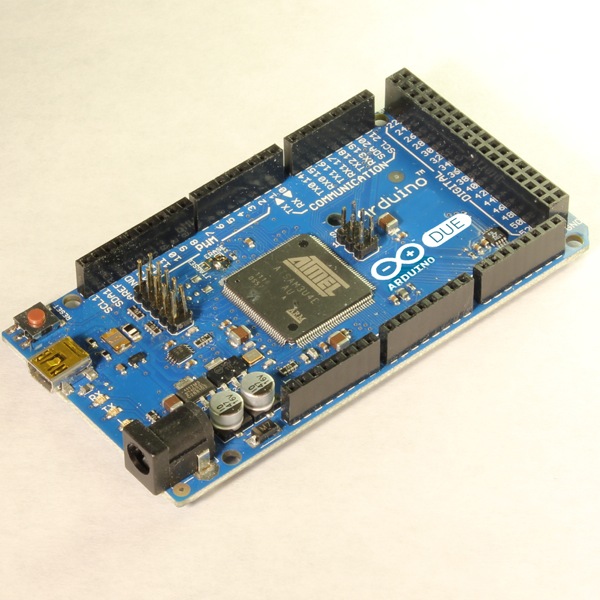 The Arduino Due features an ARM-based microprocessor. Image: Adafruit

Makers and motherboard-modders rejoice! One of the most popular open-source computing hardware companies recently debuted new hardware offerings for gadget geeks, including a beefier project board that will allow makers and hobbyists to create more complicated embedded computing projects.

Arduino announced three new products at Maker Faire NYC this weekend: The Arduino Due, which features a souped up ARM-based microcontroller, the Arduino Leonardo and the self-explanatory Arduino Wi-Fi.

Straight from the company of the same name, an Arduino is an open-source prototyping board that houses a single microcontroller (basically a programmable CPU) and allows for input-output with a number of ports, so you can connect a variety of sensors, LEDs, wires and whatever else you want to your project. The Arduino platform has been a favorite of the DIY community since it’s inception in 2005, and until now, all other models have been 8-bit.

The new Arduino Due sports a considerably beefier set of stats, incorporating a 32-bit ARM-based microcontroller that can run up to 96 MHz. For comparison, standard Arduinos normally have an 8-bit, 16 MHz processor. It has 256 KB of flash memory and 50 KB of RAM (SRAM, to be precise). This more advanced processor should allow hackers and DIYers to create more advanced projects than have been possible with Arduinos in the past.

Or as Wired’s editor in chief Chris Anderson put it to us: “Basically, Arduino just grew up.”

The Arduino Due isn’t the first of its kind to include an ARM-based processor (which are used in a number of smartphones and mobile devices). The Beagleboard beat Arduino to the punch, but a higher price, smaller community and a relatively more complicated nature kept the Beagleboard from getting big.

But a more complicated product, like the Due, means that developing for it will also get a bit more tricky. The Arduino Due platform won’t be quite as beginner-friendly as the company’s other boards, so Arduino has taken measures to ensure that it doesn’t end up in novice hands, at least initially.

The Arduino site — along with DIY destinations like Instructables, Hackaday and Wired.com’s How-To Wiki — offer a wealth of project ideas, step by step instructions and sample code for those who want to get into the Arduino scene.

The Due will first roll out to developers, rather than immediately being released to the community at large. The company plans a final, tested release by the end of 2011.