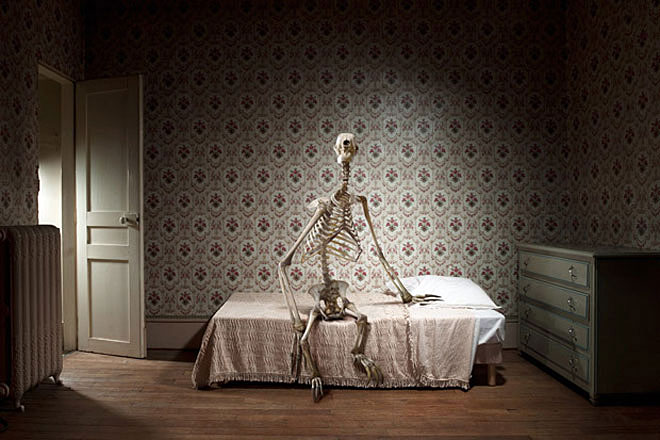 Imagine a human-free future, where giant animal skeletons have taken over the homes and buildings civilization has left behind. It’s a world that haunts photographer Marc da Cuhna Lopes‘ dreams, so he’s brought it into reality with his Vertebrata series.

The French artist’s project is rooted in his scientific and cultural background. Da Cuhna Lopes was a keen biology student when he was younger, and has since illustrated science fiction and horror books. During his studies in Paris, he told Wired.co.uk, he discovered a “secret place” in one of the science departments of the city’s universities.

“It’s where they keep old skeletons and stuffed animals. Students used to study animal anatomy in this place,” he explained. Luckily, da Cuhna Lopes was friends with the manager of this taxidermy paradise and it was “easy to install a small studio and take photos” in there.

Although the skeletons in da Cuhna Lopes’ images look giant, it’s all down to the photographer’s post-production wizardry. “Most people think they are dinosaurs, but they’re actually only the skeletons of animals like cats, monkeys and birds.”

The settings of da Cuhna Lopes’ work, however, are what make these skeletons come to life. Here the photographer had to go a little further afield. He says, “I took the location shots during some trips around the world. The project wasn’t planned when I started travelling, but I just wanted to stage something strange in these locations. All the places had traces of human life but they were abandoned or just empty.”

While it may seem a simple cut-and-paste job, with each photograph comprising just two images, da Cuhna Lopes’ real work comes in the post-production. “It takes about a week to retouch one image,” he said. “The hard part is to ensure good integration, to make sure that the light, shadows and volumes all match. I chose the animal skeletons to fit each location. For example, the one who climbs the stairs was already perched on a branch. I tried to make them alive.”

Da Cuhna Lopes claims his inspiration lies in the cycle of life and death, and mankind’s intervention in science and animal studies. “The skeletons from this collection room in the university were made by man from dead animals,” he said. “By putting them in these abandoned locations, I like to think they are looking for those who made them.”

You can check out more of his images in Wired UK’s gallery. 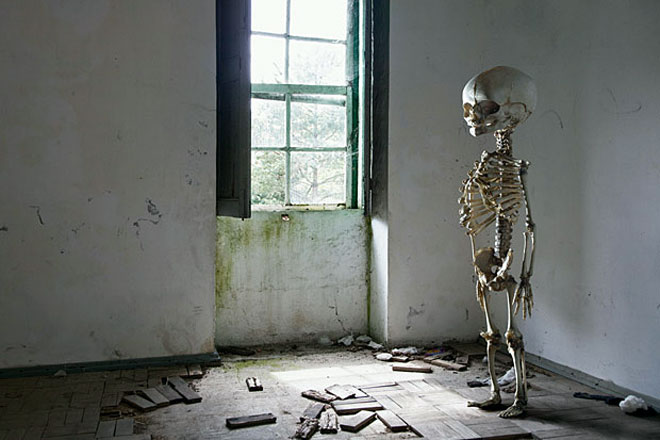