Q&amp;A: The Unappreciated Benefits of Dyslexia 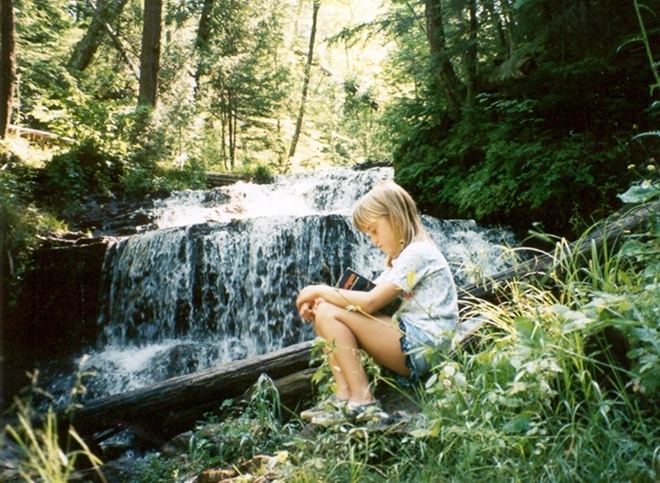 Normally dyslexia is considered a handicap: a mental deficiency that makes reading, long-division and remembering whether letters and numbers face left or right difficult. Challenging this view, learning disabilities experts Brock and Fernette Eide argue that dyslexia is an alternative way brains can be wired — one with many advantages.

While dyslexic children may struggle in the early grades, they often grow into gifted story tellers, inventors and entrepreneurs. The Eides’ new book The Dyslexic Advantage, helps dyslexics and their families recognize and nurture the benefits of a dyslexic brain. The authors recently discussed some of these benefits with Wired.

Wired: What is your working definition of dyslexia?

Brock Eide: The generally accepted definition focuses on the difficulties with reading and spelling that are unexpected, given a child’s individual level of intelligence and their educational exposure. We think that definition is inadequate for practical use, because the actual symptoms vary a lot.

We’ll see dyslexic kids with a verbal IQ of 140 or 145 who will read with good comprehension, and as a consequence won’t be recognized as dyslexic. But they still read at fairly slow pace relative to other students in the gifted programs, and their performance will suffer from their slow reading speed. And for some dyslexic students, their problems with reading may be less than in other areas, like writing and rote or procedural mathematics, but they arise from the same wiring differences that underlie dyslexic reading and spelling challenges, and traditional definitions of dyslexia that focus entirely on word sound or language processing really don’t capture the breadth of these differences.

Wired: What are the major misconceptions surrounding the condition?

Fernette Eide: One of the biggest misconceptions is that dyslexic brains differ only in the ways they process printed symbols, when in reality they show an alternative pattern of processing that affects the way they process information across the board. Dyslexic brains are organized in a way that maximizes strength in making big picture connections at the expense of weaknesses in processing fine details.

It’s a huge mistake to regard a dyslexic child as if his or her brain is trying to follow the same pathway of development as all the other kids but is simply doing a bad job of it. In reality, the brains of kids with dyslexic processing styles are actually developing in a very different way. They establish a different pattern of connections and circuitry, creating a different kind of problem-solving apparatus. The difference is global, not just in certain areas of the brain.

So for many dyslexic students, normal development really consists of having a brain that’s wired so that reading is naturally more difficult to learn when they’re 7 or 8 years old than it is for other students. And this difference in development creates a real mismatch between what they need to learn and the way that traditional education is doled out in the early grades. There’s a real clash between what they can really do well at particular ages and what they’re being asked to do in the classroom, and this makes it very hard for them to thrive in the traditional classroom setting.

The other big misconception is that dyslexia is fundamentally a learning disorder which is accompanied only by problems, rather than a different pattern of processing that can bring tremendous strengths in addition to the well-known challenges.

Wired:What are the major strengths of having a dyslexic brain?

Brock: We outline four major strength profiles in the book, and fundamentally each of these profiles reflects a different but related way in which dyslexic brains are especially good at putting together big pictures, or seeing larger context, or imagining how processes will play out over time.

Some dyslexic individuals are especially good at spatial reasoning. Putting together three-dimensional spatial perspectives is easy for them. They may work in design, 3-D art, architecture, be engineers, builders, inventors, organic chemists or be exceptionally good at bagging your groceries.

Interconnected reasoning is another kind of strength. These connections can be relationships of likeness — analogies for example — or causal relationships, or the ability to shift perspective and view an object or event from multiple perspectives, or the ability to see the “gist” or big-picture context surrounding an event or idea. Many dyslexics work in highly interdisciplinary fields or fields that require combining perspectives and techniques gained from different disciplines or backgrounds. Or they’re multiple specialists, or their work history is unusually varied. Often these individuals draw the comment that they can see connections that other people haven’t seen before.

Most dyslexics tend to remember facts as experiences, examples or stories, rather than abstractions. We call this pattern narrative reasoning, which we consider the third strength. These kids have a very strong ability to learn from experience. It’s very common for their families to describe these kids as the family elephant. They’ll be the go-to person when someone wants to remember who gave what to sister for her birthday two years ago. They might be the family historian, but they can’t remember the times tables or which direction the three goes.

These individuals excel in fields where telling and understanding stories are important, like sales, counseling, trial law or even teaching. In addition, a large number of professional writers are dyslexic. For example, Philip Schultz, a Pulitzer Prize winning poet, recently wrote a wonderful piece for The New York Times about his new memoir, My Dyslexia. He shows the kind of profoundly clear and vivid memory of personal experiences even from very early in his life that we commonly see in dyslexic individuals.

The fourth ability we outline is the ability to reason well in dynamic settings when the facts are incomplete or changing. People strong in this area often work in the business field, in financial markets or in scientific fields that reconstruct past events, like geologists or paleontologists. These people are comfortable working with processes that are constantly changing, and in making predictions.

Wired: Do most dyslexic individuals demonstrate a particular strength, or do they show combinations?

Brock: Most dyslexics show combinations of these strengths. Probably 80 to 90 percent of the dyslexic individuals we’ve worked with show a narrative-type brain, and many of these individuals show strengths in dynamic reasoning. Interconnected reasoning is similarly common. Surprisingly, spatial reasoning, which is often viewed as the quintessential dyslexic skill, is a bit more hit or miss. In the book there is a great interview with Douglas Merrill, who was the Chief Information Officer at Google for several years and a tremendously impressive person. He said, “If I close my eyes right now I couldn’t tell you which direction my door is.” But he was very strong in all of the other mind strengths we describe.

Wired: What is an example of a perceived mental weakness that hides a mental strength?

Fernette: Most of what is done in the classroom in the early grades focuses on acquiring the kind of rote skills that are dependent on perceiving visual or auditory things very clearly, and learning skills automatically to the point where you don’t have to think about them. These are just the kinds of rote and fine detail skills that dyslexic kids tend to have difficulty learning. But because that’s where the focus is in the early grades, their strengths in big-picture processing or remembering personal experiences tend to get overlooked.

But over time, what we see is that this same lack of ability to over-learn things so well that they no longer need to be thought of keeps dyslexic individuals more in touch with or mindful of the tasks they’re engaged in, and as a result makes them more likely to innovate and tweak and modify.

Wired: You make the case in your book that the brains of dyslexic people are wired differently. What do you mean by that?

Brock: From our perspective the most interesting data comes from Dr. Manuel Casanova, from the University of Louisville, Kentucky. He has analyzed the brains of thousands of individuals. He’s found that, in the general population, there is a bell-shaped distribution regarding the spacing of the functional processing units in the brain called minicolumns. These bundles of neurons function together as a unit. Some people have tightly packed minicolumns, for others they are spaced widely apart.

This is significant because when the minicolumns are tightly packed, there is very little space between them to send projecting axons to make connections to form larger scale circuits. Instead the connections link many nearby minicolumns which have very similar functions. As a result, you get circuits that process very rapidly and perform very specialized fine-detail functions, like discriminating slight differences between similar cues. But people with this kind of brain tend not to make connections between distant areas of the brain that tend to support higher functions like context, analogy, and significance.

Among individuals with the most tightly packed minicolumns, Dr. Casanova found many who were diagnosed with autism. In contrast, people with broadly spaced minicolumns, at the other end of the scale, tend to create more connections between functionally more diverse parts of the brain, which can help to support very life-like memories of past events, and more complex mental simulations and comparisons. It’s at this end of the spectrum that Casanova tended to find people with dyslexia.

Wired: If I was the parent of a dyslexic child, what advice would you give to me?

Brock: One of the most important things is to remember to focus on identifying and building strengths. Too often all the focus is on “fixing what’s wrong” rather than celebrating and nurturing what’s right, and that’s a big mistake. But when it does come to improving performance in areas of struggle, help should be tailored to the specific child.

Some children are not too bothered by the fact that they’re struggling more than their equally intelligent peers; they just love to be in school with their friends. Those kids will often be fine in a normal classroom, with additional outside help in the areas where they are struggling. But there are a lot of kids who are devastated by the experience of seeing other kids master things easily, being called out, laughed at or pressured by the teacher.

For those kids, when you see their self-image, their ability to sleep, their ability to function really deteriorating, that is a real tragedy. They need to be moved into a place where the education fits their developmental profile better. We mention various alternatives in the book. But it’s important to recognize that these kids can be destroyed by being kept in a difficult place for too long, without understanding why it is they are struggling.

Wired: Would you want to be dyslexic if you could choose to be?