TV Fact-Checker: Getting Civic Duties Right on Parks and Recreation 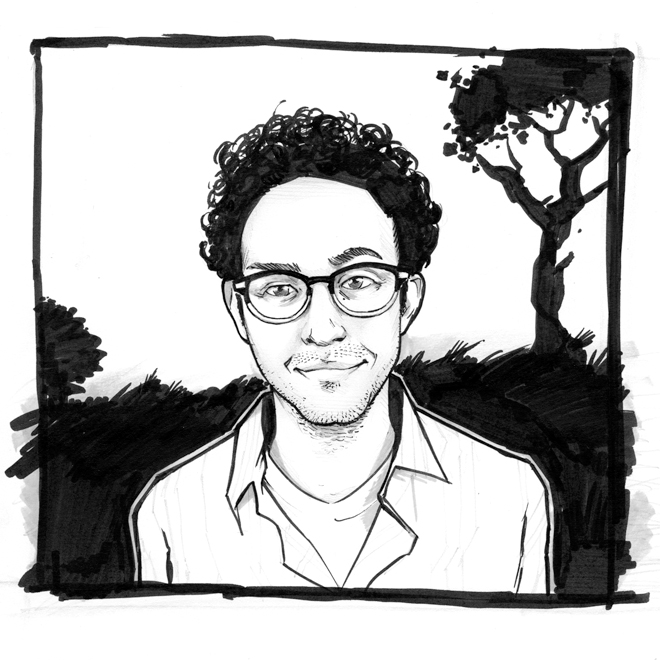 Know how many steps it takes to construct a public park? Or perhaps how to run for mayor of a small Midwestern town?

Greg Levine does. Since the first episode of NBC’s Parks and Recreation, the 29-year-old has been responsible for researching all the intricacies of local government that make the sitcom’s jabs at little-city life so punchy.

“Many of the writers have been here since the beginning, so I think they have the knowledge of what it’s like to be in a smaller Midwestern town,” Levine told Wired.com. “So the jokes have become more natural.”

Levine, who became a writer’s assistant and script coordinator on the show after a chance meeting with showrunner Mike Schur, keeps tabs on several small-town websites — Muncie and Bloomington, Indiana, in particular — and also keeps a list of civil servants on call to help explain how Parks and Rec’s fictional Hoosier hamlet of Pawnee should run.

Check out Levine’s TV Fact-Checker bio below. He (probably) can’t tell you the probability of Ron Swanson marrying two women named Tammy, but he’d know who to call to find out what Ron would say at a town hall meeting.

Bona fides: Studied screenwriting at USC film school. Did not study political science or city government (self-taught in those areas).

How did you come to be the research guy on Parks and Rec?

“When the writer’s strike happened, I wound up in casting…. When it ended I was still there and this company happened to be casting The Office, so I got to know the people there. They said, ‘Hey we’re going to do a new show, do you want to come on board as a writer’s assistant?’… Very early on there were only a few of us on the show. It was just Greg Daniels, Mike Schur, the line producer and myself, really. Mike and Greg would constantly work on stories for the pilot and they would come to me and say, ‘We need to know every step it takes to build a park.’ So, we knew we were going to set the show in Indiana, so I called a few parks-and-rec departments in Indiana and tried to talk to people who were willing to chat. And after talking to several people, I was able to pull together the 30-step process it takes to build a park.”

Since you had no political science background, how did you figure this stuff out?

“Early on I was not in the know about local government work at all, so there were people we’d go to a lot with questions. Those people became my sources. I like knowing things. Sometimes it’ll come up where we’re trying to remember the name of an actor or actress in a show and the writers are slowly circling it and somebody’s saying, ‘You know, she was in that ’90s comedy, dark hair …,’ and I like trying to get the information before them, just to lord it over them. One of my favorite shows ever was The West Wing. I think love of the way that show handled national politics influenced my enjoyment of learning the nuances here. I think it’s cool to have that wealth of knowledge.”

What kind of things are you asked to check and/or track?

“When it came to the naming of the town nearby — Eagleton — we wanted something that sounded right. I looked at a collection of Indiana towns and pieced together parts of words, like beginning syllable and ending syllable. I had a list of eight made-up towns and they picked the one they liked the most.”

“Myself and the other writer’s assistant are in the writer’s room taking notes, keeping a running log of every joke or story idea pitched in the room. And then at the end of every day we keep them organized by story, so if we want to jump back to Story X we can jump back and I have those notes ready for them. That’s one component. Another is that as script coordinator, we publish every script. We keep a running, fully formatted, production-ready script. The research flows in and out of both of those. Sometimes I’m proofreading a script and catch something. I remember the first time DMV came up. I said, ‘I don’t think DMV is universal across all 50 states.’ So we checked and sure enough it’s BMV in Indiana.”

What’s one thing in the Season 4 premiere that you had to handle?

“We teased at the end of last season that Leslie [Knope, played by Amy Poehler] is approached about possibly running for office. The big thing with that was setting up calls with people who had done that. We spoke with a guy in California who ran for city council, which has been incredibly helpful. It’s that moment where you have these ideas and once you talk to somebody you realize, ‘Whoa, we were completely on the wrong path, but instead here’s this other world and we should be focusing there.’ Or ‘Great, we were in the right place.’ In this case we were in the right place.”

What’s the biggest error you’ve ever caught when reading a script or working on an episode?

“Actually, I think DMV slipped through once. I think I realized it the second time. I don’t think there have been big ones, though. I can’t think of a big one that was my fault. [Laughs] But I know there have been times when they’ve been pitching a joke or idea and I’m like, ‘Well that wouldn’t actually happen.’”

Has there ever been a goof that made it to air that you wished you’d caught?

“I think once. One other aspect of my job is that we have to clear everything to make sure it’s not going to have a legal problem. I once worried that I didn’t clear something right. After the episode aired, I was sweating that night that I was going to cause some massive legal hurdle. And then checked the next morning and it was fine, but I was sweating that night like, ‘Oh my god, if I did do this …’”

Do you ever try to pitch plot ideas or jokes?

“Being in the room as often as I am, my mind is constantly on it, so I feel like if I don’t speak I go crazy. So I pitch on the show when I feel comfortable doing so and when I think I got something good. [Editor's note: Levine co-wrote the episode "The Bubble."] In the room, it’s a free flow. Everyone pitches and eventually it becomes an episode that gets assigned to somebody.”

Do you ever go to set to advise the actors?

“I don’t do that. When I go to set I go to visit and get craft service.”

Read 3803 times
Published in News Technologique-Tech News
More in this category: « Dr. Seuss Expands His Dominion With a New Compilation Equation: The Law of Rainbows »
back to top