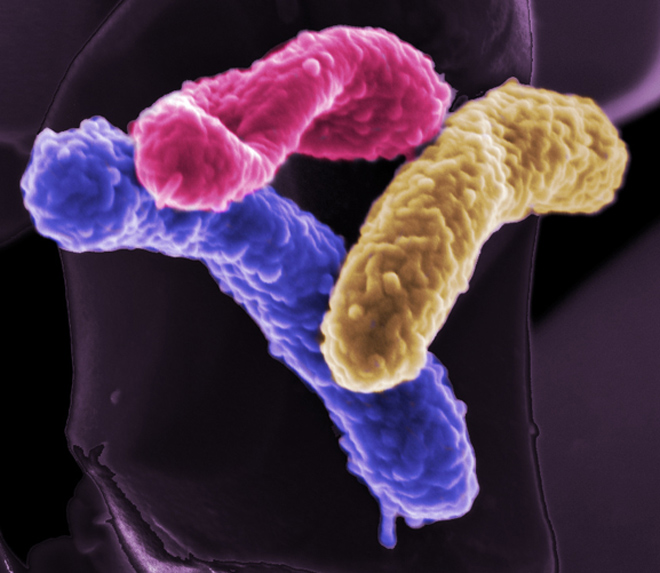 Most of the renewable energy sources that are under consideration involve an obvious source of energy — light, heat, or motion. But this is the second time this year there has been a paper that has focused on a less obvious source: the potential difference between fresh river water and the salty oceans it flows into. But this paper doesn’t simply use the difference to produce some electricity; instead, it adds bacteria to the process and takes out a portable fuel: hydrogen.

The process is still fundamentally electrochemical. Sea water and fresh water are placed on opposite sides of a membrane that allows ions through, but prevents the passage of water molecules. The ions will move to the fresh water to balance osmotic forces, which will create a charge difference that can be harvested for various purposes. The voltage produced in a single one of these cells is small, but the source of the power is essentially unlimited and is available 24 hours a day.

The small voltage per cell, however, makes this an impractical method of producing hydrogen by splitting water. It’s possible to reach the requisite voltages if enough of these cells are placed in series, but this requires dozens of them, and so many membranes that the cost of this sort of apparatus is prohibitive.

That’s where the bacteria come in. When given a source of organic material, the bacteria will harvest its electrons by oxidizing the carbon and convert their energy into the cell’s main power supply, ATP. But they have to put those electrons somewhere. If they lack a convenient electron acceptor, they’ll use an inconvenient one, even if it happens to be outside the cell (this is the principle behind the uranium-munching bacteria we discussed recently). Hook the bacteria up to an electrode, and they’ll push their electrons into that.

This also provides a relatively low-voltage source of electricity, again too low to power the splitting of water on its own. People have gotten bacteria-powered hydrogen production to work, but only by applying an additional source of voltage.

So, the authors went ahead and merged the two. Five fresh/salt water exchange cells were placed in series, with the final anode being used to host bacteria. This small set of cells on its own isn’t even sufficient to produce usable current. But when directly linked to the bacterial system, it gave them a sufficient boost to liberate hydrogen, so long as they were supplied with organic matter (in their experiments, the authors used acetate). Increasing the flow of water through the cells boosted the production rate, and hydrogen continued to be released until the acetate was exhausted.

Some of you are probably wondering whether we’ve got a cheap renewable source of acetate. Fortunately, we don’t need one. Acetate provided a convenient way of measuring the amount of energy input into the system, but bacteria can be remarkably unfussy about the source of their organic fuel. As the authors point out, farm waste and human waste could work just as well, given the right bacterial species. In short, we could potentially hook these systems up to a sewer pipe and come out with hydrogen at the other end.