How Should We Make Hard Decisions? 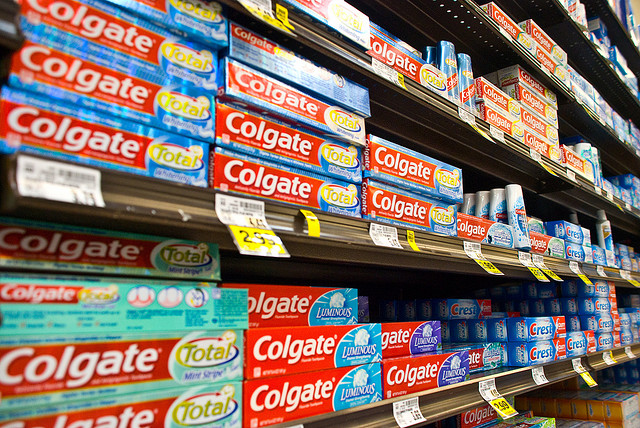 We live in a world filled with difficult decisions. In fact, we’ve managed to turn even trivial choices – say, picking a toothpaste – into a tortured mental task, as the typical supermarket has more than 200 different dental cleaning options. Should I choose a toothpaste based on fluoride content? Do I need a whitener in my toothpaste? Is Crest different than Colgate? The end result is that the banal selection becomes cognitively demanding, as I have to assess dozens of alternatives and take an array of variables into account. And it’s not just toothpaste: The same thing has happened to nearly every consumption decision, from bottled water to blue jeans to stocks. There are no simple choices left – capitalism makes everything complicated.

How should we make all these hard choices? How does one navigate a world of seemingly infinite alternatives? For thousands of years, the answer has seemed obvious: when faced with a difficult dilemma, we should carefully assess our options and spend a few moments consciously deliberating the information. Then, we should choose the toothpaste that best fits our preferences. This is how we maximize utility and get the most bang for the buck. We are rational agents – we should make decisions in a rational manner.

But what if rationality backfires? What if we make better decisions when we trust our gut instincts? While there is an extensiveliterature on the potential wisdom of human emotion, it’s only in the last few years that researchers have demonstrated that the emotional system (aka Type 1 thinking) might excel at complex decisions, or those involving lots of variables. If true, this would suggest that the unconscious is better suited for difficult cognitive tasks than the conscious brain, that the very thought process we’ve long disregarded as irrational and impulsive might actually be “smarter” than reasoned deliberation. This is largely because the unconscious is able to handle a surfeit of information, digesting the facts without getting overwhelmed. (Human reason, in contrast, has a very strict bottleneck and can only process about four bits of data at any given moment.) When confused in the toothpaste aisle, bewildered by all the different options, we should go with the product that feels the best.

The most widely cited demonstration of this theory is a 2006 Sciencepaper led by Ap Dijksterhuis. (I wrote about the research in How We Decide.) The experiment went like this: Dijksterhuis got together a group of Dutch car shoppers and gave them descriptions of four different used cars. Each of the cars was rated in four different categories, for a total of sixteen pieces of information. Car number 1, for example, was described as getting good mileage, but had a shoddy transmission and poor sound system. Car number 2 handled poorly, but had lots of legroom. Dijksterhuis designed the experiment so that one car was objectively ideal, with “predominantly positive aspects”. After showing people these car ratings, Dijksterhuis then gave them a few minutes to consciously contemplate their decision. In this “easy” situation, more than fifty percent of the subjects ended up choosing the best car.

Dijksterhuis then showed a separate group of people the same car ratings. This time, however, he didn’t let them consciously think about their decision. After he gave them the automotive facts, he distracted them with some simple word games for a few minutes. He then interrupted their fun and asked the subjects, rather suddenly, to choose a car. Dijksterhuis designed the experiment so that these people would be forced to make a decision using their unconscious brain. (Their conscious attention had been focused on solving the word puzzle.) The end result was that they made significantly worse choices than those who were allowed to consciously think about the cars.

So far, so obvious. A little rational analysis could have prevented the “unconscious choosers” from buying a bad car. Such data confirms the conventional wisdom: reason is always better.

But Dijksterhuis was just getting warmed up. He then repeated the experiment, only this time he rated each car in twelve different categories. (These “hard” conditions more closely approximate the confusing reality of car shopping, in which consumers are overwhelmed with facts and figures.) In addition to learning about the quality of the transmission and the engine’s gas mileage, people were told about the number of cupholders, the size of the trunk, and so on. Their brain had to deal with forty-eight separate pieces of information.

Did conscious deliberation still lead to the best decision? Dijksterhuis found that people given time to think in a rational manner – they could carefully contemplate each alternative – now chose the ideal car less than 25 percent of the time. In other words, they performed worse than random chance. However, subjects who were distracted for a few minutes found the best car nearly 60 percent of the time. (Similar results were achieved with Ikea shoppers, looking for a leather couch.) They were able to sift through the clutter of automotive facts and find the ideal alternative. Dijksterhuis summarized the implications of the data:

While the Dijksterhuis work generated plenty of buzz, it failed several tests of replication. This led many researchers to suggest that the supposed benefit of unconscious thought were an experimental accident, or perhaps a side-effect of incubation.

However, a new paper, published this month in Emotion by scientists at DePaul University, provided the best test yet of the possible advantages of using our emotions to make complex decisions.
The scientists began with a straightforward replication of the Dijksterhuis car paradigm. Instead of distracting subjects, however, they randomly divided students into a “feeling-focus” group and a “detail-focus” group. The group focused on their feelings were told to reflect on how the various car alternatives made them feel – did they like a large trunk? – while those focused on details were told to remember the various automotive attributes. The assumption is that focusing on feelings leads people to rely on the output of their unconscious, while focusing on details leads to a more deliberate mode of thought.

Once again, the “detail-focused” group excelled at making simple decisions. Thinking in a rational manner made them nearly 20 percent more effective at identifying the best car alternative when there were only sixteen total pieces of information. However, those focused on feelings proved far better at finding the best car in the complex condition. While deliberate thinkers barely beat random chance, those listening to their feelings identified the ideal option nearly 70 percent of the time. Similar results were found when the volunteers were quizzed about subjective choice quality, as those relying on their emotions tended to be much more satisfied with their car selection. In a final pair of experiments, the researchers demonstrated that the advantages of emotional decision-making could be undone by a subsequent bout of deliberation, which suggests that we shouldn’t doubt a particularly strong instinct, at least when the considering lots of information. They also demonstrated that this phenomenon isn’t unique to cars: our feelings are also better at picking the best apartments and vacation spots.

This new study is certain to continue the scientific debate over the virtues of unconscious thought for difficult decisions. While the evidence for an emotional advantage remains tentative, it’s clear that the old-fashioned view of feelings is no longer tenable. For too long, we’ve disparaged our inarticulate instincts/hunches/emotions/intuitions as irrational and irresponsible, a vestigial legacy of our animal past. Thanks to this new research, however, it’s becoming increasingly clear that our emotions have a logic all their own, that our instincts are often rooted in the processing powers of the unconscious brain. The massive computational capacity of the Type I system – its ability to process thousands of bits of data in parallel – ensures that we can analyze all the relevant information when assessing alternatives. As a result, we’re able to make sense of the plethora of options in the toothpaste aisle, assigning each alternative an affective tag: the best option is quickly associated with the most positive emotion. We know more than we know – that’s what our feelings are trying to tell us.

Here’s the measured conclusion from the DePaul scientists:

In sum, the results of the current investigation suggest that affective strategies are indeed an effective means to making good decisions, thus contributing to findings on the benefits of affect in decision making. Moreover, the results are prescriptive with respect to when and how such strategies should be used. While many open questions remain, the current results support the notion that when the going gets tough, go with your gut—but with the qualification that one should not overthink their decision.

Read 3468 times
Published in News Technologique-Tech News
More in this category: « How To Check Out Library Books For Kindle Adobe Hoping Impressive 3D Graphics Will Save Flash 11 »
back to top