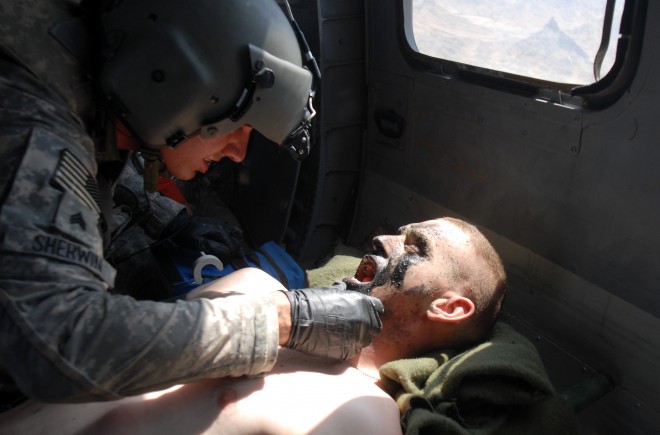 The most devastating impact of the current wars in Iraq and Afghanistan could be on soldiers’ brains, and many of the injured likely don’t even know it. At least not yet.

As I describe in the new issue of Nature, a growing body of scientific evidence suggests that these injured troops, who could easily number in the hundreds of thousands, face a heightened risk of early-onset dementia, and other diseases that attack the brain.

Worse, by Pentagon officials’ own admission, the military effectively ignored many cases of mild Traumatic Brain Injury, or TBI, primary caused by exposure to roadside bombs, for the better part of six years. One study, published in 2008 by a group of Army researchers in the New England Journal of Medicine, even downplayed the role of mild TBI, suggesting that people should use the word “concussion” rather than “mild traumatic brain injury” to avoid perpetuating the belief they are suffering from a long-term injury.

But with evidence mounting of troops returning home with severe neurological impairment, that attitude has finally changed. And over the past two years, a combination of a better science, and growing awareness among military leaders about the scope of the potential epidemic, has finally led to new policies and treatment for those suffering from mild TBI.

What exactly was the tipping point for this change is hard to pinpoint, as I note in this edition of latest edition of Nature, which focuses on military science. But one crucial moment came in 2009 when Marine Corps commandant General James Amos toured Walter Reed Hospital in Bethesda, Maryland, and was introduced to a patient who said, with considerable effort, “General, I know who you are. I have a picture of you and I together in Iraq.”

It turned out that Amos had a copy of the picture, too. It had been taken just two years earlier, when he had posed with a group of Marines who had just survived an IED that had detonated directly under their vehicle. Thanks to the vehicle’s advanced armor, all of them seemed unscathed. But this young man, a bomb-disposal expert, went straight back to work and was quickly exposed to several more blasts. His physical condition deteriorated rapidly, his life began to unravel and — after some difficulty getting the military medical establishment to recognize his TBI — he had been admitted to Walter Reed with severe neurological problems.

Amos describes the meeting as a seminal moment for him. “This TBI business is real, and we’ve got to get past the point of ignoring it,” he recalls of his reaction. “We need to do something about it.”

According to official Pentagon statistics, over 200,000 troops have suffered some form of Traumatic Brain Injury over the past 10 years, and independent estimates, such as those from Rand Corp., suggest the real number could be even higher. By the Pentagon’s own admission, many soldiers who likely suffered this invisible form of TBI were never screened for concussions prior to 2009-2010.

The good news is that the military’s top officials, including Admiral Mike Mullen, chairman of the Joint Chiefs of Staff, now recognize the scope of the problem, and are working to do something about it; Mullen created a “Gray Team” to travel to Afghanistan to look at on-the-ground-realities. The tragic news is that new policies are likely too late for thousands of troops who have already suffered multiple concussions in combat.

Even more concerning is that this “silent epidemic” is not limited to the military. The thousands of troops going home every year with symptoms of brain injuries pale by comparison with the number of these injuries found in civilians, including professional sports players. People involved in car crashes get traumatic brain injuries, as do high-school athletes; surprisingly, girls’ soccer has one of the highest concussion rates among adolescent sports, second only to American football.