Baby Beetle Uses Mouth to Lure Amphibians to Their Doom 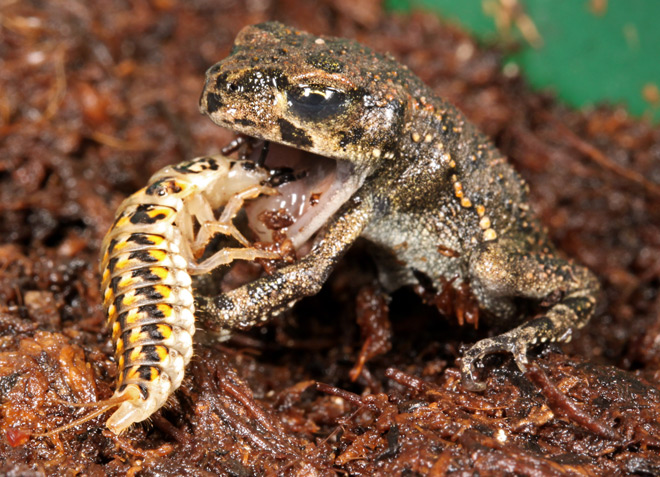 Voracious larvae of two recently discovered beetles can latch onto frogs, toads and other amphibians many times their size, then devour them. How the bugs entice their prey and survive their attacks, however, wasn’t known until now.

Researchers have witnessed the worm-like larvae of predatory Epomis ground beetles in action. The fingertip-sized larvae perform a dazzling dance to lure large prey to their doom.

“The amphibians don’t stand a chance. They can’t ignore the moving larvae because, if they do, something is wrong with their instincts,” said entomologist Gil Wizen of the University of Toronto, leader of a study about the deadly bugs published Sept. 21 in PLoS ONE.

“Normally amphibians eat small larvae, so the larvae seem to be taking their revenge here,” he said. 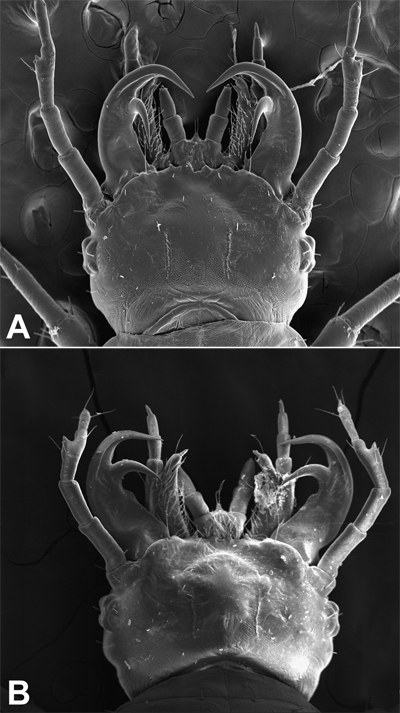 In 2005, Wizen and his colleague Avital Gasith of Tel Aviv University found a toad in Israel with the larvae of a ground beetle species called Epomis dejeani latched onto its skin. They brought the duo back to the lab and learned the larvae — unlike any other beetle species — fed exclusively on amphibians to grow into adulthood.

Years later, they discovered that adults of E. dejeani and a second species, E. circumscriptus, could also dine on much larger amphibians.

How the larvae of either species latched onto the amphibians and reduced them to “only a pile of bones,” however, wasn’t known. So Wizen and Gasith closely monitored hungry Epomis larvae after introducing a toad, frog or salamander into their cage.

The closer an amphibian moved toward a beetle larva, the more wildly the larva moved its antennae up and down or from side to side. Some larvae opened and closed their thorny mandibles while waving their antennae.

The dance of mouth parts seemed to lure amphibians into attacking.

“Amphibians hunt by movement,” Wizen said. “They’ll generally go after anything that’s small, moving and within their reach.”

When an amphibian shot out its lightning-fast tonguesto eat a larva, the larva quickly bobbed its head to dodge the attack. Moments later, the larva latched onto its prey’s skin and began to suck it dry.

In attacks by 420 beetle larva, about 70 percent used a luring dance. No amphibian, however, successfully killed a larva.

Seven amphibians did capture a larva in their mouth, but each quickly spat them out. The mistake cost the amphibians their lives. Each larva recovered, latched on and ultimately ate the amphibian.

One amphibian did hold a larva in its stomach for two hours, but eventually regurgitated it. That amphibian was also eaten by the larva.

About 10 percent of predator-prey relationships in the animal kingdom result in a smaller animal eating a bigger one, but they are all active attacks — not a small creature luring its prey.

Wizen and Gasith described the strategy of Epopmis beetle larvae as an “extremely rare anti-predator behavior.”

“How a single insect genus evolved a unique role reversal … is currently an enigma,” they wrote in the study.