Why Being Relaxed Makes Us Spend Too Much Money 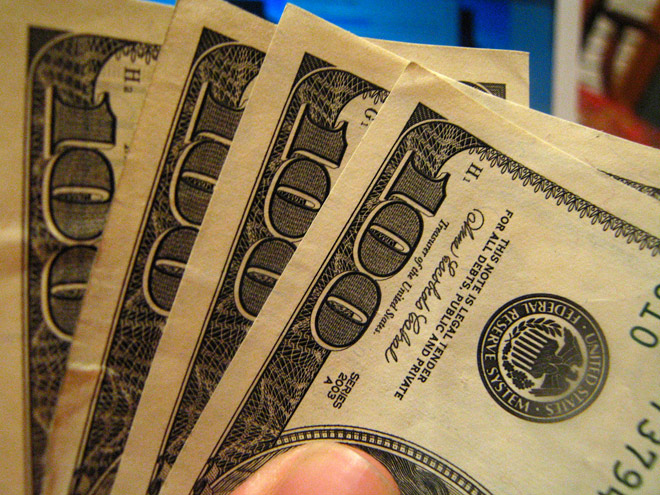 The typical casino is an intentionally unpleasant place. The ceiling is low and the sight lines are hidden, producing a claustrophobic effect. The lights are dim and the air is filled with the clatter of randomness, as slot machines spit out coins and sound effects. The floor is a labyrinth of drunk gamblers and card tables, making it all but impossible to navigate. (There are also no clocks, so people have no idea what time it is.)

Why are casinos so uncomfortable? The standard explanation is that the cavernous spaces are meant to confuse, like a maze with a convoluted escape route. In other words, the gaming room is really a trap. After all, if we can’t locate the exit, then perhaps we’ll linger for a little bit longer. We’ll lose more money to the house.

In recent years, however, the design of high-end casinos has undergone a dramatic shift. The ceilings are no longer low and oppressive; the layout is straightforward; the exits are obvious. Many gambling experts trace this shaft back to the Bellagio, the massive luxury resort in Las Vegas built in 1998 by Steve Wynn. For the first time, the casino experience was engineered to be mostly pleasant, filled with flowers, tasteful chandeliers and marble floors.

The redesign of the casino had a profound effect on revenues: in 1999, the Bellagio set the record for gaming income in Vegas. (The hotel remains one of the highest earners in Vegas, even though it’s antiquated by the standards of the Strip.) It turned out that when people felt comfortable – when they were put in a relaxed and pleasant environment – they were more willing to take irrational risks, to place losing bets on games of chance.

There’s now some interesting evidence to explain the Bellagio phenomenon. A new paper in the Journal of Marketing Research, led by psychologist Michel Tuan Pham at Columbia Business School, probes the effect of relaxation on consumer behavior. It turns out that people who feel relaxed spend far more freely than those who feel less at ease, even when they are in an equivalent emotional state.

The research was straightforward. The scientists began by exposing several hundred undergraduates – they ended up testing more than 670 subjects – to a variety of carefully pretested stimuli, including short videos and pieces of music. Some of these clips and songs were known to lull people into a state of calm contentment. (One relaxation video, for instance, consisted of ten minutes of tranquil nature scenes set to soft music.) After being assigned to either the “relaxed” or the “pleasant but not relaxed” condition, subjects were then asked to assess the monetary value of various products.

Here is where the data gets interesting: those who felt more relaxed spent more money. In one experiment, the subjects had to bid on a digital camera in a simulated auction. While those in the control condition made bids that closely approximated the actual value of the camera, the relaxed subjects made bids that, on average, were about 15 percent higher than the market price. And it’s not just cameras: the same effect was observed across a large variety of products and experiences, from spa treatments to ice cream sundaes. Feeling relaxed even increased the willingness of subjects to bid on risky activities, such as a bungee-jumping session.

Why does relaxation turn us into spendthrifts? When we feel safe, we are better able to fully focus on the potential rewards at stake. Instead of worrying about price, we can contemplate the advantages of having a sophisticated camera, or the thrill of falling through the air. As the psychologists demonstrated in subsequent experiments, those subjects who were more relaxed thought less about particulars – the specific cost of the gadget or the dangers of the risky behavior – and more about the abstract pleasures they were trying to purchase.

And this returns us to casinos. At first glance, casinos are faced with a daunting psychological challenge: they have to persuade people to play games in which the odds are stacked against them. They have to convince their customers that losing money to a random number generator or a pair of dice is a lovely way to spend an afternoon. Given this intimidating mission, casinos need all the help they can get, which is why they’ve long been interested in design. The casinos know that architecture has cognitive consequences, influencing our mood and spending decisions.

The problem for Vegas is that, for decades, they subscribed to the wrong model of design. They assumed that the way to get people to take outlandish risks was to trap them inside the building, to make it too difficult to leave. But that was almost certainly a big mistake. Why? Because claustrophobic and confusing rooms aren’t relaxing. Instead of being put at ease, we end up slightly anxious, all too aware of the fact that we are losing money to a machine, that we just got fleeced by the house.

The Bellagio was the first modern casino to get it right. Because it emphasized the importance of relaxation – it treated the casino as an extension of the hotel lobby, not as a place to suffer through on the way to the lobby – it helped influence gamblers to take bigger risks. Because it’s when we feel safe that we act most recklessly, that we’re most likely to think about the potential rewards of the game and ignore the fact that we just lost hundreds of dollars. Relaxation is the opposite of vigilance. And vigilant people don’t play the slots.

Of course, this psychological principle doesn’t just apply to casinos. The researchers argue that luxury retail spaces have long emphasized a relaxing aesthetic in order to make consumers less sensitive to the extravagant prices. As a result, we worry less about overpaying for a Louis Vuitton bag or a Rolex watch, and think instead about the abstract virtues of the brand. We have been lulled into squandering money.

PS. This is also a reminder that it’s a bad idea to shop while on vacation.