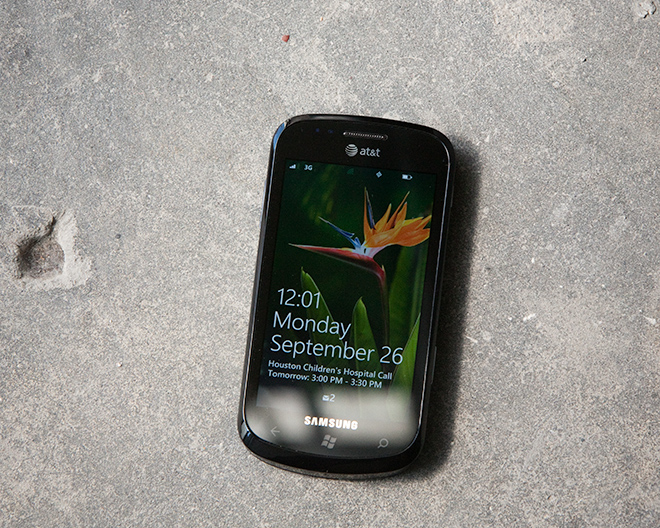 Finally, the Windows Phone 7 operating system is starting to catch up.

Microsoft’s web-based Windows Phone Marketplace goes live today, years after competitors Apple and Google launched their own. The app store launch is in conjunction with the rollout of Microsoft’s latest iteration of the Windows Phone 7 operating system (Mango).

The version 7.5 update will roll out to existing Windows Phone owners slowly to ensure there are no issues for users, according to the company. Mango adds over 500 tweaks and features to the Windows Phone 7 platform.

The Windows Phone Marketplace web portal launches with over 30,000 apps in tow, an admirable enough number (though still far behind its competitors). Apps are organized into one of 16 categories, and on the main page you can also browse by featured, free, top or new. Games are a separate tab from apps, and they’re organized into one of 14 different categories. On an app or game page, you’ve got what you’ve come to expect from a web-based app market: the app icon, price, a rating, description, screenshots and reviews. After purchasing an app from the web store, you can choose to receive it on your Windows Phone hardware via e-mail or text message.

The update to Mango is free and completely optional, but we got a chance to check it out ahead of time and honestly, there’s little reason not to upgrade. In particular, the OS adds some seriously cool social media integration to your contacts list, which is referred to as the People Hub. It also adds Wi-Fi sharing abilities and a Yelp-like built-in app called Local Scout to the homescreen.

If you’re a Samsung Focus, Dell Venue Pro or other Windows Phone 7 owner, you’ll receive an alert delivered OTA to your device when the update is prepped and ready to download. To check the status of your potential update, you can visit the “Where’s My Update” site, which is available starting today. You do, however, need PC or Mac connector software to install the update, but they’re available for free online (details are available on the Windows Phone Blog).

A number of Windows Phone Mango-specific devices will also be released later this fall.

Read 2608 times
Published in News Technologique-Tech News
More in this category: « Tambora: Why the Volcano Won't Kill Us All (at Least Not Yet) Kiddie Car Racing for Adults »
back to top