What to Expect From Apple?s 2011 iPhone Event 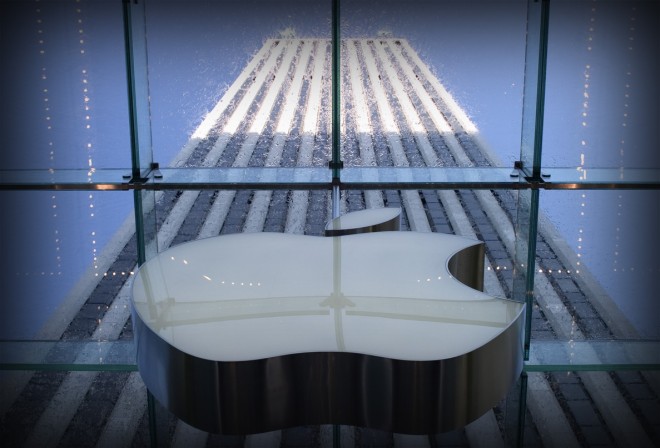 Steve Jobs may not be presiding over this year’s long-awaited iPhone announcement, but that’s not putting a damper on any of the excitement. Rumors of the coveted new mystery product (or products) have been swirling for months, but Apple will finally pull back the curtain at its Oct. 4 event.

Hard and fast details are few and far between, but we’ve got a pretty good track record in predicting new iPhone and MacBook announcements in the past. So we’ve taken a look at what little information there is available, and here’s what we think is waiting for us down at 1 Infinite Loop come Tuesday morning.

Powering the iPhone 5 will likely be an A5 processor, as it’s been spotted in purported photos of the next-gen model’s insides. The latest news also points to the iPhone 5 touting 1 GB of RAM, which makes for better gaming, browsing and more memory-intensive tasks. 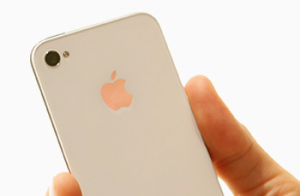 The rear-facing camera could also get a bump up from the current iPhone’s 5 megapixels to a sharper 8 megapixels. That’s the magic number for the industry currently, with Android smartphones like the Samsung Galaxy S II and Motorola Droid 3 already touting as much. Photography is key to the iPhone experience — especially with iOS-only apps like the ever-popular Instagram — and we don’t see Apple skimping out in that area.

Appearance-wise, the iPhone 5 may sport a new metal back, as opposed to the iPhone 4’s glass-covered rear. Case design mock-ups point to a device that’s incredibly thin, with tapered edges and a larger, edge-to-edge display. A number of mock-ups and case designs are showing an elongated hardware home button on the device, which seems a bit odd to us, as we thought Apple would be more likely to remove some hardware and turn that button into a capacitive-touch space.

We were inititally skeptical that Apple would release two iPhones this fall, a new iPhone and an incrementally updated or budget “iPhone 4S.” But hints from different sources suggest that a budget “iPhone 4S” could very likely make an appearance at Apple’s iPhone event.

For one, Apple board member Al Gore used the plural form when he said there would be “iPhones coming out next month” at a conference he spoke at in September.

CEO Tim Cook also previously stated that Apple would not be “ceding any market” and that “price is a big factor in the prepaid market.” Feature phones make up just about two-thirds of the nation’s mobile phone scene (not to mention foreign markets like China and India, where the prepaid phone market is huge). By producing a budget iPhone, with reduced storage capacity and cheaper data plan options, Apple could reach out to a large portion of the market that’s been holding out on purchasing a smartphone.

In an effort to gain ground among the growing legion of Android users, Apple may introduce the iPhone to a third carrier — namely, Sprint — in addition to its existing relationships with AT&T and Verizon. 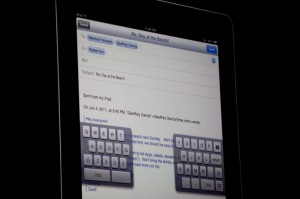 Increased distribution is a key component of Apple’s marketing strategy, according to Shing Yin of Citadel Securities, a position that wasn’t a major concern when the iPhone initially launched into the smartphone space.

T-Mobile recently confirmed it will not be carrying the iPhone this year. T-Mobile subscribers will have to get their smartphone kicks with Android, which the network is wholly embracing.

We’ve seen an iOS 5 preview at WWDC 2011 earlier this year, and it’s been available to developers in beta form for some time, so there are no surprises here. With iOS 5, the next iPhone will house a number of features currently accomplished by third-party apps. Examples include photo editing (something Camera+ currently excels at), image and document sharing (which falls in the realm of Dropbox) and a “Read Later” functionality (currently performed by Instapaper).

iOS also seamlessly integrates SMS and MMS messaging with iMessage and will allow for FaceTime-ing over a 3G connection rather than just a Wi-Fi connection.

One of the latest bits of exciting news we may be seeing Tuesday is the introduction of voice control on the iPhone. This purportedly comes by way of a feature called Assistant, a piece of software built by Siri, a start-up Apple purchased in 2010. Assistant will only be able to run on the iPhone 5, as it requires its beefed up CPU and additional memory.

Assistant would let you tell your phone something like “Send a text message to Joe Schmoe saying I’m going to be in town next Wednesday,” and then it would complete the task. It would also have a conversation mode to glean more information from the user in order to provide optimal results. It’s unlikely that Steve Jobs will make a surprise appearance at this year’s iPhone announcement. Jobs stepped down as CEO. It’s new CEO Tim Cook’s time to shine now, and his place to lead the event. Like past announcements, there will probably be a handful of executives — VPs like Jonathan Ive and Phil Schiller — taking turns introducing and demonstrating the various new and improved features of the phone. But Steve Jobs will not be stepping out from behind a black curtain. If there’s “One more thing…,” Mr. Cook will be the one dangling the carrot on a string.

Read 3298 times
Published in News Technologique-Tech News
More in this category: « Pirate-Fighting Mercs Arrested in Africa for Carrying Guns Qaida's YouTube Preacher Is Killed In Yemen »
back to top