Back to Basics: Analog Photography Project Aims to Slow Things Down 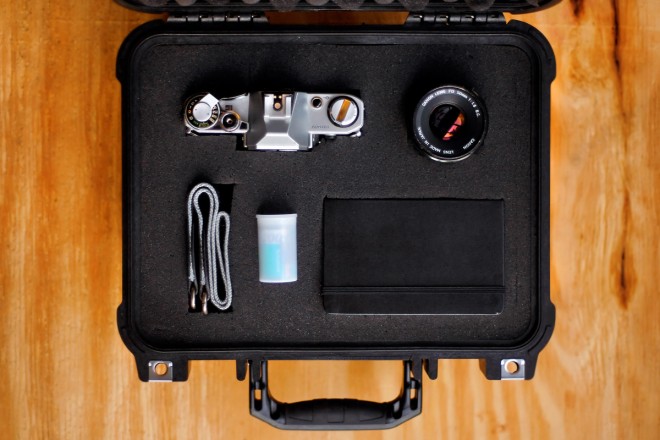 Sometime in early November, Florida photographer Chip Litherland will load five 35mm cameras with color film, carefully pack them into shipping cases, and mail them to five different photographers around the globe. Each photographer who receives a camera will be challenged to shoot just one picture before they have to ship the camera on to someone else.

Assuming they aren’t lost in the mail or ruined by curious customs agents, the cameras will eventually pass through the hands of 200 photographers on a round-the-world journey.

At a time when motor drives, digital cameras and iPhones have contributed to what he calls an “industry polluted with imagery,” Litherland said the venture, dubbed the FOCUSED project, is designed to slow things down—take it back to basics.

“The aim is to strip away all the conveniences that make the world so cluttered and return to a time where we thought about the picture we constructed instead of laying our finger down at 12 frames a second,” he says.

For Litherland, a former newspaper photographer, the impetus for FOCUSED grew out of his own frustration with an over-saturated visual world.

“This is totally a reaction,” he said. “At the newspaper I sometimes shot three to five assignments a day. I was shooting a volume of picture that I hope no one ever sees.”

He likes to compare the growth of new photography to an exploding dam or a growing landfill and said FOCUSED is his attempt to plug a hole or figure out a better way to sort through the trash.

“I certainly don’t want to discourage people from making pictures and enjoying photography,” he says, “I just want people to think. I want to challenge photographers to go out and construct one image and wait for the kind of moment that will remain tangible and important.” 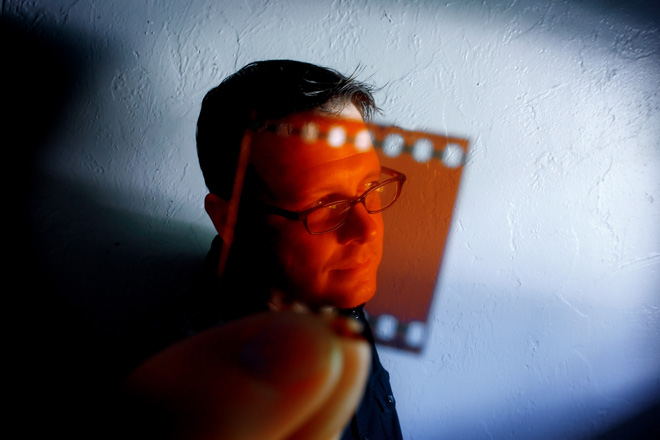 Litherland’s list of participants includes more than 30 Pulitzer Prize winners and some of the photojournalism industry’s most well-known names — folks like Sam Abell and William Albert Allard who made their name on patience and lasting moments.

It also includes several photographers who have never shot a roll of film in their lives.

“I think everyone [regardless of their experience] is looking forward to just taking a breath and thinking about making one thoughtful image, even if it’s a mistake. In the end this is really about the process,” Litherland says.

Once the cameras go out he’ll be tracking them on the website and posting pictures as film comes in. He’d like the project to culminate in a series of print sales, a traveling art show and possibly a book. All proceeds from the project are being donated to four different youth photography programs across the globe.

By donating to youth organizations, Litherland hopes the project will come full circle and help motivate a new generation of photographers who value the power of photography.

“We’re donating the money to support the organizations that are teaching visual storytelling and helping children develop their voice through photography,” he says. “We’re in this to profit mentally and visually, not monetarily.”

Read 5477 times
Published in News Technologique-Tech News
More in this category: « Zombies, Run! Makes Your Workout a Race For Survival Mercs Tried to Bribe Indian Tribe ... With a Playground »
back to top