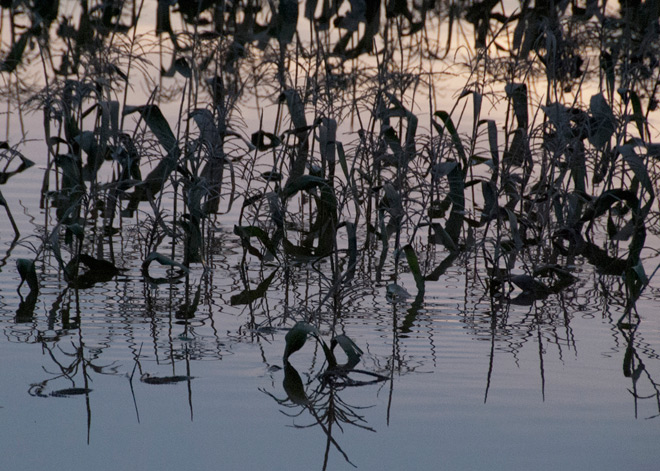 As the Thirty Years’ War between Europe’s ruling dynasties dragged on during the 17th century, soldiers suffered through the coldest few decades Europe had experienced for some time. Far to the east, armies from Manchuria (present day northern China) swept down from the snowy north and breeched the Great Wall of China. Not long after, a plague swept Europe. Why so much tumult? A controversial new study suggests that most of humankind’s maladies — from wars to epidemics to economic downturns — can be traced to climate fluctuations.

Advances in paleoclimatology have enabled researchers to look back further in time than they ever could before. One of these scientists, geographer David Zhang of the University of Hong Kong, was particularly interested in how hot and cold spells affect human civilization. He and colleagues loaded a powerful statistical analysis tool with socioeconomic, ecological, demographic, and other data. They collected data on 14 variables, such as human height, the price of gold, tree ring width, and temperature from preindustrial Europe between the years 1500 and 1800. The team then performed a statistical analysis called a Granger causality analysis to establish whether cause-effect relationships existed between any of them. This type of powerful analysis allows researchers to look at a time series of data and form relationships in which one type of event consistently leads to another. Finally, the researchers divided the time period into four smaller slices, ranging from 40 to 150 years each, to ascertain whether major events during these eras are actually caused by temperature differences within a given period, not just correlated with it.

Climate shifts were a statistically significant cause of social disturbance, war, migration, epidemics, famine, and nutritional status, the researchers report online today in the Proceedings of the National Academy of Sciences. And climate caused famines, economic downturns, and catastrophic human events far more often than did any of the other 14 variables. The most direct way in which extreme climate shifts influence human society is through agriculture, Zhang says; a falling supply of crops will drive up the price of gold and cause inflation. Similarly, epidemics can be exacerbated by famine. And when people are miserable, they are likely to become angry with their governments and each other, resulting in war.

But golden ages rise out of these dark periods, the team argues. For instance, a 100-year cold period beginning in 1560 caused shortened crop growing seasons. The researchers found a causal linkage with a decline in average human height by nearly an inch during this period, and the century was rife with disease and conflict. But the world began to warm in 1650; when Charles II was crowned king of England in 1660, the coronation sparked the Enlightenment era in Europe.

Mapping temperatures into eras also enabled the researchers to look at the historical correlations and determine a “crisis threshold” at which food prices rise so much, as a function of climate change, that crisis follows. This allowed them to “predict” when, at other points in history, events would occur. They found that those “predictions” were correct, Zhang says, showing that climate, impacts “not only war, not only population, but all of society.”

Halvard Buhaug, a political scientist at Peace Research Institute Oslo, calls the research “good work with a lot of good data.” But he adds that it was “really surprising” and “unfortunate” that the authors didn’t discuss whether the findings continued to apply in the industrial period, when trade, technological development, and other processes have made societies less sensitive to the climate. It remains unclear, he says, whether this research is relevant for the present day, when humans are facing a period of rapid temperature changes.

Zhang says that’s hard to predict. “We’ve never experienced how hot the climate [has to be] to create human disasters,” he says. “We know current temperatures may be the hottest for 2 millennia,” but the evidence that this will cause wars is “not much.”

The claim that this kind of analysis can pin down climate as the root of human history, particularly when the researchers examine long periods at a time, is “pretty hard to swallow for a historian,” says William Atwell, a historian at Hobart and William Smith Colleges in Geneva, New York. The authors, he says, ignore the effects of religion, trade, and other factors. For instance, during the “Little Ice Age” of 1500 to 1559, North American natives were dying en masse from diseases imported from the Old World, leading partly to the start of the African slave trade which, he argues, affected human history in a major way unrelated to climate shifts. “Not that [the researchers] don’t have interesting things to say,” he says, “but they’re attempting to be too precise” by putting dates and numbers on conflicts.

Paleoclimatologist Sebastian Wagner of Helmholtz Zentrum Geesthacht in Germany agrees that the time frames are too broad but for a different reason. The researchers prepared the data for analysis by “smoothing” it into 40-year chunks that, he says, could alter the significance level of the statistics. Additionally, he says, the paper looked only at temperature, not at other factors, such as changes in rainfall, that can drastically influence human society.

Image: Climate shifts lead to famine, famine leads to misery, and misery leads to wars, according to a statistical analysis of preindustrial Europe. (Katy Silberger/Flickr)