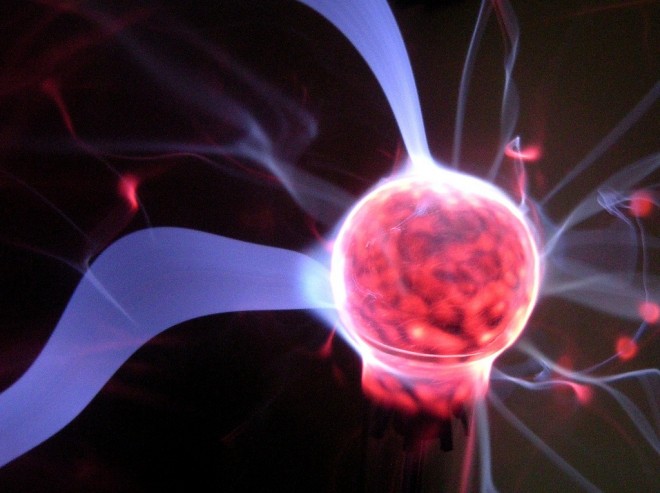 This has nothing to do with dark energy, but it sure looks neat.
Image: GollyGforce/Flickr

If you follow science news, you’ve heard a lot about something called “dark energy,” and you’re probably feeling lost and confused. What is it? Is it important? Could it affect Superman, who is normally only vulnerable to Kryptonite or magic?

I’m here to help. Don’t get all huggy on me.

Dark energy is making headlines in part because this year’s Nobel Prize in physics is going to a trio of scientists who proved in 1998 that the universe is not only expanding, but expanding faster and faster all the time.

This discovery raises many troubling questions about the nature of space-time. For example: It takes 13 freaking years to get a Nobel Prize? Who got the prize last year, Marie Curie?

At any rate, the prize-winning scientists merely demonstrated that the universe is accelerating; they didn’t actually have to explain why, which is pretty convenient for them. They get to enjoy the adulation and free muffins that come with a Nobel Prize, and the rest of boffindom is stuck picking up the pieces.

There are many theories about what’s causing this acceleration, but only one of them has a cool name: dark energy.

As a side note, this demonstrates the importance of picking a good name for your scientific phenomenon. Research into global warming would get a lot more funding if it were called “doom weather.”

Unfortunately, dark energy doesn’t live up to the coolness of its name. It’s the worst name-based disappointment since “laser printer.”

As far as I can tell, dark energy is a fundamental universal force that has the uncanny ability to get physicists off the hook. It’s everywhere, but it can’t be directly observed. It determines the ultimate fate of the entire universe, yet it doesn’t interact with matter in any measurable way. You can’t touch it or see it, but you can incorporate it into your cosmological models and get to bed by 10 for the first time since grad school.

Not simple enough? Let’s try this: If Susie has eight apples and you take away three, and then you look down and Susie only has four apples left, you can just say she has four regular apples and one “dark apple” and go collect your Nobel prize in the field of fruit-based arithmetic.

I have my own theory. Before you scoff — you’ve scoffed already, haven’t you? Well, before you continue scoffing, remember that many important scientific discoveries were made by people with an almost complete ignorance of the subject at hand who wanted attention. Einstein developed the special theory of relativity because he thought it would get up-votes on Reddit.

So here’s my theory: The universe isn’t accelerating; we’re just getting old. We’re out of touch and don’t remember what it was like to be young, wild and have a Doppler shift as red as the lips of a teenage girl on the last day of summer.

We used to live for the expansion of space-time. We thought the Big Bang would never end, but somewhere along the line we lost sight of that and settled down to our family and our job and our own meaningless little gravity well.

And now, rather than admit that we’ve slowed down, cooled off and packed on the baryons, we decide that the universe must be accelerating and some woo-woo “dark energy” must be the reason we’ve drifted away from our old friends, our youthful dreams and the Andromeda Galaxy.

Let’s stop fooling ourselves. Entropy isn’t something that happens to other people, and our attempts to live in the past are as pathetic and obvious as a closed timelike comb-over. We don’t need to be young and fast to enjoy reality. As a wise man is about to say, life begins at 10^17 seconds.

Born helpless, naked and unable to care for himself, Lore Sjöberg overcame these handicaps to become a boffin, a griffin and a muffin.

Read 3154 times
Published in News Technologique-Tech News
More in this category: « Zen and the Art of Scooter Testing Chromebook: 'Father of Google Apps' Raises Second Child »
back to top