Rise of the Machines: Why We Keep Coming Back to H.G. Wells' Visions of a Dystopian Future 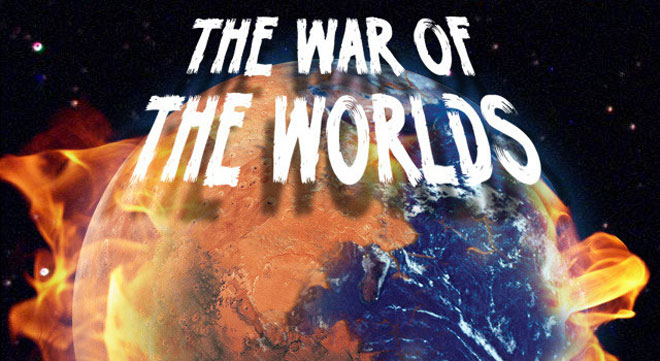 On the evening of Oct. 30, 1938, radio listeners in the greater New York area settled in for a broadcast of “Ramon Raquello” and his orchestra. Suddenly the performance was interrupted by the host, who explained that he had a special bulletin from “Intercontinental Radio News.” Perhaps a few listeners scratched their heads and wondered what Intercontinental Radio News was, but apparently not many. Mysterious explosions of “incandescent gas” had been observed on Mars through various telescopes, IRN reported.

Next a bulletin came in of strange aerial vehicles in various parts of the country and weird, creepy creatures popping out of them. Soon reports started coming in from everywhere of a Martian invasion of the planet. A huge panic set in. Newspapers received thousands of phone calls.

“I was really hysterical,” a woman who heard the broadcast as a teenager later remembered. “My two girl friends and I were crying and holding each other and everything seemed so unimportant in the face of death. We felt it was terrible we should die so young.”

Finally the man who had produced this radio drama came on. It was Halloween eve, and he had concocted the piece out of a novel written by a man born 145 years ago: H.G. Wells.

“This is Orson Welles, ladies and gentlemen,” the actor and director soothingly announced, “out of character, to assure you that the War of the Worlds has no further significance than as the holiday offering it was intended to be, the Mercury Theater’s own radio version of dressing up in a sheet and jumping out of a bush and shouting boo. You will be relieved to hear that we didn’t mean it.”

In retrospect, what is disturbing about the Great War of the Worlds Radio Panic of 1938 is that despite this disclosure — also made at the opening of the performance and during an intermission — some listeners continued to cower in their basements for days. They were obviously responding to the power of Welles’ radio adaptation.

But Welles had help. He was working with a masterpiece written by a man who, three decades before Hiroshima, foresaw atomic energy and nuclear war. H.G. Wells wanted to terrify us about what he saw as the coming crisis — ever more powerful technology in the hands of the human race. “If the dangers, confusions and disasters that crowd upon man in these days are enormous beyond any experience of the past, it is because science has brought him such powers as he never had before,” Wells wrote in his A Short History of the World, published in 1922.

This observation has become akin to a cliché in our time. But it was Wells who gave it to us and dramatically drove it home in the trio of novels that he wrote in an amazing four years: War of the Worlds, The Time Machine and The Island of Doctor Moreau. While we love these books and their movie adaptations, what we have forgotten is that Wells composed them as a warning; one that, like an intellectual replicant, now endlessly reproduces itself in new cinematic forms.

When we thrill to the “Rise of the Machine” plots in the Terminator and Aliens series, we are reading H.G. Wells. 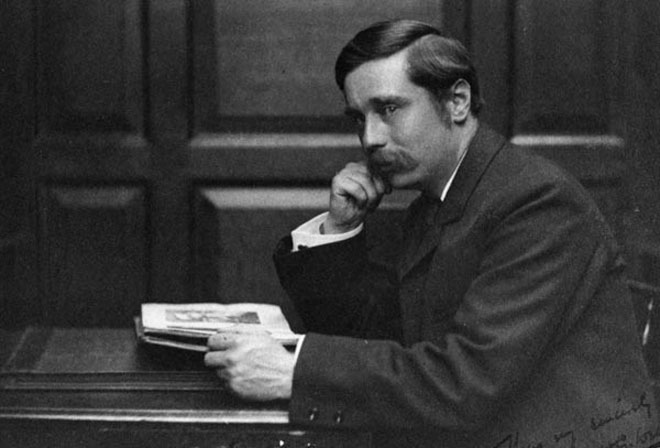 Herbert George Wells was born on Sept. 21, 1866 — the youngest son of an unsuccessful shopkeeper who lived and worked in a London suburb. At the age of 13, his family apprenticed Herbert to a chemist, then to a retailer of cloth. He eventually escaped both occupations by winning a scholarship to the University of London.

Following graduation, Wells taught biology for a spell. Then he took up journalism, “partly because it is a more remunerative profession in England than teaching,” as he put it. But before then he studied with a philosopher who would have a huge influence on him. T.E. Huxley’s famous lecture, “Evolution and Ethics,” responded to the prevalent doctrine of the time — Social Darwinism, with its assumption that human society is fated to follow the “survival-of-the-fittest” ethos found in the natural order.

Huxley contended that human civilization depended on repudiating this condition, not replicating it. “Let us understand, once for all, that the ethical progress of society depends, not on imitating the cosmic process, still less in running away from it, but in combating it,” he wrote. “The history of civilization details the steps by which men have succeeded in building up an artificial world within the cosmos.”

Wells’ novels focus on how science and technology frighteningly play out in the absence of this “ethical progress.” He made that clear in the introduction to War of the Worlds — his famous 1898 account of a Martian invasion of Earth, endlessly spun off in movies like Independence Day and Battle Los Angeles. Neither the 1938 Mercury Theater nor Steven Spielberg’s 2005 version with Tom Cruise includes Wells’ explanation for why the Martians attacked Earth: that their own planet was cooling beyond habitation.

“Looking across space with instruments,” they saw “a morning star of hope,” Wells explained, “our own warmer planet, green with vegetation and grey with water, with a cloudy atmosphere eloquent of fertility, with glimpses through its drifting cloud wisps of broad stretches of populous country and narrow, navy-crowded seas.”

And we men, the creatures who inhabit this earth, must be to them at least as alien and lowly as are the monkeys and lemurs to us. The intellectual side of man already admits that life is an incessant struggle for existence, and it would seem that this too is the belief of the minds upon Mars. Their world is far gone in its cooling and this world is still crowded with life, but crowded only with what they regard as inferior animals. To carry warfare sunward is, indeed, their only escape from the destruction that, generation after generation, creeps upon them.

And before we judge of them too harshly we must remember what ruthless and utter destruction our own species has wrought, not only upon animals, such as the vanished bison and the dodo, but upon its inferior races. The Tasmanians, in spite of their human likeness, were entirely swept out of existence in a war of extermination waged by European immigrants, in the space of fifty years. Are we such apostles of mercy as to complain if the Martians warred in the same spirit?

We survive this assault via biological dumb luck. The Martians turn out to be allergic to Earth bacteria, and drop dead. But references to evolution and devolution are all over War of the Worlds, as in the principal characters’ conversation with an “artilleryman” (loosely portrayed by Tim Robbins in the Spielberg film), who gives the protagonist shelter in a house. In the novel, the soldier has all kinds of plans for what do next — first off creating a new society in London’s sewer system.

“We have to invent a sort of life where men can live and breed, and be sufficiently secure to bring the children up,” he explains. “Yes — wait a bit, and I’ll make it clearer what I think ought to be done. The tame ones will go like all tame beasts…. The risk is that we who keep wild will go savage — degenerate into a sort of big, savage rat.”

Sooner or later, someone with better machines but no better values than ours is going to chew us up and spit us out.

The Spielberg version of Wells’ most famous novel doesn’t get very far into these scary philosophical weeds. But like so many cinematic adaptations of his writings, it conveys the feeling that the author wanted us to come away with. As we watch Tom Cruise desperately trying to outrun a huge Martian tripod human scooper, our worst suspicions are confirmed. We are living on technological borrowed time. Sooner or later, someone with better machines but no better values than ours is going to chew us up and spit us out.

That’s pretty close to the message of Terminator Salvation. In the fourth movie episode of the Terminator series, Skynet’s hideous “Harvesters” are, like the tripods, grabbing humans en masse and delivering them to a dark fate at the self-conscious machine networks’ headquarters in San Francisco.

But didn’t humanity have itself to blame for that scenario? Didn’t we create Skynet? H.G. Wells foresaw that special kind of hell too.