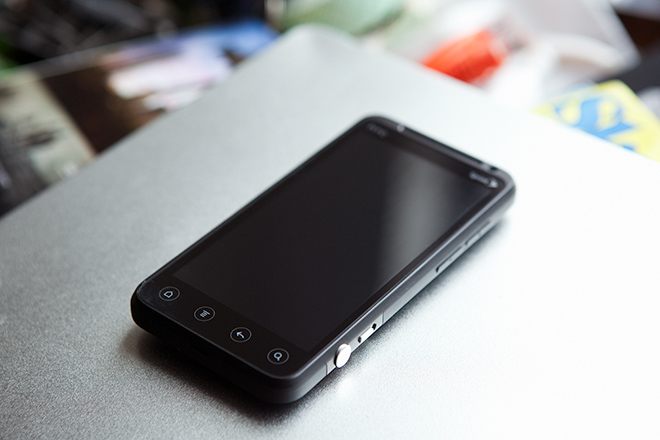 Joining the likes of competitors AT&T and Verizon, Sprint will soon begin building its own 4G LTE network, essentially admitting its bet on the rival WiMax standard was a bust. The move, announced Friday, should provide Sprint subscribers with a greater choice of 4G devices in the future, since LTE has basically become the standard for 4G here in the U.S. and abroad.

Sprint, the nation’s third-largest carrier, plans to roll out its 4G LTE network on the 1900MHz spectrum by mid-2012, with complete build-out by the end of 2013. Sprint will begin launching up to 15 CDMA/LTE devices towards the middle of next year, but will also continue selling WiMax products through the end of that year. Sprint expects its 4G network to cover over 250 million people.

So far AT&T, Verizon, MetroPCS and LightSquared all currently utilize LTE technology in their 4G networks.

Sprint is calling the future-proofing of its network coverage “Network Vision.” “Our progress deploying Network Vision enables Sprint to extend and evolve our 4G leadership and to improve the experience for 3G customers,” Sprint CEO Dan Hesse said in a release.

Sprint was a key player in the 4G revolution. The company was the first to heavily invest in 4G and is also the majority shareholder in ClearWire, which has struggled to compete effectively with DSL and cable internet connections with its 4G WiMax network. Sprint began developing its fourth-generational network in 2008 and released one of the first 4G Android handsets, the HTC EVO, on its WiMax network in 2010.

At the time, the other major networks had not made commitments to either WiMax or LTE for their 4G networks. In March of that year, Sprint CEO Dan Hesse hinted at Sprint’s eventual move towards LTE, saying, “LTE will likely be the larger of the 4G standards.” In an effort to curb rumors that Sprint was going to switch to LTE, though, Hesse backtracked a few months later, saying, “Our 4G strategy is WiMAX, full stop!”

According to the International Telecommunications Union, WiMax is closer to 3G than what we refer to as 4G via LTE. The wireless broadband access industry developed WiMax, which is supported by the IEEE standards body, while LTE was developed by mobile companies. However, the speeds you can achieve with both types of networks are largely comparable.

Verizon made a major push for 4G with its network infrastructure beginning in early 2011. AT&T began with a slight upgrade to HSPA+ for its “4G” network, but started rolling out its LTE network this summer in five major metropolitan areas.

T-Mobile still employs an HSPA+ network, which is largely considered “3.5G” rather than true 4G (more details can be found in Wired.com’s 4G explainer). So far, Verizon’s LTE network coverage and speeds have proven to consistently be the fastest among the nation’s four major carriers.

Beyond 2012, it is unclear if Sprint will continue to support both LTE and WiMax, or if the carrier will decide to just support LTE.

Sprint representative Kelly Schlageter said that “Sprint will continue to sell WiMAX devices with two-year contracts through 2012. We don’t have anything to announce beyond 2012 today.” For 3G, Sprint employs CDMA, and any part of the spectrum not used by iDEN is currently used for CDMA.

Clearwire, which Sprint has a 54 percent stake in, currently provides Sprint’s WiMax infrastructure. Some reports had indicated that Sprint might be trying to take over Clearwire, but today’s move makes it seem more likely that the relationship between the two companies may be strained. Sprint needs Clearwire’s support in order to roll out its LTE network.

Sprint does, however, have some help from another nationwide spectrum provider — LightSquared. The two signed a deal that gives Sprint access to its 1600 MHz LTE spectrum through 2015.

Sprint hasn’t been doing well revenue-wise since its merger with Nextel in 2005, and is making a big bet on the iPhone to help push it into profitability. Nextel’s old iDEN network has historically been a source of problems for Sprint, which could feasibly push legacy iDEN users off the 800 MHz frequency and use it instead for LTE, but this has not been confirmed.

The switch to LTE is expected to cost Sprint between $4 and $5 billion, though the investment could deliver over twice that in economic benefit to the company, if this bet pays off better than the money it put on WiMax did.