Top 5 Evil Volcano Lairs? Pfpt! They Missed the Best One

Many of you saw the post the other day on the blog for the Geological Society of London about the so-called “Top 5 Volcanic Lairs for Evil Geologists“. It was a fun piece, ranking Atlasov, Surtsey, Jabal Al-Tair, Fogo and Stromboli as the best choices. Now, those are some good locations but I think they really missed the boat on this one. If I were to pick a lair for my diabolical plans (which really, I’m not. Really. Honestly.) I’d want something that really strikes fear into the hearts of the masses and is so remote that it would take any nation hours to send even aircraft to find me. I’d want a place with ready access to an army of minions. And I’d want a lava lake (OK, that does jack up the price a little bit, but whatever, I’ve got money to burn).

I would choose Mt. Erebus. Hands down. 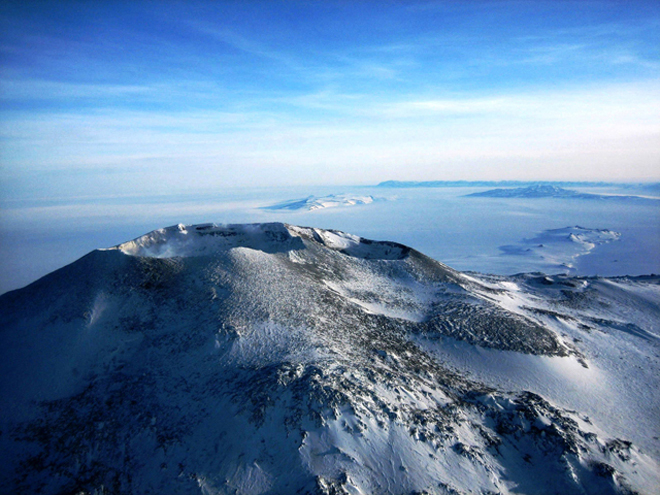 Can't you see me now, in my Erebus lair?

Let’s look at a few reasons why:
(1) Erebus is near nothing, unless you count the scientists at the McMurdo Station on Ross Island, which I don’t because I know that when it comes down to it, nobody listens to the scientists, even if they’re saying somebody is building an evil lair.
(2) Ever look at a picture of Ross Island? It looks like a spaceship from above. Maybe it is a spaceship? Maybe Mulder was right …
(3) The names: There are three volcanic edifices on Ross Islands – (1) Mt. Erebus, the active volcano, named after the son of the Greek god of chaos; (2) Mt. Terror, which is Mt. Terror for crying out loud and; (3) Mt. Bird … with which I can’t do much (unless you’re scared of birds) 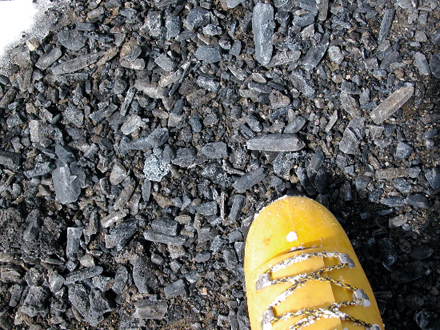 I crush you with my yellow boot, anorthoclase crystals, like I will crush the governments of the world!

(4) Mt. Erebus has an active lava lake, and in this lava lake grow anorthoclase crystals (see below) that are the size of pickles. I did try to think of a more threatening size/shape comparison for the anorthoclase, but came up dry. However, did I mention the lava lake?, because if I didn’t … bam! Beyond just the intrinsic awesomeness of owning a lava lake, you can also dangle enemies over it and tap it for a gazillion gigawatts of power for whatever Destructo(TM) ray you so desire.
(5) Remember up top when I mentioned minions? I give you minions. Watch out. I mean it. 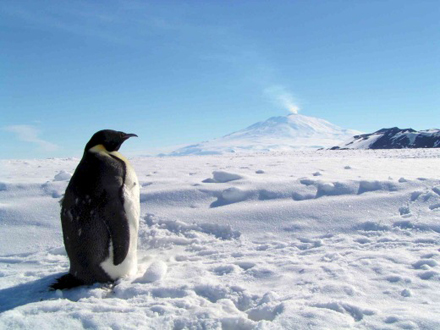 So, if the world government comes after me with their black helicopters, you’ll know where to find me.

{As a programming note for this week, certain things happening may make posts pretty sparse – details to come. If something big does happen, feel free to leave comments!}