You Should Hope The Crazy Iranian Bomb Plot Is True 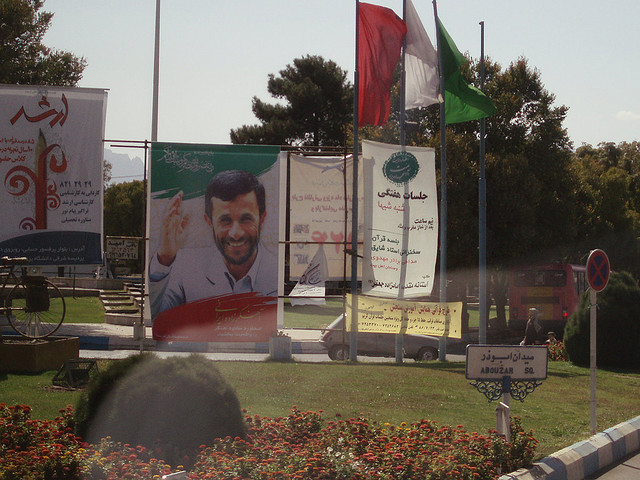 The wild story put out by the Justice Department about an Iranian assassination plot smells suspiciously like something passed through a bull’s digestive tract. But the U.S. should hope that it’s true. Because it makes Iran’s fiercest terrorist organization look like blithering idiots.

According to the criminal complaint brought against Mansour Arbabsiar and his cousin, Gholam Shakuri on Tuesday, agents from Iran’s feared Qods Force, a buck-wild branch of the already buck-wild Revolutionary Guards Corps, plotted to assassinate the Saudi ambassador to the U.S. in Washington D.C. They might move on to the Israeli embassy to raise hell. And if the prospect of starting a regional war — the likeliest outcome of murdering diplomats from Iran’s Mideast rivals, on U.S. soil no less — weren’t bad enough, the Qods Force allegedly sought inroads with Mexican drug cartels.

But here’s why you should hope it really went down the way the government describes, as hard as that is to believe.

In the narrative spun by the criminal complaint, a naturalized U.S. citizen, Arbabsiar, approached a Mexican man he believed to be tied to a “large, sophisticated and violent drug-trafficking cartel” in the spring of 2011. Arbabsiar, who boasted that his cousin was a big cheese in an Iranian military unit, wanted to pay the guy $1.5 million to assassinate Saudi Ambassador Adel al-Jubair. The two men had never met before.

What Arbabsiar didn’t know was that his interlocutor was a paid informant of the U.S. Drug Enforcement Administration. Arbabsiar, claiming to be acting on behalf of his cousin, wired the Mexican cash. It went straight into a bank account controlled by the FBI.

If any of this is remotely true, then the crack intelligence work of the Qods Force is stunning to behold. The Mexican informant taped Arbabsiar’s telephone calls. They reveal some laughably insipid code words. Icing al-Jubair is referred to as “painting the house” — Arbabsiar made sure to remind his interlocutor that the house couldn’t be left half-painted — and al-Jubair himself was “Chevrolet.”

Such a crack operative doesn’t suspect that when he’s summoned to Mexico in September, he’s going to be arrested at an airport. In custody, Arbabsiar cracked and blamed the Qods Force for the plot. U.S. officials even got Arbabsiar to call his cousin and implicate him. “You mean you are buying all of [the Chevrolet]?” asked cousin Shakuri, supposedly a wheeler-dealer in the Qods Force.

The Qods Force is no joke — or, until the release of the criminal complaint, it was hard to think of it as a joke. The U.S. accused it of smuggling deadly bombs into Iraq (though sometimes without much evidence). As Thomas Jocelyn the Weekly Standard reminds, the Qods Force was behind one of the most sophisticated and brazen attacks on U.S. forces of the whole Iraq war, an ambush on a Karbala facility. And it’s believed to be responsible for training and funding Iran’s various terrorist proxies, chiefly Hezbollah.

Which raises an obvious question: why would such a sophisticated organization with ties to known terrorists risk establishing a new partnership with an unknown Mexican drug gang for an operation with such high stakes? Many have speculated that the plot as described in the complaint simply can’t be true — that either Shakuri wasn’t really a Qods Force operative, or that senior levels of the Iranian government were unaware of the outlandish plot. “The Quds are better than this,” ex-CIA officer Robert Baer told the Washington Post. “If they wanted to come after you, you’d be dead already.”

Perhaps. But let’s give the government the benefit of the doubt. If the plot really went down the way the government alleges, then Iran’s most feared military/intelligence arm looks like a bunch of miscalculating buffoons. And these are the people, David Petraeus has recounted, whom Iran’s regime relies upon to cultivate Iranian influence throughout the Mideast. Miscalculation is indeed dangerous in foreign policy. But the U.S. — and Jubair — might be able to find comfort in the fact that nine times out of ten, incompetence is far worse.