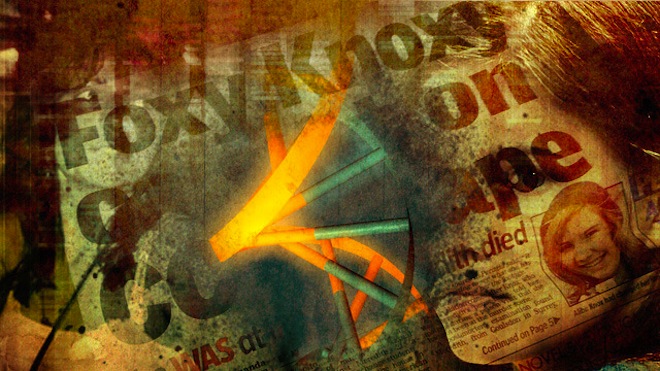 If you watch crime dramas, you’ll be forgiven for the impression that DNA evidence makes an airtight case. And if you do have that impression, you might be confused about the internationally famous case of American Amanda Knox, convicted of murdering her British roommate in Perugia, Italy in 2007. After all, the prosecution’s case was based on DNA evidence; Knox’s genetic fingerprints were found by Italian police on the handle of a kitchen knife, which also had the victim’s DNA on the blade.

But not all DNA evidence is created equal — and Knox walked free last week from an Italian jail after scientists savaged the forensic evidence against her as being wholly unreliable. How did DNA analysis go so wrong?

To understand the problems with the Knox case, we drew on the extensive real-world genetics experience of the Ars science staff and spoke with Dr. Lawrence Kobilinsky of the John Jay College of Criminal Justice in New York. Kobilinsky has seen the DNA test results from the Knox case and helped walk us through the reasons that DNA evidence isn’t always as airtight as it sometimes looks on TV.

DNA analysis amplifies a tiny bit of DNA into millions of copies, but this amplification process can lead to problems if it’s not carefully managed. The results of this process don’t speak for themselves — interpretation is always required — and the interpretation of DNA analysis became a decisive problem for Amanda Knox. In the end, terrible crime scene management and an unjustified certainty about DNA evidence on the supposed murder weapon led to a murder conviction that collapsed on appeal.

Amanda Knox was a 20-year old American citizen living in Perugia, Italy, sharing an apartment with several other women. One of them, Briton Meredith Kercher, was murdered on Nov. 1, 2007, her body discovered nude inside her locked bedroom, with a fatal knife wound to the neck. Knox claimed to have spent the night with her boyfriend in a different building and only returned in time to help discover Kercher’s body.

Although Perugia resident Rudy Guede was charged with rape and murder, Knox and her boyfriend, Raffaele Sollecito, were eventually charged in the case as well. A witness claimed that the pair had been near the apartment the night of the murder, and some DNA evidence (on a knife belonging to Sollecito and on Kercher’s bra) allegedly linked them to the crime. Amidst a swarm of media attention, Knox and her boyfriend were eventually convicted of murder.

Then came the appeal. The witness who had allegedly seen the duo turned out to be a heroin addict who gave inconsistent accounts. That shifted the focus away from witness testimony and onto the DNA evidence, which was finally evaluated by two experts from the Universita di Roma.

The experts were not kind to the evidence. The bra clasp, it turned out, had sat on the floor for more than six weeks after the murder before being secured and processed; photographs show that it had been moved between the murder and its eventual collection. The clasp was the only DNA evidence placing Sollecito at the scene of the crime; no DNA put Knox on the scene at all.

The supposed murder weapon, a long kitchen knife, was found in the home of Sollecito, in his kitchen knife drawer. The knife held little DNA and, according to the experts, the local authorities had not handled the tests properly to compensate.

In short, there were problems with all the DNA evidence used in the trial. Without a witness or reliable DNA evidence, Knox’s conviction was overturned on Oct. 3, and she was freed, returning immediately to the U.S.

To understand what went wrong with the DNA evidence here, we need to look at the techniques that help generate that evidence. (The discussion gets a bit technical, but it’s important to understand the reasons why this evidence has been rejected.)

The modern use of forensic DNA relies on a technique called the polymerase chain reaction (PCR), which won inventor Kary Mullis half of the 1993 Nobel Prize for chemistry. PCR repeatedly amplifies specific pieces of DNA. Scientists begin by designing two short pieces of DNA called “primers” that flank a particular genetic sequence of interest. These primers then enable a protein called a polymerase to copy the intervening DNA sequence, creating two identical copies from a single source. A cycle of temperature changes can reset the system, and each cycle doubles the number of identical molecules present. The result: rapid, exponential copying of a single DNA molecule. (To learn more, read our previous in-depth account of PCR.)

This exponential growth theoretically allows a single molecule of DNA to be amplified into an entire population of identical molecules, making it trivial to detect. In practice, Kobilinsky said that PCR has allowed definitive identification of the source of DNA samples from less than 100 picograms (10-12 of a gram) of DNA. (That’s the weight of about 100 bacteria.)

This extreme sensitivity, however, creates its own problems. “You have to be extra careful not to contaminate the sample or equipment,” Kobilinsky said, since just a tiny bit of contaminating DNA is enough to generate a false positive from a sample that otherwise lacks the relevant DNA sequence. That was a danger here: the DNA from the bra clasp, ultimately used to place Sollecito (and by induction, Knox) at the scene, sat around for weeks in an apartment that Knox had occupied and Sollecito visited.

PCR also has a propensity to generate artifacts. Although the primers are highly specific to a given DNA sequence, there’s a large population of primers in every reaction. This raises the likelihood of a rare event like the amplification of a mismatched DNA sequence. If something odd happens early enough in the amplification process, it’s even possible for an artifact to become the primary product of a PCR reaction, causing confusing results.

The more times you cycle a reaction, the more likely you are to amplify something spurious. Kobilinsky laid out strict rules for how many cycles are performed in a forensic PCR reaction: 28 cycles under standard conditions, and 31 cycles for “high sensitivity” tests, used when the available quantities of DNA are very small.

There are ways to control for many of these problems—doing reactions without any of the DNA sample in order to test for contamination, using known positive samples, etc. All of these increase the reliability of the evidence by identifying the testing that can’t be trusted. But these controls emphasize the point: DNA evidence alone isn’t as decisive as it’s often perceived to be. And other problems came into play when the knife was tested.