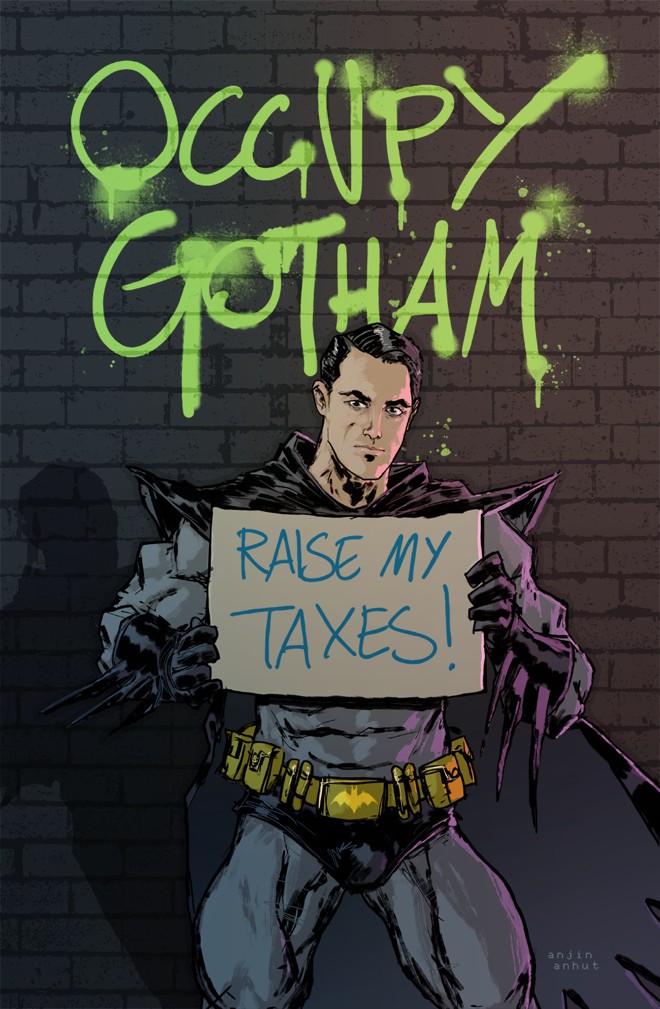 Bruce Wayne just wants to pay his fair share for the good of the people.
Image courtesy Anjin Anhut

The Occupy Wall Street movement has come to comics.

One of the first salvos is from Berlin-based artist Anjin Anhut, whose Occupy Gotham (above) illustrates Batman’s sympathy for people sick of being sold out to jet-setting market sharks.

“I liked Warren Buffett’s public demand to be taxed more,” Anhut told Wired.com in an e-mail. “So I needed a popular super-rich guy, and that was either Tony Stark or Bruce Wayne. I went with Wayne, because he basically always makes the right decision and is prepared for everything. Rich people should ask themselves, ‘What would Batman do?’”

‘What would Batman do?’

It’s a worthy question to ask the comics industry and fandom alike, especially as DC Comics’ underwhelming reboot campaign, dubbed “The New 52,” has returned Batman to familiar territory fighting gangsters and monsters from his past. While Scott Snyder’s serviceable new iteration of Batman throws in a few scenes of Bruce Wayne promising to battle rapacious capitalism, they come during tony dinner parties for the rich that take place far from the mean streets where the little people live and die.

Pizzolo’s new project, Occupy Comics, is an arty protestation of similar mind built around the movement that has spread from New York City to the rest of the nation, shining a spotlight on widespread unemployment, government bailouts for banks and other toxic issues.

“It’s a great conversation to be having,” he said. “The Occupy movement is a paradigm-buster. Anyone who tries to impose a left-right paradigm on it winds up looking out of touch and irrelevant.” 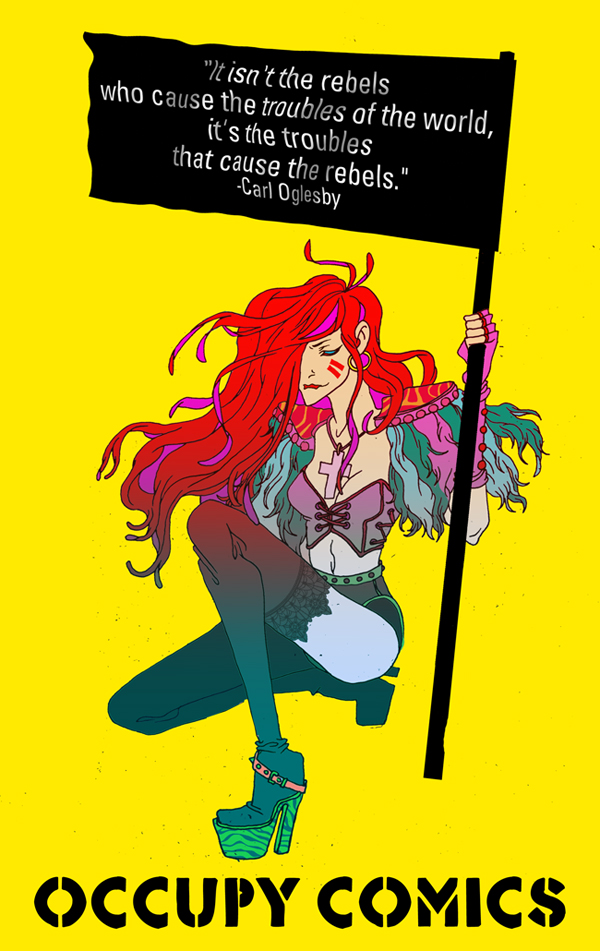 Still in its formative stage, Pizzolo’s Occupy Comics was originally designed to bring public awareness to the Occupy Wall Street movement. But a combination of growing protests, as well as possibly illegal police pushback, solved the exposure gap. Now Pizzolo is interested in providing illustrative and material support to protesters through a Kickstarter project whose contributors would donate all proceeds to the Wall Street occupiers.

“I think it’s cool to expand the Occupy movement out of physical spaces and into abstract spaces like comics, so its culture can start occupying shared mindspaces as well as cities,” Pizzolo said. “The occupation has to be as pervasive and immersive as possible.”

“Superheroes have usually faced the issues of their times and led by example,” Occupy Gotham artist Anhut said. “Their strongest stories are those where social issues are reflected. They can stand with and inspire us, because their stories play out in a world that is a reflection of ours.”

Perhaps, but times seemingly have changed. Anhut’s Batman, like the billionaire Buffett before him, may be asking the government to raise his taxes. But DC Comics’ New 52 delivers only one major superhero for social justice — Grant Morrison’s Superman from Action Comics. In the new series, truth-seeking journalist Clark Kent and his superheroic alter ego spend the majority of their time fighting injustice after injustice. Elsewhere in the DC reboots, Superman’s compatriots mostly settle into ultraviolent routines with more scantily clad arm candy than ever.

“What I am trying to do with Action Comics is perhaps provocative,” Morrison told Wired.com in July, when Supergods, his autobiographical cultural history of comics, landed. “Because I’m looking back at the original Superman as a champion of the oppressed, and not necessarily a figure of law and order or patriotism.” 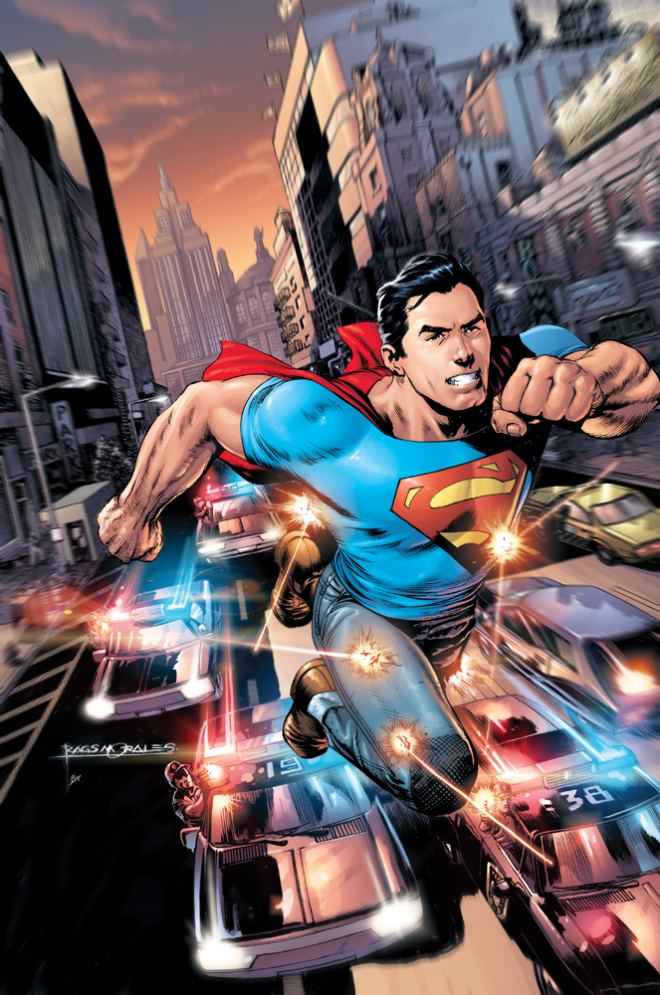