HTC's Massive Sensation XL Is the Humvee of Android Phones 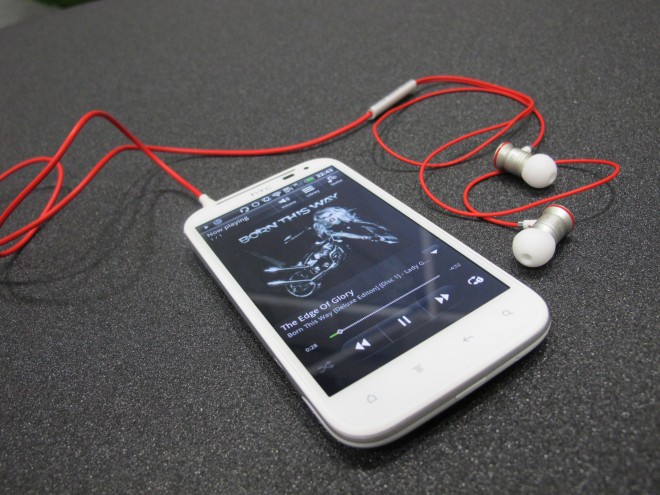 SAN DIEGO — You think you’ve seen big phones before? That old Motorola Star-TAC buried in your closet may be a fatty, but it ain’t got nothin’ on HTC’s latest slab of a smartphone, the Sensation XL.

This thing is a beast. The 4.7-inch display is the largest we’ve seen on any smartphone. And with this much screen real estate, the Sensation XL is obviously meant to be a quasi-tablet of some sort; providing actual phone service almost seems like an afterthought.

Fortunately, the phone does a wonderful job displaying movies and apps on its WVGA LCD screen. Photos looked great and clips played brilliantly, with image-quality performance standing up to that of most other high-quality smartphone displays.

Sadly, the XL lacks the metal kickstand pioneered earlier this year on its older brother, the Thunderbolt. Video playback is a natural fit for this thing, and it’d be nice to watch movies hands-free.

A fat display isn’t the only media-friendly feature of the XL. HTC recently sank 300 million bucks into the Beats by Dre audio company, a brand known best for its line of headphones endorsed by hip-hop mogul Dr. Dre. The XL is the first to leverage the company’s “Beats algorithm” software which, when coupled with the URBuds headphones that come free with the phone, gives listeners a significant boost in sound quality. We listened to two tracks — one TV on the Radio and one Lady Gaga — and we could detect palpable aural improvements with the Beats settings turned on. Still, it’s probably a better feature for bass-loving hip-hop fans than those who listen to Sonic Youth. 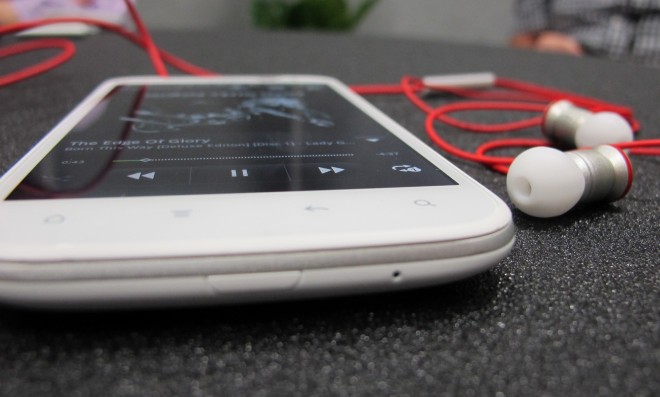 The 8-megapixel back-facing camera appears serviceable. We took crisp-enough pictures and the software includes a cutesy (if not a bit unnecessary) panorama picture-taking mode. But as with many other Android smartphones, the camera is nothing to write home about.

The entire hardware show is powered by a solid 1.5-GHz Qualcomm Snapdragon processor, which kept us zipping through menu screens and loading apps with relative ease. HTC strays from recent smartphone trends, opting for a single-core chip instead of a dual-core like the Nvidia Tegra 2. The trade-off was most likely made to preserve battery life (what with all that movie watching you’ll be doing on the thing).

But here’s the rub, eager beavers: The XL is only available in Europe and Asia, meaning no love for stateside customers. When asked why this was the case, an HTC spokesman told us the company’s product roadmap has other comparable treats in store for U.S. consumers this year.

If you aren’t compelled to wait for the XL, you might pick up the slightly smaller Samsung Inspire, a formidable competing device that measures in with a 4.5-inch display and a fantastic super AMOLED screen. Otherwise, be on the lookout for more surprises from HTC come the holidays.