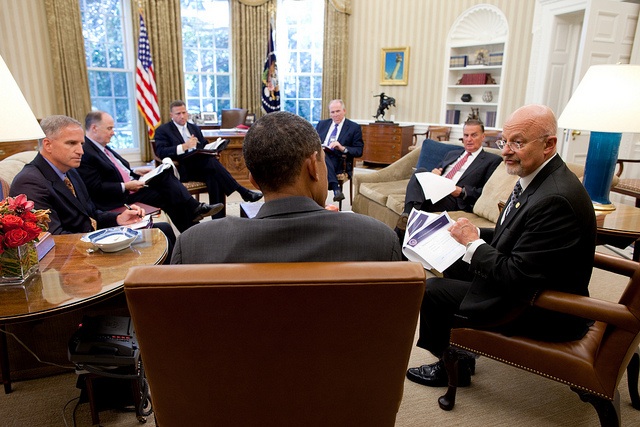 America’s spies, like the rest of the nation, are looking ahead to a period of austerity. The intelligence community is facing “double digit” percentage cut to its $80 billion annual budget, James Clapper, the director of national intelligence, said today.

“Coincidentally today we handed in our homework assignment, if you will, to [the White House Office of Management and Budget], and it calls for cuts in the double-digit range with a ‘B’ over 10 years,” Clapper told the United States Geospatial Intelligence Foundation’s conference in San Antonio, Texas.

As the federal government attempts to find over a trillion dollar in savings to meet budget-cutting goals, even intelligence spending is not immune to cuts. But the intelligence community does not normally divulge details of its budget, citing the need to keep its spending secret from foreign adversaries who might glean valuable information about the scope of activities. That changed a bit under Clapper, who disclosed earlier this year that the spy agencies were spending about $80.1 billion annually.

Steven Aftergood, who watches intelligence issues for the Federation of American Scientists, says that most statements so far about possible cuts to the intelligence budget have only been general in nature. “Double-digit cuts would be huge, and astonishing,” he says.

In recent congressional testimony, David Petraeus, the head of the CIA, and Clapper, both talked about the potential for upcoming cuts to the intelligence budget. “We have…had 10 years of steady increases,” Petraeus a joint congressional panel on intelligence. “Now we’re going to have to tighten our belts.”

Speaking today, Clapper expanded on previous comments, saying the spending reductions will be absorbed in a number of areas, including cuts to the information technology budget, slashing the contractor workforce, and possibly closing some overseas facilities.

Information technology, however, may be the primary focus.  Clapper said that some 20 to 25 percent of the intelligence community’s budget is labeled as IT, making it ripe for cuts. “If there’s an area where we can bring about efficiency and savings, that’s it,” he said.

Overseas infrastructure may also have to shrink. “I think another thing we’ll have to look at, and this will take time, is overseas facilities,” he said. “Do we really need all of them or not?”

Clapper said the expected cuts should come as no surprise, given the increased funding the community has benefited from in recent years. “We have been luxuriously funded the past 10 years,” he said.