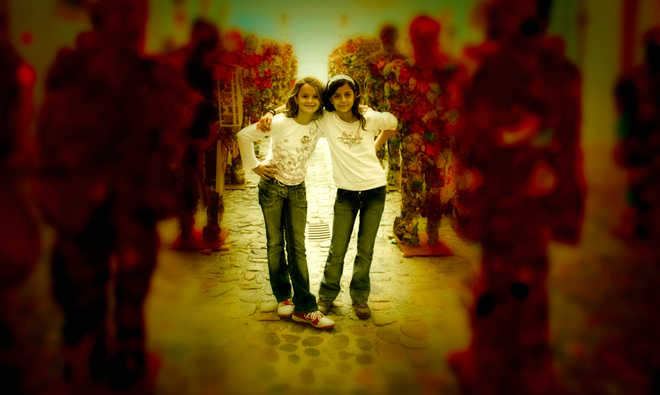 Humans are storytelling machines. We don’t passively perceive the world – we tell stories about it, translating the helter-skelter of events into tidy narratives. This is often a helpful habit, helping us make sense of mistakes, consider counterfactuals and extract a sense of meaning from the randomness of life.

But our love of stories comes with a serious side-effect: like all good narrators, we tend to forsake the facts when they interfere with the plot. We’re so addicted to the anecdote that we let the truth slip away until, eventually, those stories we tell again and again become exercises in pure fiction. Just the other day I learned that one of my cherished childhood tales – the time my older brother put hot peppers in my Chinese food while I was in the bathroom, thus scorching my young tongue – actually happened to my little sister. I’d stolen her trauma.

The reason we’re such consummate bullshitters is simple: we bullshit for each other. We tweak our stories so that they become better stories. We bend the facts so that the facts appeal to the group. Because we are social animals, our memory of the past is constantly being revised to fit social pressures.

The power of this phenomenon was demonstrated in a new Sciencepaper by Micah Edelson, Tali Sharot, Raymond Dolan and Yadin Dudai. The neuroscientists were interested in how the opinion of other people can alter our personal memories, even over a relatively short period of time. The experiment itself was straightforward. A few dozen people watched an eyewitness style documentary about a police arrest in groups of five. Three days later, the subjects returned to the lab and completed a memory test about the documentary. Four days after that, they were brought back once again and asked a variety of questions about the short movie while inside a brain scanner.

This time, though, the subjects were given a “lifeline”: they were shown the answers given by other people in their film-viewing group. Unbeknownst to the subjects, the lifeline was actually composed of false answers to the very questions that the subjects had previously answered correctly and confidently. Remarkably, this false feedback altered the responses of the participants, leading nearly 70 percent to conform to the group and give an incorrect answer. They had revised their stories in light of the social pressure.

The question, of course, is whether their memory of the film had actually undergone a change. (Previous studies have demonstrated that people will knowingly give a false answer just to conform to the group. We’re such wimps.) To find out, the researchers invited the subjects back to the lab one last time to take the memory test, telling them that the answers they had previously been given were not those of their fellow film watchers, but randomly generated by a computer. Some of the responses reverted back to the original, but more than 40 percent remained erroneous, implying that the subjects were relying on false memories implanted by the earlier session. They had come to believe their own bullshit.

Here’s where the fMRI data proved useful. By comparing the differences in brain activity between the persistent false memories and the temporary errors of “social compliance” the scientists were able to detect the neural causes of the misremembering. The main trigger seemed to be a strong co-activation between two brain areas: the hippocampus and the amygdala. The hippocampus is known to play a role in long-term memory formation, while the amygdala is an emotional center in the brain. According to the scientists, the co-activation of these areas can sometimes result in the replacement of an accurate memory with a false one, provided the false memory has a social component. This suggests that feedback of others has the ability to strongly shape our remembered experience. We are all performers, twisting our stories for strangers.

The scientists briefly speculate on why this effect might exist, given that it leads to such warped recollections of the past:

Altering memory in response to group influence may produce untoward effects. For example, social influence such as false propaganda can deleteriously affect individuals’ memory in political campaigns and commercial advertising and impede justice by influencing eyewitness testimony. However, memory conformity may also serve an adaptive purpose, because social learning is often more efficient and accurate than individual learning. For this reason, humans may be predisposed to trust the judgment of the group, even when it stands in opposition to their own original beliefs.

This research helps explain why a shared narrative can often lead to totally unreliable individual memories. We are so eager to conform to the collective, to fit our little lives into the arc of history, that we end up misleading ourselves. Consider an investigation of flashbulb memories from September 11, 2001. A few days after the tragic attacks, a team of psychologists led by William Hirst and Elizabeth Phelps began interviewing people about their personal experiences. In the years since, the researchers have tracked the steady decay of these personal stories. They’ve shown, for instance, that subjects have dramatically changed their recollection of how they first learned about the attacks. After one year, 37 percent of the details in their original story had changed. By 2004, that number was approaching 50 percent. The scientists have just begun analyzing their ten year follow-up data, but it will almost certainly show that the majority of details from that day are now inventions. Our 9/11 tales are almost certainly better – more entertaining, more dramatic, more reflective of that awful day – but those improvements have come at the expense of the truth. Stories make sense. Life usually doesn’t.

Read 2450 times
Published in News Technologique-Tech News
More in this category: « Wired.com Embeds With #Occupy and Anonymous If the PC Is Dead, Someone Forgot to Tell Intel's Customers »
back to top