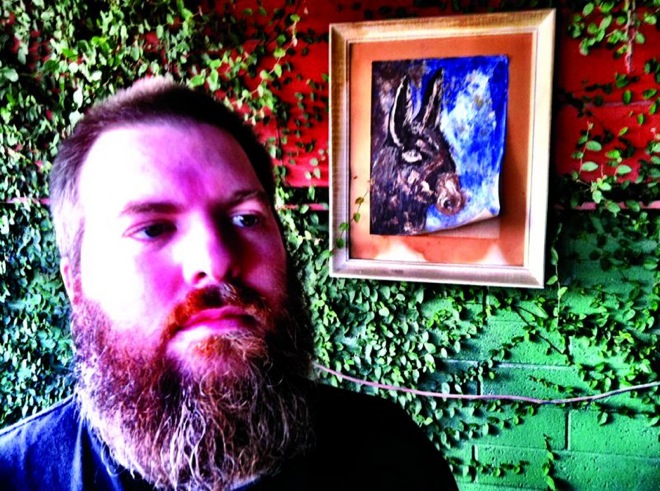 From odd pop and Jedi metal to sharp comics and sci-fi Twitter spiels, Rob Crow is Wired's kind of People.

Multitasking musician Rob Crow returns to the smart indie-pop fold with his latest solo effort, He Thinks He’s People. But don’t expect brainy new tunes like “Sophistructure,” available below as a free MP3, to square the circle.

“‘Sophistructure’ is the idea of creating a structured lifestyle plan around sophistry,” the San Diego-based Crow told Wired.com in an e-mail chat. “Which is, of course, impossible.”

Other tracks from He Thinks He’s People, out Tuesday from standout independent label Temporary Residence Limited, are stuffed with similarly strange information. The oddest might be the digital funk of “Locking Seth Putnam Into Hot Topic,” an esoteric in-joke that cracks excellently wise for fans of Crow’s various bands like Pinback and many, many more — no, really — as well as his cult-astic Twitter feed.

One thing you won’t find on He Thinks He’s People is the heavy geek metal Crow is particularly adept at pounding out. That’s all been relegated to Goblin Cock, another of his sonic vehicles. “Now that I have Goblin Cock, I can thankfully leave the metal which always got in the way of my solo records,” Crow said. “I thought it needed to be done. Bands like Heavy Vegetable, Thingy, Optiganally Yours and Pinback are band-member-specific.” 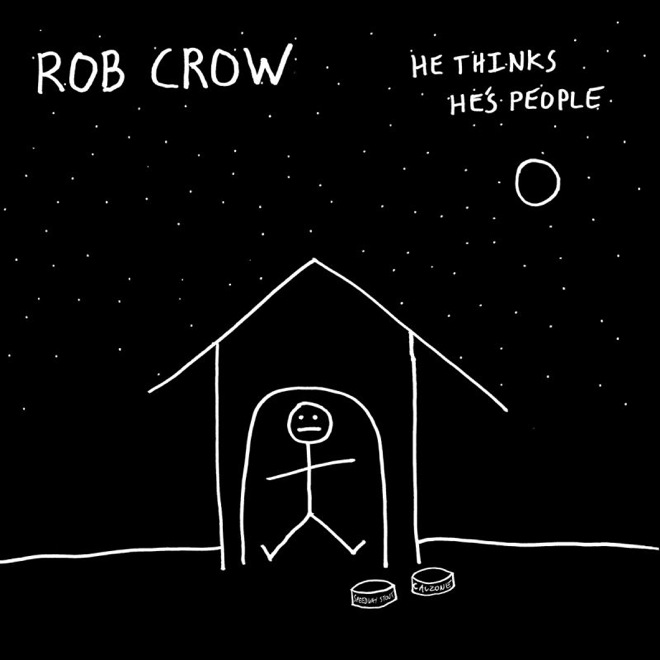 He Thinks He’s People is Crow’s first solo effort since 2007’s Living Well. He’s also hard at work on the follow-up to Pinback’s last full-length, Autumn of the Seraphs; that album’s greatest track, “From Nothing to Nowhere” (below), featured Crow in the astronaut jumpsuit worn by the character from cult sci-fi film Dark Star that inspired the band’s name.

Crow hasn’t been idle during that uncharacteristically dry recording spell, having added two more children to his family. In fact, the comics fan has been so busy he hasn’t had a chance to catch up with DC Comics’ sprawling New 52 reboots, although not for the reason you might think.

“I can’t start reading comics until their story arcs are completed, so it’s going to be a while before I get to any of the New 52 stuff,” he said. “Looks messy, though.”

Now that Crow’s the patriarch of an expanding family, the creator of tracks like “Jedi Outcast” (right) might give The Clone Wars‘ CGI series another shot.

“I loved Genndy Tartakovsky’s Clone Wars series, but I was put off by Lucasfilm’s Jabba Baby movie,” he said. “I’ve watched a few episodes of the first season [of Clone Wars] and it’s growing on me. But I want to watch it with my kids, and it’s tough to wrangle them in front of a television for that long, which is probably a good thing.”

One new show that Crow’s pop-cult tastes have responded to is American Horror Story, from Glee and Nip/Tuck creators Ryan Murphy and Brad Falchuk. He harbors high hopes that they don’t blow it.

“It’s by far the best thing I’ve seen on television, especially U.S. television, in a long time,” Crow crowed. “Maybe ever. I hope it doesn’t get ruined.”

Read 3602 times
Published in News Technologique-Tech News
More in this category: « Motorola to Challenge Apple With Revamped Razr and Nano Lookalike Nokia N9 Smartphone Is Heavy on Quirkiness, Light on Substance »
back to top