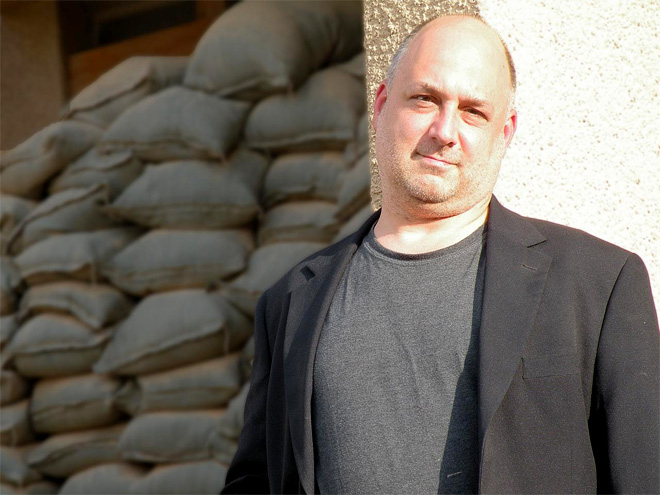 A veteran U.S. State Department foreign service officer lost his security clearance and diplomatic passport this week while the department investigates him over linking to a WikiLeaks document on his blog and publishing a book critical of the government.

Peter Van Buren, who is 51 and has worked for the department for 23 years, had his Top Secret security clearance suspended indefinitely for what the department calls his unwillingness to comply with rules and regulations regarding “writing and speaking on matters of official concern.” This is according to a memo (pdf.) the State Department sent Van Buren.

The move is purely vindictive, according to Van Buren.

“I’m fairly close to retirement [from government work] and this is a way of not allowing me to retire with a security clearance,” he said. “It’s like having a big scarlet ‘loser’ painted on my forehead.”

Van Buren said the State Department is deliberately suspending his clearance, instead of revoking it, in order to place him in limbo and deny him the ability to appeal the decision.

“If they go as far as revocation, that can be challenged right up through federal court,” he said. “The problem is the diplomatic security people know the rules, so they use temporary suspension as a way of taking away security clearance in a way that is unchallengeable.”

Until his case is closed, he can’t do anything about it, and investigators have been known to leave cases open for years, he said, denying workers the ability to appeal and effectively ending their careers.

“This is just their way of sending a message and creating an extrajudicial punishment that can’t be questioned or challenged,” he said.

Van Buren, whose new book is critical of U.S. reconstruction projects in Iraq, revealed last month that the State Department had launched an investigation against him for disclosing classified information.

The investigation started shortly before his book was to be released and right after he posted a link in an August 25 blog post about the hypocrisy of recent U.S. actions against Libyan leader Muammar Qadaffi. The link went to a WikiLeaks-published 2009 U.S. State Department cable about the sale of U.S. military spare parts to Qadaffi through a Portuguese middleman.

State Department investigators interrogated him twice, demanding to know who had helped him with his blog post and also drilling him about the details of the publishing contract for his book We Meant Well: How I Helped Lose the Battle for the Hearts and Minds of the Iraqi People, according to Van Buren.

Van Buren was warned that his refusal to answer questions would lead to his firing and that he could be charged with interfering with a government investigation if he wrote publicly about the investigation against him, which he did anyway.

The Principal Deputy Secretary of State subsequently wrote Van Buren’s publisher demanding three small redactions from a chapter of his book, which had already shipped to bookstores. The chapter, titled “Spooky Dinner,” is about a dinner Van Buren and other Department staff had with the CIA in Baghdad long after the fall of Saddam Hussein.

The meeting took place in one of Hussein’s former palaces, which the CIA had taken possession of, and dinner was served with Hussein’s former chinaware and stemware. The chapter discussed speculation about what secrets the dinnerware could reveal if it could talk — among them what Hussein and his CIA handlers might have said to each other when they met in 1983 to discuss the Iran-Iraq War.

The cable to which Van Buren linked in August was just one in a cache of more than 250,000 cables that WikiLeaks began publishing last November in concert with media partners in the U.S. and Europe. WikiLeaks had allegedly obtained the cables from former Army intelligence analyst Bradley Manning, who is currently awaiting trial on charges that he passed classified material to a third party.

In December 2010 the White House issued a directive warning federal employees not to access the government documents WikiLeaks published online.

“Classified information, whether or not already posted on public websites or disclosed to the media, remains classified, and must be treated as such by federal employees and contractors, until it is declassified by an appropriate U.S. Government authority,” the directive said.

Ironically, Van Buren had worked across the hallway from Manning for about six months in Iraq in 2009 and 2010 at Forward Operating Base Hammer, he told Wired in a phone interview Wednesday.

“I literally had my office across the hall from where he worked,” Van Buren said. “I don’t think I actually ever met the guy. The last time I had access to U.S. government secrets was on the Army system that Bradley Manning used.”

Van Buren said State Department security staff who informed him of his suspension this week didn’t even know who Manning was when he mentioned the name. The security guys, Van Buren said, thought he was trying to brag about his department connections.

“Don’t try to impress me with the people you know,” he says one of the staffers told him. “You could work for Secretary [of State Hillary] Clinton; the rules are the same.”

According to the memo announcing his suspension, Van Buren’s failure to obtain the department’s review before publishing his blog posts raised “serious security concerns” about his judgment in handling protected information and about his continued access to classified material and the safety of national security interests.

“These considerations dictate that, in the interim, you must, at a minimum, remain assigned to a position that does not include sensitive duties,” the memo reads.

Strangely, Van Buren works in the human resources division of the State Department – a job that doesn’t involve sensitive duties or classified information, he says. Although he doesn’t need a Top Secret security clearance for the work he currently does, the fact that the Department has suspended his clearance makes him look like a troublemaker to potential future employers.

“It’s a way of bending the rules and hiding behind security to slap down an employee whose done something that they don’t like,” he said.