Why Apple Added Little-Known C Spire as an iPhone Carrier 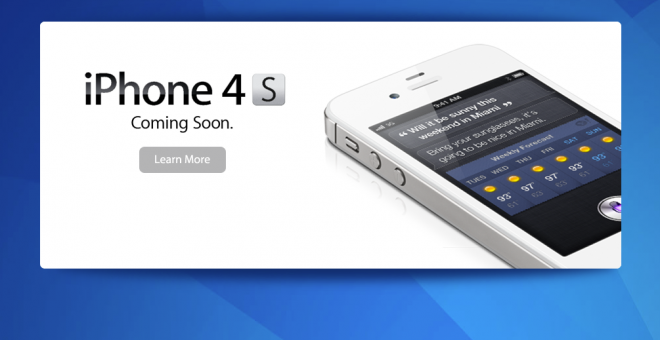 Apple will be expanding its iPhone 4S availability to another U.S. carrier in the next few weeks. No, it’s not T-Mobile, but rather C Spire Wireless, a small, regional carrier that’s popular in Mississippi and pockets of the Southeast. It’s hard to resist that Southern charm.

C Spire, which runs a CDMA-based network like Verizon and Sprint, will begin selling the iPhone 4S “in the coming weeks.” C Spire hasn’t released many details about the announcement, but Jim Richmond, director of corporate communications, said that interested consumers can sign up on the C Spire website to find out more information as it becomes available.

The C Spire announcement comes as a surprise to most Apple enthusiasts, as C Spire isn’t as well known as other national carriers, such as T-Mobile, or even Cricket Wireless. But maybe all the surprise stems from a likelihood that most Apple watchers are concentrated in large, metropolitan markets.

Another reason so few people have heard of C Spire Wireless: The company used to be known as Cellular South. The privately held regional carrier primarily has store locations in Mississippi, along with a few locations in neighboring regions of Alabama, Tennessee and Florida.

The iPhone 4S originally launched on AT&T, Verizon and Sprint on Friday, Oct. 14. The handset promises to be a big money maker for carrier partners, and has already sold more than 4 million units in its first weekend alone. In the past, the iPhone was exclusive to AT&T, and then Verizon began supporting the iPhone 4 in January of this year.

Given lowered price points for the iPhone 3GS and 4, it’s clear that Apple is trying to branch out and make its smartphone accessible to more customers. The majority of cellphone owners aren’t yet smartphone owners, whether due to tight personal budgets, network coverage issues, or because they feel they don’t need smartphone features. But partnering with a carrier in an under-served area where smartphones don’t yet rule the roost could provide Apple with a large number of potential new adopters.

Indeed, the location of C Spire’s customer base offers a number of benefits for Apple that may not be immediately obvious. First, Southerners are typically regarded late technology adopters, says Feland (and as a Texas native who spent several years in Tennessee and Mississippi, I can attest to this as well). This means C Spire has strong potential in converting “feature phone” users to iPhone users. What’s more, thanks to an improved broadband infrastructure and the exploding popularity of social media platforms like Facebook, technology-averse Southern customers might now be more easily swayed to purchase an iPhone, confident that (a) they’ll actually have reliable network service, and (b) they’ll have something really fun to do with their new devices.

But what of T-Mobile? Well, it’s a large national carrier, but already has a presence in the same places as AT&T, Sprint and Verizon. Because of this, “there are marginal additional unit sales available” for Apple to leverage, says Feland. And, of course, adding a heavyweight like T-Mobile to the mix could anger Apple’s existing iPhone partners. Working with C Spire, the nation’s 8th largest carrier, meanwhile, shouldn’t give anyone much of a scare.

“C Spire’s strong regional presence offers Apple more bang for their buck as they continue to push off an iPhone in every hand and an iPad in every home,” says Feland. “The Southern market is ripe for Apple’s picking.”

Whether C Spire will sell the iPhone 3GS or 4 isn’t yet known. Nor are the carrier’s pricing plans. However, C Spire could potentially offer unlimited data, as the company has an “80/40 plan” that offers unlimited minutes, data and messaging for $80 per month for the first line on a plan, and a mere $40 for additional lines. Currently, Sprint is the only carrier that offers an unlimited data plan for iPhone 4S owners.

Read 3387 times
Published in News Technologique-Tech News
More in this category: « How to Bring a Mermaid to Life Military 'Not Quite Sure' How Drone Cockpits Got Infected »
back to top