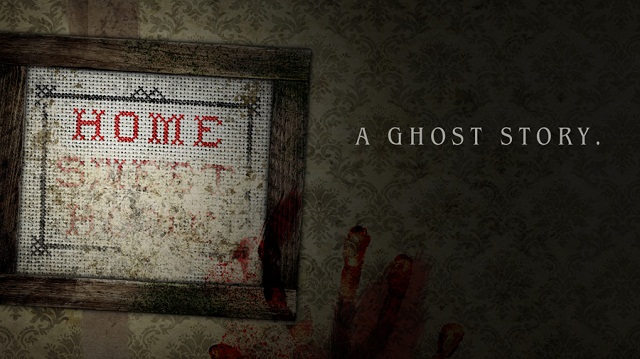 Embracing the spirit of Halloween, Fourth Wall Studios cooked up Home: A Ghost Story, a twenty minute supernatural thriller to showcase the relaunch of its RIDES platform. The narrative mixes together video, telephone calls, and text messages to cook up a powerful brew.

Last week, Fourth Wall Studios relaunched its website with a preview of things to come for the company and its first new experience on the company’s proprietary RIDES platform in over two years. The experience, Home: A Ghost Story, provides a proof-of-concept for storytelling that organically weaves video content with other media like email, text messages, and even telephone calls. In the spirit of the season, Home follows two sisters who return to their mother’s home to stage an intervention for her obsessive hoarding, only to learn that their mother wants to add one final piece to her collection.

Home: A Ghost Story starts out with a landing page that lets audience members choose the level of immersion for the experience. The Lite Experience plays out like a television pilot for a new season of The Twilight Zone, with 5 chapters of video content playing out over the course of 20 minutes, punctuated by texts, emails, and online chats between characters that appear directly to the right of the video at regular intervals. The Full Experience mirrors the content found in the Lite Experience but delivers the messages directly to your mobile device. During the registration process, visitors are asked to opt-in to their preferred level of involvement by providing contact information for emails, phone calls, and/or texts. This assures that when a character receives a phone call, the viewer’s phone rings and the action pauses until the call is answered. When the story calls for an email, an email is delivered straight to the viewer’s inbox. While most of the story’s content is delivered directly, visitors will have to actively seek out an additional piece of content featuring a cameo from a voice quite familiar to veterans of I Love Bees.

For Home: A Ghost Story, direct communications take on a supernatural air as manifestations of a mother’s attempt to drive one of her daughters beyond the brink of madness. As the chapters progress, “mama’s” communications grow increasingly ominous and slowly shift from communicating with the characters themselves to you, the viewer. The story’s omniscient narrator at first provides a voyeuristic view into the digital activity taking place around the house to complement the traditional video narrative. But as the story progresses, it becomes harder and harder to view the messages as being intended for anyone but you.

It’s been two years since Fourth Wall Studios produced their last installments on the RIDES platform as interactive trailers with Eagle Eye: Freefall, Watchmen’s 6 Minutes to Midnight, and Kings‘ UNN Exclusive, and the platform’s interface has advanced considerably in the intervening years. This also marks the first time Fourth Wall Studios has publicly used their platform for their own original IP. Previous incarnations of the RIDES platform have allowed audio telephone prompts to influence content displayed on the user’s web browser in real time, so there are likely a number of additional capabilities not shown in the initial Home experience.

Fourth Wall Studios’ site currently features a video trailer for Cathedral, one of two mobile games the company has in development. If the trailer is any indication of gameplay, Cathedral aims to combine the RIDES platform with ELSEWARE, the company’s forthcoming platform for augmented reality storytelling.

Read 3986 times
Published in News Technologique-Tech News
More in this category: « John McCarthy -- Father of AI and Lisp -- Dies at 84 A Google-a-Day Puzzle for Oct. 25 »
back to top