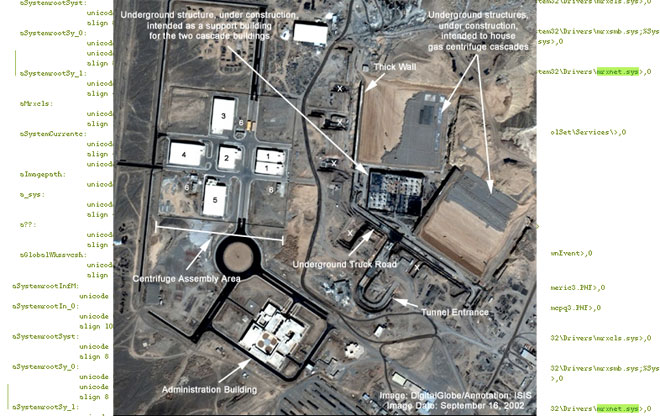 Wired senior staff writer Kim Zetter won a feature writing award from the Society for Professional Journalists of Northern California last week for her riveting story on how researchers discovered and dissected Stuxnet, a worm intricately programmed to wreak havoc on an Iranian nuclear facility.

And in a bit of nice timing, Zetter has officially committed to writing a book, tentatively titled Countdown To Zero Day, expanding on the tale. The book will investigate the implications of what is considered to be the first known virus intended to destroy critical infrastructure and the first shot fired in a new era of digital warfare. The book will be published by Crown (a division of Random House). No publication date has been announced yet.

Here’s a taste of the award-winning story:

It was January 2010, and investigators with the International Atomic Energy Agency had just completed an inspection at the uranium enrichment plant outside Natanz in central Iran, when they realized that something was off within the cascade rooms where thousands of centrifuges were enriching uranium.

Natanz technicians in white lab coats, gloves and blue booties were scurrying in and out of the “clean” cascade rooms, hauling out unwieldy centrifuges one by one, each sheathed in shiny silver cylindrical casings.

Any time workers at the plant decommissioned damaged or otherwise unusable centrifuges, they were required to line them up for IAEA inspection to verify that no radioactive material was being smuggled out in the devices before they were removed. The technicians had been doing so now for more than a month.

Normally Iran replaced up to 10 percent of its centrifuges a year, due to material defects and other issues. With about 8,700 centrifuges installed at Natanz at the time, it would have been normal to decommission about 800 over the course of the year.

But when the IAEA later reviewed footage from surveillance cameras installed outside the cascade rooms to monitor Iran’s enrichment program, they were stunned as they counted the numbers. The workers had been replacing the units at an incredible rate — later estimates would indicate between 1,000 and 2,000 centrifuges were swapped out over a few months.

The question was, why?

Read the full story from July, and for a follow-up, see Zetter’s story this week on the recent discovery of a mysterious successor to Stuxnet, called DuQu.