Modern Warfare 3 and the Exceptionalism of Violence 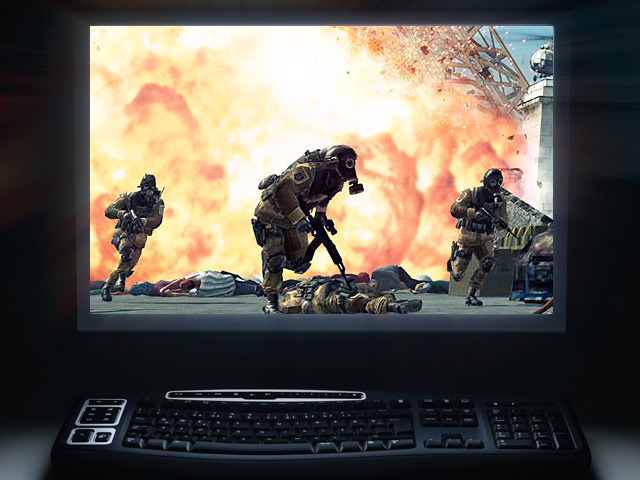 The introduction to the third game in the Modern Warfare series assumes I paid way more attention to the story in the first two games. Modern Warfare 2 may have had a story, but it was hard to follow, featured a number of characters dying for little reason, and it seemed to have been designed to get the player from one large-scale conflict to the next.

Modern Warfare 3, available now on Xbox 360, PS3, and PC, is laid out in much the same way, although the game will reference the two titles that came before it as a misguided way to bring some emotional relevance to the explosions going on around you.

I didn’t spend any time trying to figure out what was going on and, because of this, certain moments might have been robbed of gravitas. It doesn’t matter; this is a series that’s known for its action, not its well-drawn characters. This is a Modern Warfare title from feet to skull. If that idea turns you off, so be it. If you’re a fan, this is going to be heavenly.

The Engine Holds Up

Modern Warfare 3 has the bad luck of shipping next to Battlefield 3, a game that shows off a brand-new engine to great effect, especially on high-end PCs. In contrast, Modern Warfare 3 runs on Infinity Ward’s proprietary engine, and that beast began its life as a heavily modified version of the Quake 3 engine. It has been improved and modified since its debut in Modern Warfare 2, but it’s still old technology. Those behind the game get a little sensitive when you criticize the use of the older tech.

He’s right, and the game looks very impressive with all the details set to maximum. My gaming rig ran the game at around 150fps with all the settings set as high as possible. Your graphics card won’t be put to the test here, but the game still looks impressive. It suffers from a direct comparison to Battlefield 3, but there were still moments in the game that caused my jaw to drop, and the game offered large external battlefields as well as tight corridors without issue. Just because there is something that looks better doesn’t mean Modern Warfare 3 looks bad. That said, it may be time to invest in a new engine for the series, especially with so many other graphically impressive PC games hitting the market with new engines this year.

The game gives you a good selection of options to adjust the game’s graphics to run well on your system, and the upside to an engine this old is how well it scales for use on a wide variety of systems. There is also a mode to help color-blind gamers differentiate targets in multiplayer, which is something that the community has demanded for years.

The technology behind the Modern Warfare series is still up to the task, and everything was stable and polished in my time with the single-player game. All the issues have been removed from this engine, and many systems of differing power will be able to run it well. If you’re lucky enough to have a powerful gaming box, you will be able to see some very good looking scenes play out on your monitor. It’s possible no one at Activision is willing to invest in a new engine when we’re still at least a year away from the next generation of consoles, and the PC version of the game doesn’t seem to be as large a priority as the better-selling console versions. For now, the game’s visuals remain competitive. Part of that is the strength of the engine and work being done to keep it modern, and part of that is the masterful design of the action.

Next: A review of Modern Warfare 3’s single-player campaign.