Drive up a certain gravel road southwest of Shreveport, Louisiana and you will hear a primally powerful sound echoing through the trees: hoots and calls from a colony of chimpanzees, humanity's closest living relative.

They live in Chimp Haven, a forested 200-acre complex opened in 2005 and now home to more than 100 chimpanzees. Some come from roadside zoos and ill-advised pet owners; many were used in medical research, where they spent decades in often-traumatic captivity.

Whether and how chimpanzees should be used in research is a controversial moral question, but Chimp Haven represents an ethical common ground about what should happen when research is finished. Somebody should take care of the chimps.

Under the CHIMP Act, passed by Congress in 2000, every chimpanzee used in government research is guaranteed that care. Chimp Haven, which runs on funding from the National Institutes of Health and private citizens, provides it -- and more may soon be needed. A controversy over retired chimpanzees nearly returned to laboratory life pushed research into the national spotlight. The Great Ape Protection and Cost Savings Act, which would ban medical research on chimpanzees, has bipartisan support in Congress. Many scientists have joined activists in calling for an end to medical experiments on chimpanzees, and the Institutes of Medicine -- scientific advisors to the United States -- may soon declare that using chimps isn't necessary to fight disease.

Should that research end, more than 1,000 chimpanzees now in U.S. laboratories will need new homes. Wired Science visited Chimp Haven to see how that might be done. 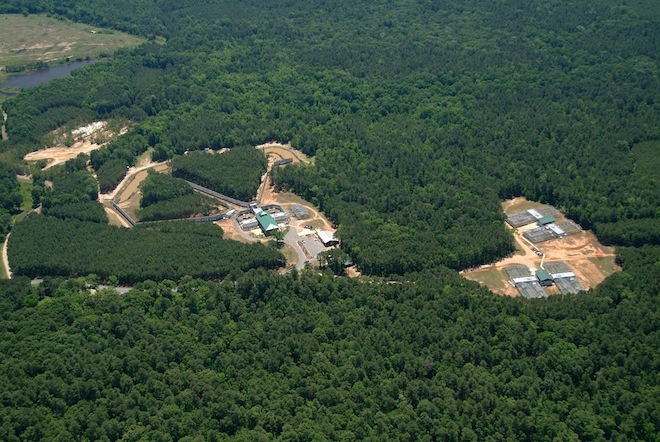