Empty Threat of Drones Saved the CIA in Somalia 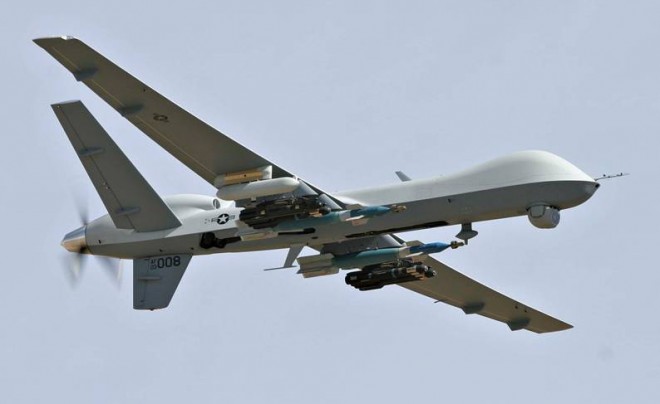 The threat of drone attacks was all that protected CIA agents in the early years of the Agency’s continuing efforts to take out al-Qaeda operatives in Somalia. The thing is, the threat was a hollow one. The drones weren’t there.

That’s just one of the surprising revelations in the latest installment in Army Times reporter Sean Naylor’s investigation of U.S. intelligence operations in Somalia and Kenya.

The U.S. was heavily involved in East Africa in the early 1990s, even spearheading a large-scale humanitarian and peacekeeping operation aimed at stabilizing Somalia during the early phases of its ongoing civil war. But the deaths of 18 U.S. service members in Mogadishu in October 1993 — a tragedy explored in the book and film Black Hawk Down — ended all that. For nearly a decade, the U.S. all but abandoned Somalia. “Nobody had the stomach for it,” a Special Operations source told Naylor.

The CIA returned to Somalia in fits and starts in the years immediately following the 9/11 attacks. The main goal: to track down and capture or kill the growing number of al-Qaeda operatives seeking refuge among Somalia’s extremists. Starting in 2003, small teams of CIA agents, commandos and interpreters flew into Somalia from Kenya aboard the daily flights that delivered khat, a popular narcotic.

American agents used a carrot-and-stick approach to drawing information out of Somali warlords with knowledge of al-Qaeda’s East African operations. Cash payments to warlords represented the “carrot.” U.S. air power was the “stick.”

But until recently, there weren’t any military or CIA drones over Somalia. “We really didn’t have a stick,” an unnamed veteran of U.S. intel ops told Naylor. All of America’s Predator drones were tied up in the skies over Iraq, he explained. In other words, the CIA was bluffing. “But it worked,” the intel official said.

Protected by a effective bluff and constrained by Bennett’s rules, the CIA’s Somali operations succeeded in buying up dangerous surface-to-air missiles previously in extremists’ hands. U.S. agents also developed information and targeting data that allowed the military to take out several high-profile terror leaders, including Aden Hashi Ayro, killed by a Navy cruise missile strike in 2008.

The CIA’s Somali ops are undoubtedly much more extensive today, now that the U.S. is openly pouring military and intelligence resources into Africa. For one, agents are no longer bluffing when they say there are drone warplanes overhead.