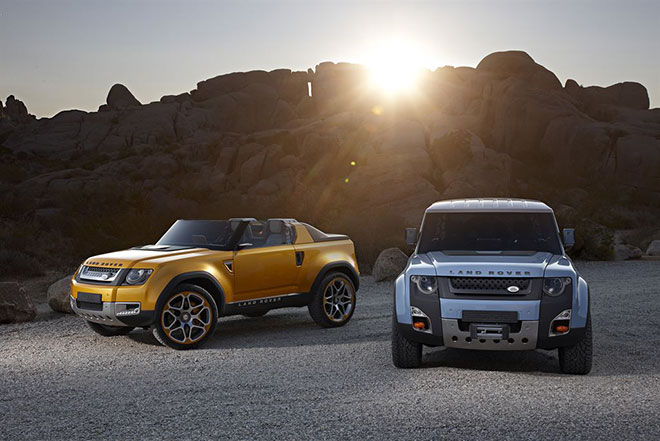 We never thought it was possible, but Land Rover has taken one of the most badass go-anywhere vehicles in the history of forever and made it cute.

The venerable Defender, a vehicle perfectly suited to chasing down wildebeest, crossing deserts and overthrowing banana republics, has been re-imagined as “an active expression of freedom and leisure.” In other words, just the thing for cruising to the shopping mall.

It wouldn’t be so bad if the blue DC100 and yellow DC100 Sport concepts making their American debut at the L.A. Auto Show were flights of fancy, as we often see at these things. But at least one exec says the DC is all but headed for showrooms in five years or so.

“The reality is we are going to put it into production,” Land Rover lead designer, Gerry McGovern, told The Los Angeles Times. “We have to.”

Strictly speaking, Land Rover says the cars are here “to gauge reaction and explore the possibility of bringing the Defender back to the US market.” And clearly the Defender, a direct descendant of the very first Land Rover, needs updating. It is essentially the same vehicle that debuted in 1948, an aluminum body on a steel frame with a diesel (or gas) engine and no airbags — that last being the reason the Defender hasn’t been sold here since 1997. According to the Times, pending airbag regs in Europe mean the Defender’s days are numbered.

But rather than simply update the Defender with the appropriate equipment, Land Rover is considering … this.

The DC100 concepts share some styling cues with the Defender, particularly the oversized grille and headlamps, short overhangs and slab-like sides, but they’re clearly a new direction for the brand. The Defender is going upscale. That’s a shame, because its timeless utilitarianism and unapologetic embrace of function above all else always was part of its appeal.

That’s not to say anything based on the DC100 won’t be capable of carrying you further into the wild than prudent. That’s what Landies do. And who knows — maybe the DC will be every bit as badass as the Defender. The concepts feature Land Rover’s “Terrain Response” system that automatically adjusts the suspension to suit whatever mess you’ve gotten yourself into. There’s something called Terrain-i, which scans the path ahead, tells you there’s no way in hell you’re making it over that boulder and suggests another route. And Wade Aid (seriously?) all but guides you through water crossings.

In a nod toward improved fuel economy (never a strength for Land Rover), the all-wheel-drive DC concepts feature an eight-speed transmission, stop/start tech and the ability to decouple the rear axle to save fuel.

It’s all very cool. It’s all very modern. And it’s so unfortunate that it’s all contained within a vehicle that looks like the Honda Element, when Landie could have just as easily packed it all into, well, the Defender. The Land Rover DC100, which may appear in showrooms within five years or so. 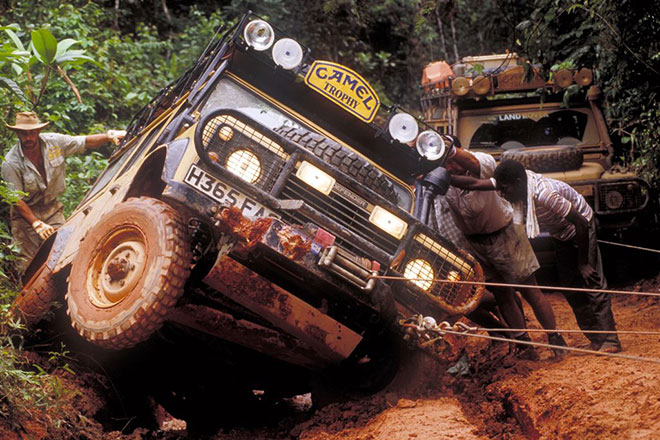 The Defender in its natural habitat.

Read 3580 times
Published in News Technologique-Tech News
More in this category: « Intel Shrinks Supercomputer Into the Palm of Your Hand Your Phone Is Too Fat »
back to top