Doctor Who Expert Richard Molesworth on the Search for Lost Episodes 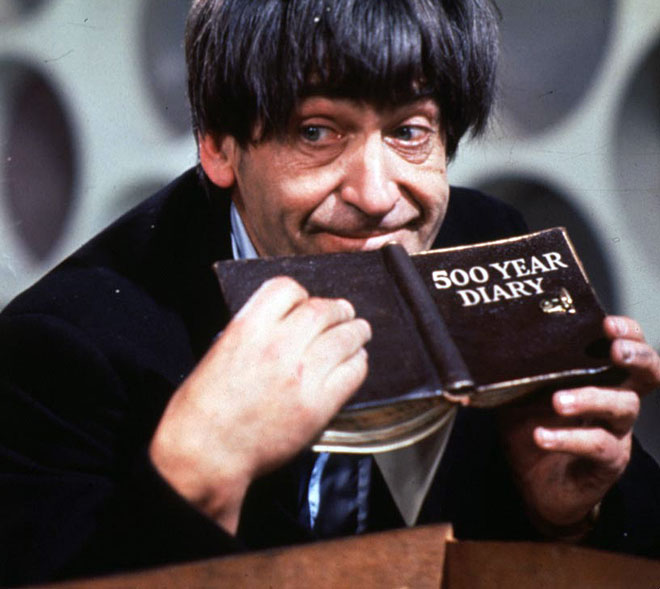 Patrick Troughton's first appearance as the Second Doctor was in one of Doctor Who's great lost episodes.
Image courtesy BBC

Some calamities are so great that even a Time Lord can’t resolve them. Like the way the BBC thoughtlessly erased more than 200 episodes of Doctor Who to make room in the British broadcaster’s archives.

Tragedies like this prompted Wired to launch Relic Wranglers, a community to help study and maybe even recover lost works. If any potential Relic Wranglers want inspiration, look no further than efforts to recover the missing Doctor Who episodes, spearheaded by people like Richard Molesworth.

An aficionado-turned-expert within the realm of Doctor Who, Molesworth says even today, sometimes 50 years after certain lost episodes originally aired, they remain one of the hottest topics of debate among fans (whether it’s due to anger, rumor, hoaxes, etc.).

“Are there any more missing episodes awaiting to be recovered, though? Or have we got to the point where every lost episode that was ‘out there’ has now been found?” says Molesworth, who has written for Doctor Who Magazine, authored a book specifically on lost episodes (Wiped! Doctor Who’s Missing Episodes) and still participates in the Doctor Who Restoration Team, a group of dedicated fans who work to prepare old episodes for DVD release.

Molesworth has written extensively about how these Doctor Who episodes disappeared: Many from the ’60s were recorded to videotape instead of film, and with no mandatory library for videotapes at the time, they were periodically wiped. In some cases, film copies were made, and these sole surviving copies have turned up all over the globe. Molesworth can point to a number of successful recoveries, like an episode titled “The Lion,” which was recovered by two fans in New Zealand.

“You never know what private film collectors still have tucked away in their collections,” Molesworth says. “Not that the material is being deliberately hoarded or withheld, but they genuinely don’t know that they’ve got a copy of something rare and unique.”

Efforts to find more episodes cross many different countries (when the shows were broadcast overseas, episodes were often transferred to film and physically shipped). Molesworth says one of the best current initiatives is happening in Africa, where two of his colleagues are exploring TV archives in many countries. More than a hundred erased episodes have been recovered. But finding episodes today is harder than ever — only a couple have turned up in the last decade.

Does Molesworth have a holy grail, one particular reel of film that he’d most like to see recovered?

“Personally, if it would be possible to find just one more missing episode, I’d have to go with Patrick Troughton’s very first appearance as the Second Doctor, in Episode 1 of ‘The Power of the Daleks.’” (The episode was the first time that the torch was passed from one Doctor to another.)

What can the Doctor Who group on Relic Wrangers do to help the cause? Molesworth says an adventurous Relic Wrangler with a passion for Doctor Who can aid the effort with location research.

“The best bet is to keep a lookout for 16-mm black-and-white films for sale,” he says, adding that the Missing-Episodes.com Forum is a great resource.