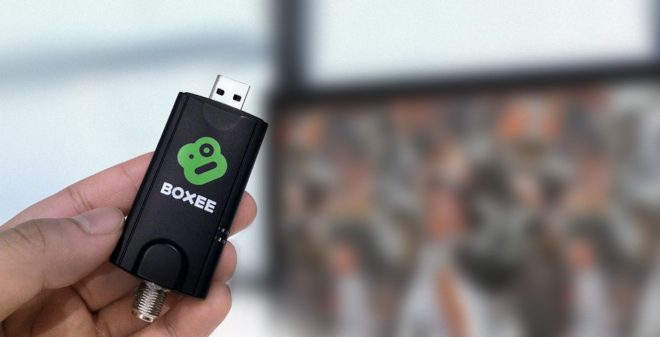 I abandoned cable TV years ago. I couldn’t afford to spend hours in front of the boob tube, absorbing Jersey Shore-isms and Two and a Half Manliness. But there are definitely times when I miss being able to watch TV, live and in HD.

Luckily, Boxee, maker of the Boxee set-top box, has come up with a solution that provides access to basic live TV, in HD, without the need for a cable subscription.

It’s the Boxee LiveTV dongle. LiveTV gives you access to basic channels like ABC, CBS, NBC and Fox in HD, all without a monthly subscription fee. This Boxee Box add-on costs $50, and is currently available for pre-order.

Boxee, like other set-top boxes, lets users watch streaming content from Netflix, VUDU and other sources, with iOS apps for mobile viewing. Products like Apple TV and the Roku set-top box provide similar solutions. In 2009, television stations across the nation began broadcasting solely in digital, necessitating a converter box or antenna (depending on your set) for subscription-free reception of the major over-the-air networks. HD is also available over the air, but many people don’t currently take advantage of that, instead sticking to costly cable subscriptions.

Boxee’s CEO Avner Ronen describes the new set-top box add-on, and the company’s philosophy, in a blog post. “We believe the combination of Netflix/Vudu/Vimeo/TED/etc. with over-the-air channels delivers a much better experience for less money,” Ronen says in the post. Indeed, in 2010, the average digital cable subscriber was paying $75 a month for access, and that number rises about 5 percent each year.

Ronen told Wired.com via e-mail that Boxee believes there are three important consumer classes on the rise: “cord-never getters” (young people who have never signed up for cable TV before), “cord-cutters” (those who have cable but realize other services can satisfy their needs), and “cord-shavers” (people whose viewing habits have changed, but have just switched to a lower-end subscription package).

“Our assumption is that our users will watch most of their favorite shows from services such as Netflix, Vudu, Hulu, etc. and will tune in to live TV to watch live events such as sports, news, and award shows,” Ronen said. 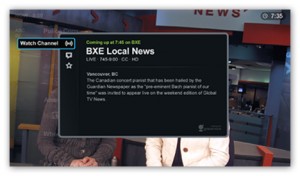 89 of the top 100 shows on television are on broadcast TV. Image: Boxee

Is this a safe assumption? I took to Twitter to see how my followers get their TV fixes. While this method can’t provide an empirical sampling of the public at large, it does provide a peek into the Wired-oriented lifestyle, and Boxee’s potential audience.

Well, it seems that a need for live sports coverage — something that must be enjoyed in the moment — is the main reason why some people are hesitant to cut the cord, and it may be the only reason they ever watch live TV.

Rob Givens tweeted back that he uses Comcast only for HD sports, and other than that, watches shows on Hulu or on other streaming services. Christopher Golobish (and others) also tweeted that they rely on streaming “aside from football.”

For others, “live” doesn’t really have any draw at all.

“I own a TV solely so I can hook up computers and my Apple TV to it. Any shows I watch are downloaded or on Netflix,” TheNextWeb’s Brad McCarty tweeted. Hector Leiva watches Hulu for current shows and uses his Xbox 360 for Netflix streaming.

Twitter user @sjsmac tweeted that in his household, he has “Comcast digital cable and Tivo series 3 HD. We also buy a few show seasons on iTunes. Have an AppleTV for that.”

For now, LiveTV is a USB add-on you attach to a Boxee set-top box. It connects to your HD antenna/cable, and to your Boxee Box via USB. It’s compatible with signals from HDTV antennas or an unencrypted cable connection, and a portable antenna is included. If you don’t have a strong over-the-air connection, Boxee recommends a roof-top antenna or a basic cable package.

“If Boxee LiveTV is successful, then we will probably want to have an option for people to get it as part of the box,” Ronen said via e-mail. When asked if he expected pushback from cable providers regarding this device, Ronen said that he supposed cable providers will not like it. “They enjoyed a monopoly for many years, didn’t like satellite and IPTV competing with them, so I assume they will not be excited to see the over-the-air/over-the-top combo offering an alternative.”

Although you can get high-def over-the-air content without a dongle like LiveTV, for those who have a Boxee set-top box, the $50 widget is a quick, easy solution. And it means you may be able to finally snip that cable subscription once and for all.

Read 3265 times
Published in News Technologique-Tech News
More in this category: « A Father-Son Trip to 343, The Maker of Halo Sandy Bridge-E: Core i7-3960X Is Fast, But Is It Any More Efficient? »
back to top