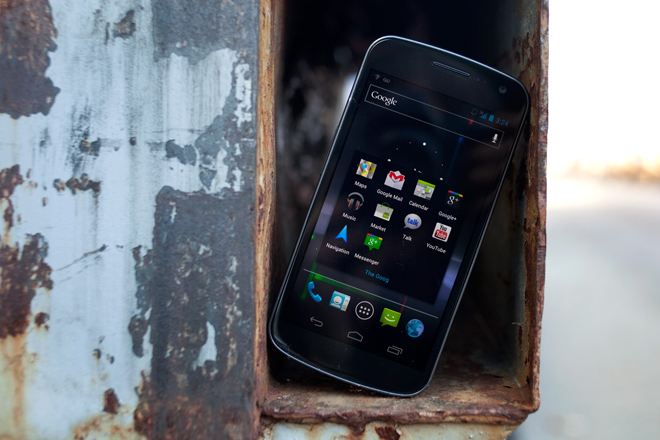 The things we’ll do for love.

Everyone knew exactly what he was getting at. Android might be the world’s most dominant smartphone OS with a 52 percent market share among global users, but compared to iOS, and even the upstart Windows Phone, it’s just not very fun.

Indeed, Android is feature-packed and powerful, but it’s always been the mobile OS for nerds. It’s a workhorse, not the prancing pony you just want to hug.

And so the latest version of Android — Ice Cream Sandwich, or ICS — was developed from the ground up to be, as Duarte described it, “enchanting.” I’ve spent the last 24 hours playing with ICS via Samsung’s Galaxy Nexus smartphone, and I can report it’s filled with buckets of surprise and delight.

This is not an incremental revision. In the quest for Android love, Duarte’s team clearly committed itself to a successful courtship. ICS is a significant overhaul from Gingerbread (Android 2.3), and once users really begin poking around its nooks and crannies, they’ll find a raft of features that not only work well, but should also provoke smiles. 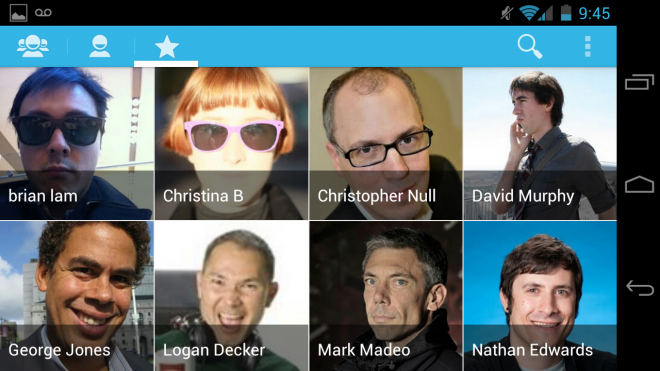 When you sync with Google+, thumbnails of the favorites in your People database become high-res.

These are all seemingly small enhancements, but they leave the impression that Google’s Android team descended upon its source code in coveralls and hard hats, and proceeded to renovate, refinish, and repaint every square inch of the OS.

All physical navigation buttons have been excised. In their place: Virtual buttons that throb and glow when pressed. Live wallpapers now grace a new home screen with serene, slow-moving animations. And even cooler animations surface when you swipe through your apps tray or photo gallery and come to the end of the list — the icons shift en masse on a central axis, as if to say, “You’re pulling me, but I can’t go any farther, so it’s time to stop.”

And how’s this for fun and convenience: When reading email messages, you can flick your screen right or left to read any message that comes before or after the one you’re currently reading. This basic flick gesture appears throughout the new OS. You can use it to quickly remove individual alerts in your Notifications list, individual browser thumbnails in your browser Tabs view, and any recently used app in the new Recents menu (which is a transplant from Honeycomb, the Android tablet OS).

The list of ICS enhancements goes on. Home-screen widgets are now resizable. A new calendar app has cells that expand and collapse with a simple pinch, allowing you to view either smaller or larger blocks of time. The browser is now not only ostensibly faster (though this could be credited to Samsung’s hardware), but also includes a Save for Offline Reading feature that allows you to suck down any page for reading off the grid. In the same menu where that feature is located, you can hit Request Desktop Site to directly navigate away from the browser’s default mobile-optimized view.