Alt Text: Give Thanks for Eels and Spam 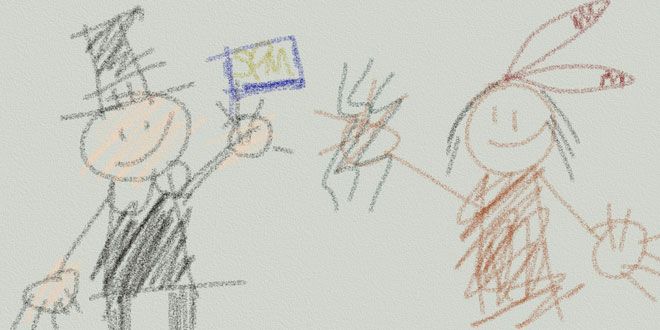 Fire up the tradition-making machine: It's time to update the Thanksgiving menu for future eaters.Image: Lore Sjöberg

This Thanksgiving, millions of Americans will sit down to a traditional meal in celebration of all that the New World has given us.

First, Mother will bring out the eels and cod. Who doesn’t have fond memories of seeing a huge plate of grilled eels and cod set down on the dinner table? Make sure Grandpa gets the eyes! Of course, nobody would expect to eat just one type of seafood on Thanksgiving. Mussels and clams are in abundance, although some poor families make do with lobster.

Naturally, the centerpiece of any Thanksgiving meal is the birds. Turkey is a popular choice, but to many people Thanksgiving just wouldn’t be Thanksgiving without at least a couple roasted ducks and a swan or two.

The kids would just as soon eat nothing but birds and shellfish, and maybe a few wild berries, but the grown-ups are there to make sure they eat their vegetables. No dessert until you eat your dried corn, beetroot and beans.

Yeah, OK, swan and eel are pretty much off the Thanksgiving menu these days. Instead we eat various traditional foods that weren’t at what’s widely considered the ur-Thanksgiving, at least in the United States.

Candied yams — actually sweet potatoes, but “yam” is a fun word — wouldn’t be invented for almost 200 years. If anyone thought to mash potatoes with butter and milk before the 1700s, they kept it to themselves. And as for green beans with fried onions and condensed cream of mushroom soup … I’ll let you ponder that one.

But that’s part of being American, and it’s arguably more American than actually expressing gratitude. We insist on eating authentic, traditional foods from other cultures, and we also insist that those foods be something we were already planning on eating. So along with our real Mexican fajitas, our authentic Chinese General Tso’s chicken and the California rolls that the Japanese were so kind to name after our most sushi-loving state, we have our Parker House rolls and our cranberry sauce, just like the pilgrims!

What will future Americans think of as traditional pilgrim food?

It makes me wonder what future Americans will think of as traditional pilgrim food.

Will the overeaters of 2211 finish their meal with a real, pilgrim-style latte (invented in Berkeley, California, in the 1980s)? Will they imagine that the residents of Plymouth had the time to stuff chickens inside of ducks inside of turkeys (Louisiana, 1985) or that the first Thanksgiving spread featured ham and cheese pinwheel sandwiches (somewhere in the United States, somewhere around 1987) as hors d’oeuvres?

The important thing here is that this is one of those rare opportunities to influence both the future and the past. What we eat now may become the tradition of the future, and thereby be considered an authentic part of the colonial-era giving of thanks.

Toward that end, I’m going to be having the following foods for Thanksgiving, in hopes that some child of the future will draw a picture of men in buckled hats and women in pinafores sharing the same meal with Squanto.

Please join me in this endeavor, so that we might make the people of the future look kind of dumb long after our deaths. And thanks.

Born helpless, naked and unable to care for himself, Lore Sjöberg overcame these obstacles to break the news that pilgrims didn’t actually wear those buckle hats, either.

Read 3637 times
Published in News Technologique-Tech News
More in this category: « Rogues Falsely Claim Copyright on YouTube Videos to Hijack Ad Dollars Darpa: Do Away With Antibiotics, Then Destroy All Pathogens »
back to top